“crack in everything that’s how the light gets in”

Photographer: AVISHAG SHARR-YASHUV
Title: “crack in everything that’s how the light gets in”
Location: West bank - Israel
Period: 11/2021 - 11/2021
Category: Solutions

In 1993, the Roth's family woke up one morning to find themselves members of a clan every Israeli lives in mortal dread of joining – the bereaved.
Less than a decade on and the Shehadehs of Jenin, Palestine, also followed suit.
Years later, Udi’s surviving brother, Yuval, and Saed – the late Dalal’s brother will cross paths under circumstances that will bind them together in life, as opposed to the grief shared by both their families.

For more than a decade now, Yuval Roth, along with dozens of volunteers at the foundation he had started, and which legendary singer-songwriter – the late Leonard Cohen, was a founding patron of, provides critical aid and assistance to countless ailing Palestinians on a daily basis.
Yuval and his volunteers turn up at Israeli security checkpoints where they collect any and all patients in need of care and transport them to various hospitals around Israel where they have access to medical care otherwise unavailable to them in Palestinian-ruled territories.

One of those patients is Saed’s son – Yamen Shehadeh.
Twelve-year-old Yamen was born with a rare genetic condition that already, at a week old, saw him rushed out of his hometown of Jenin and taken to Haifa’s Rambam Hospital, in the north of Israel.
He has since undergone hundreds of treatments and well over 10 operations that have achieved the impossible and helped the young boy walk – against all medical odds. 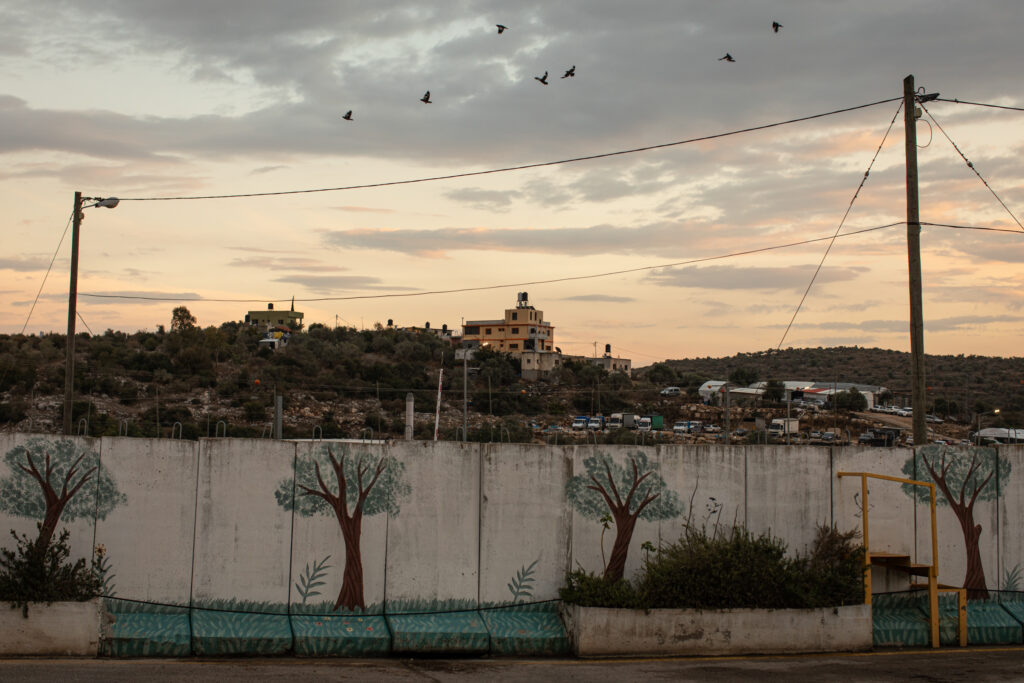 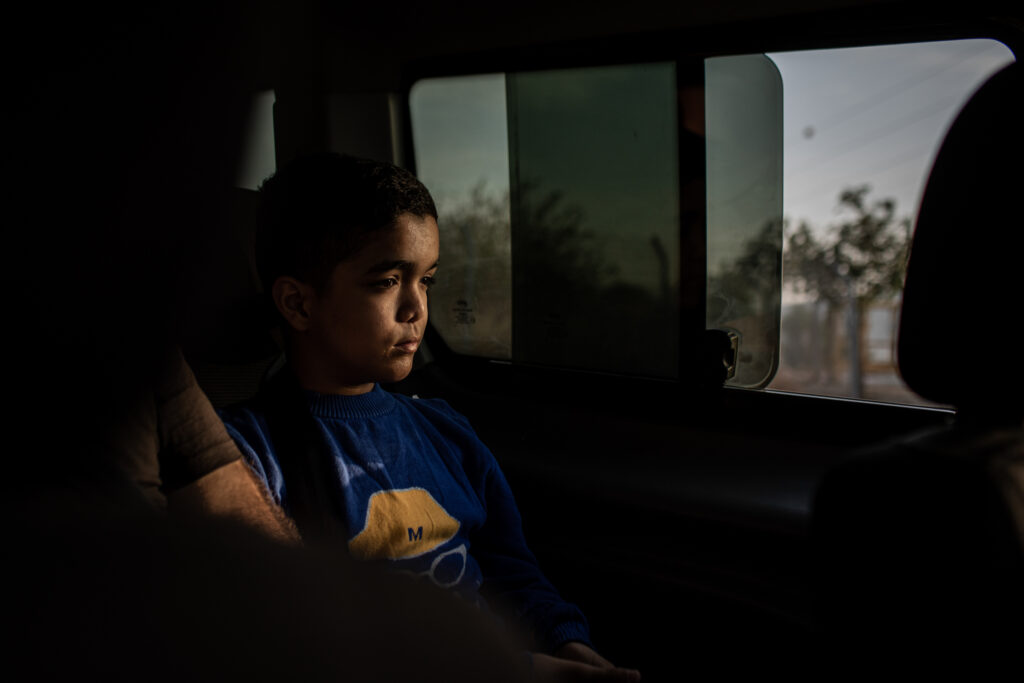 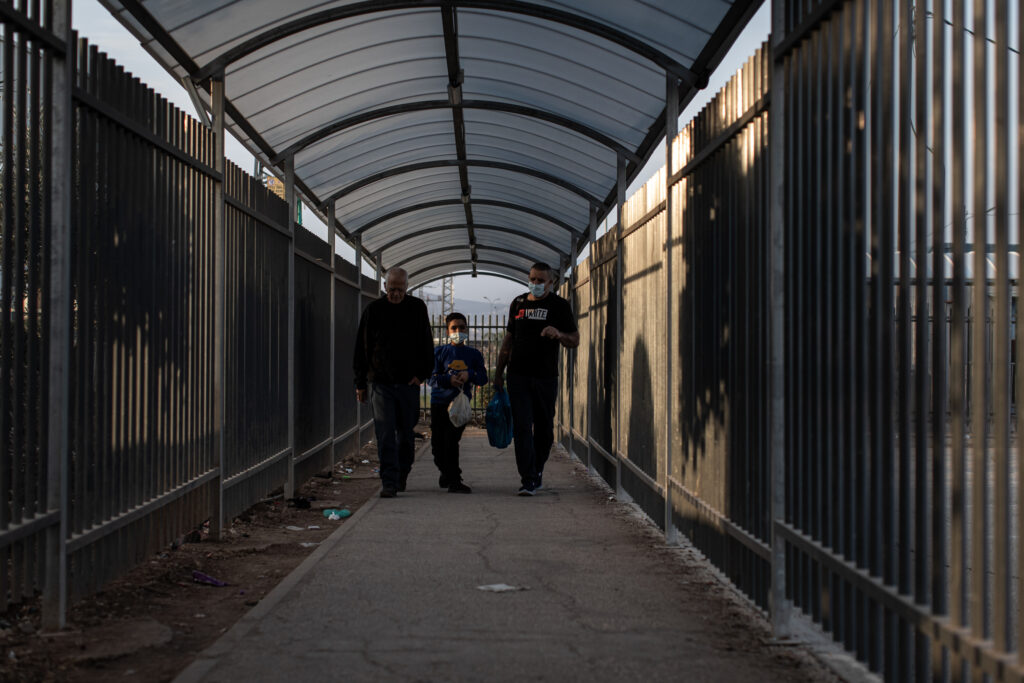 Yuval with Yamen and Saed 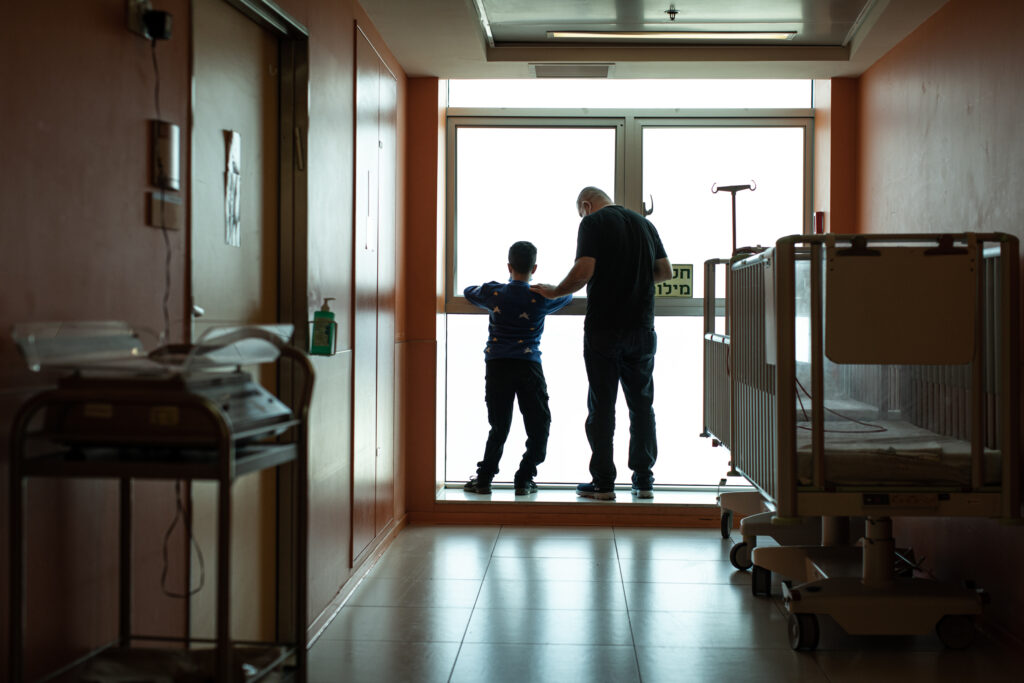 Saed and Yamen at Rambam Hospital 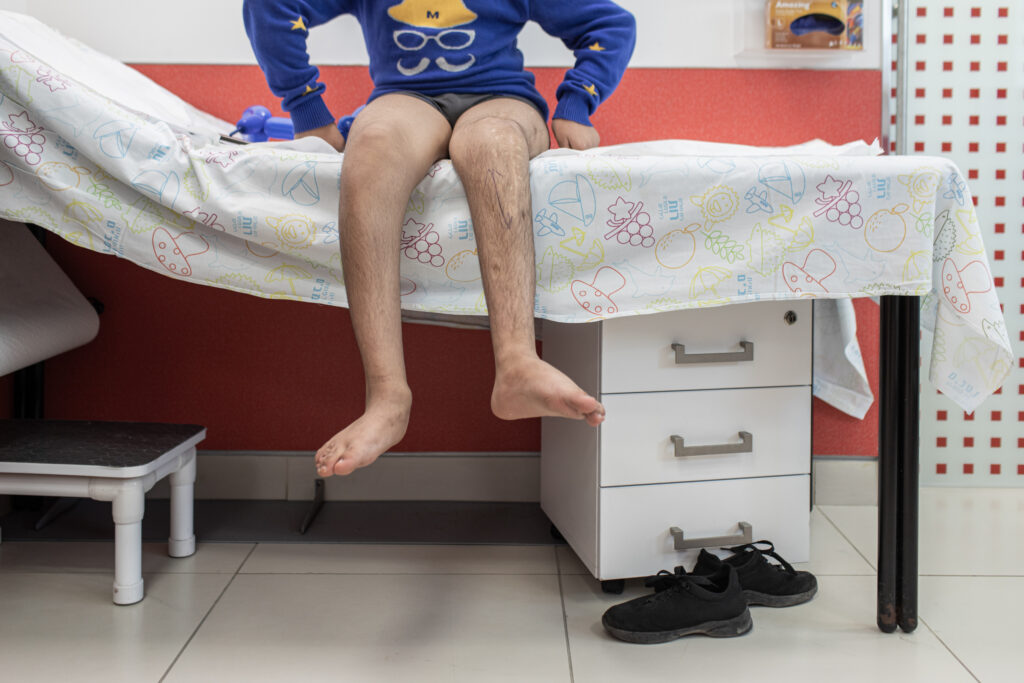 Yamen waiting before going into the operating theatre. 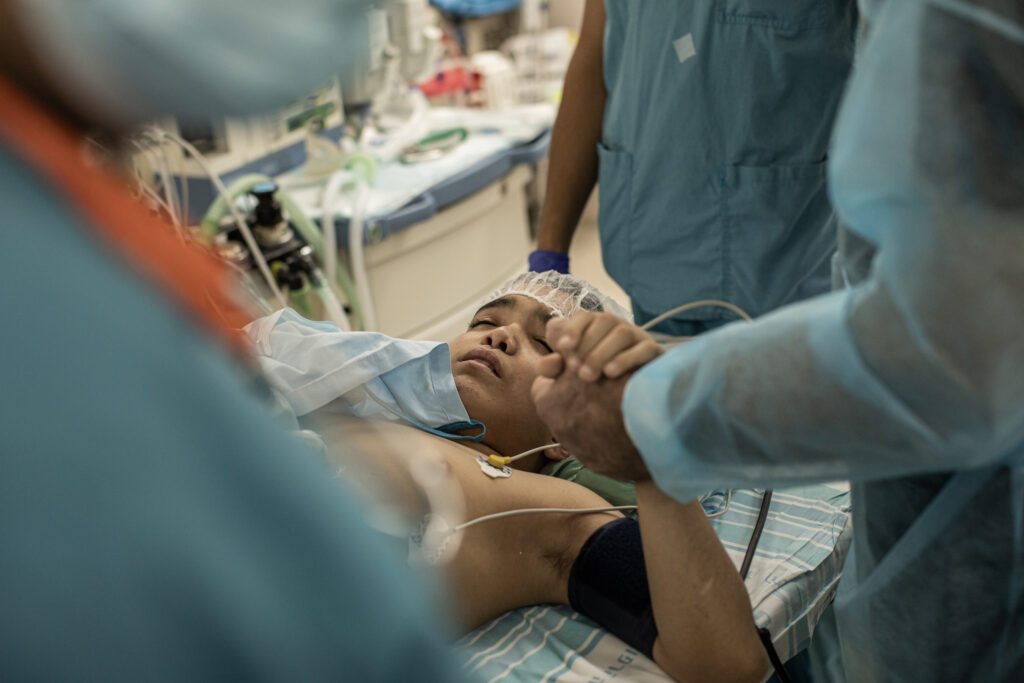 Yamen on the operating theatre table. 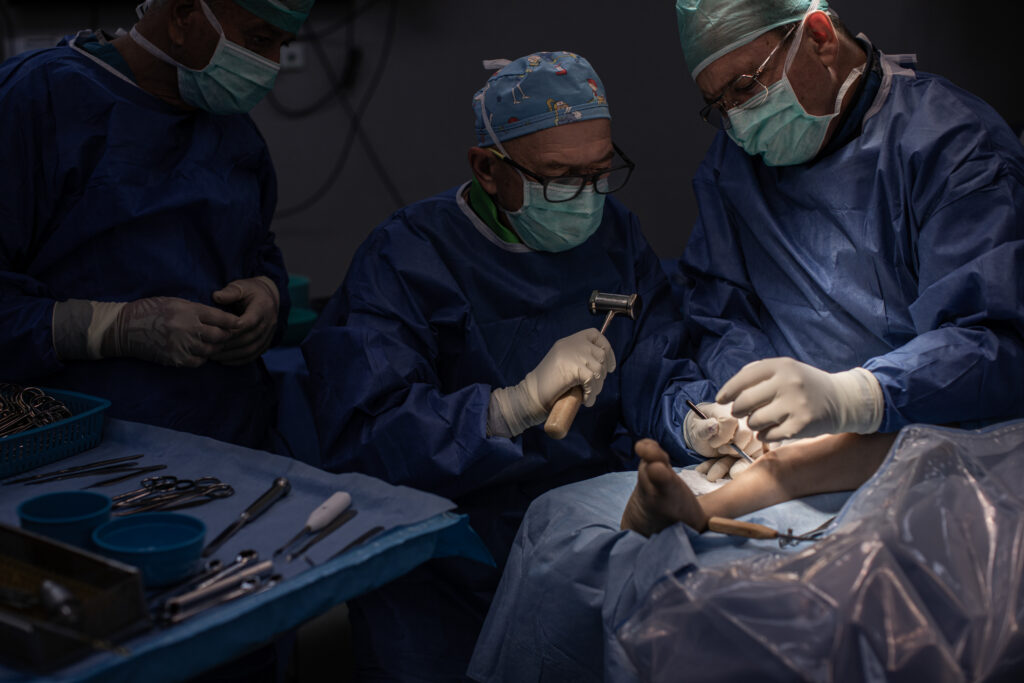 The medical team in the surgery. 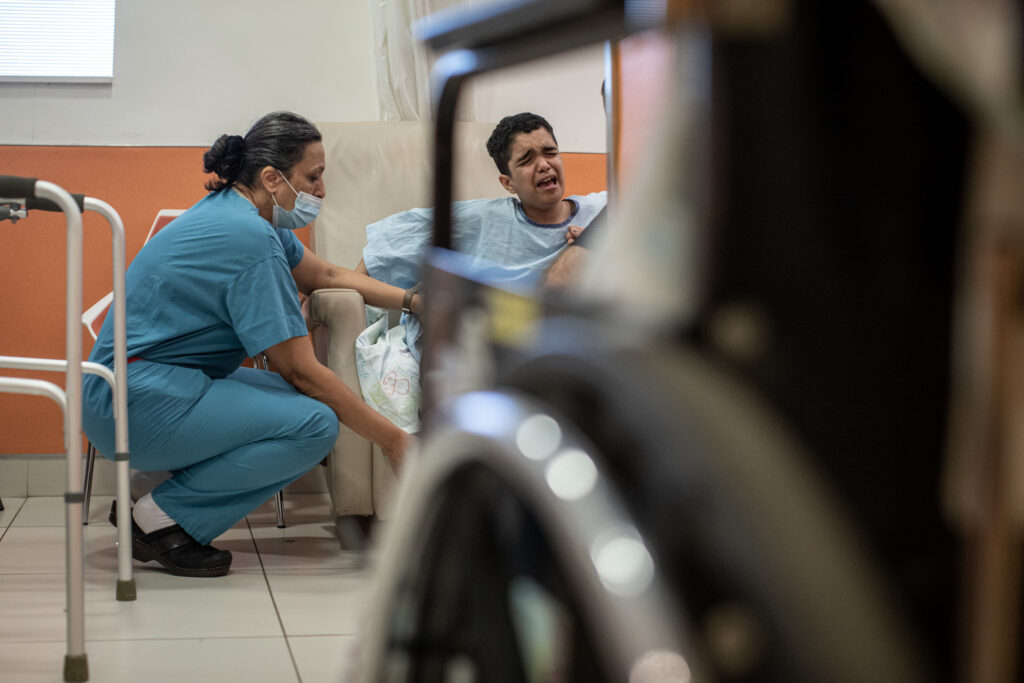 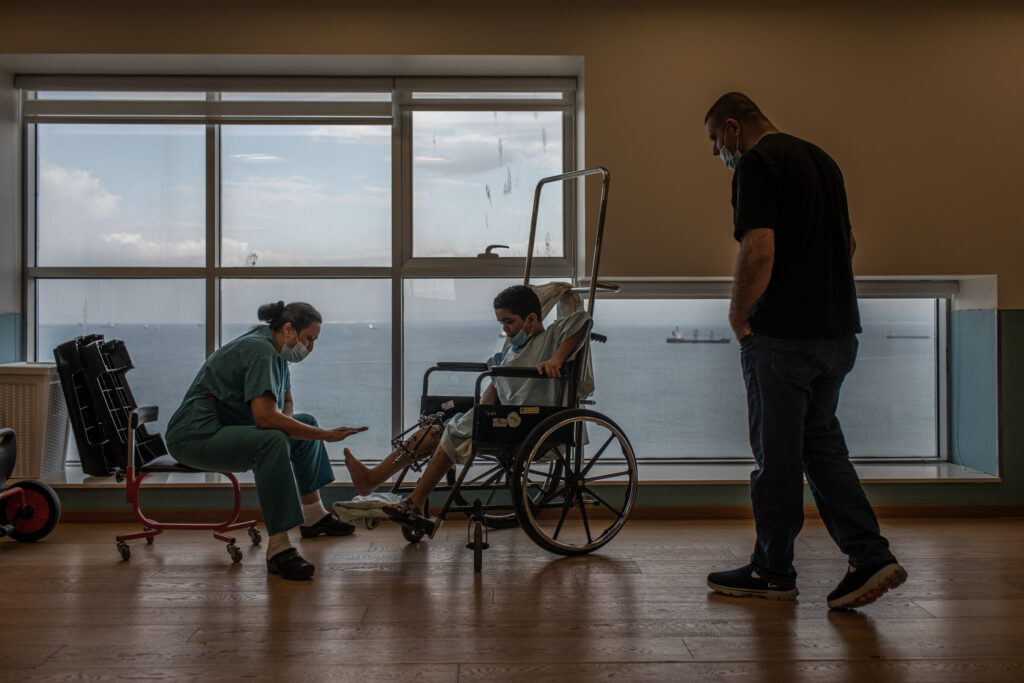 Yamen in the In physiotherapy treatment 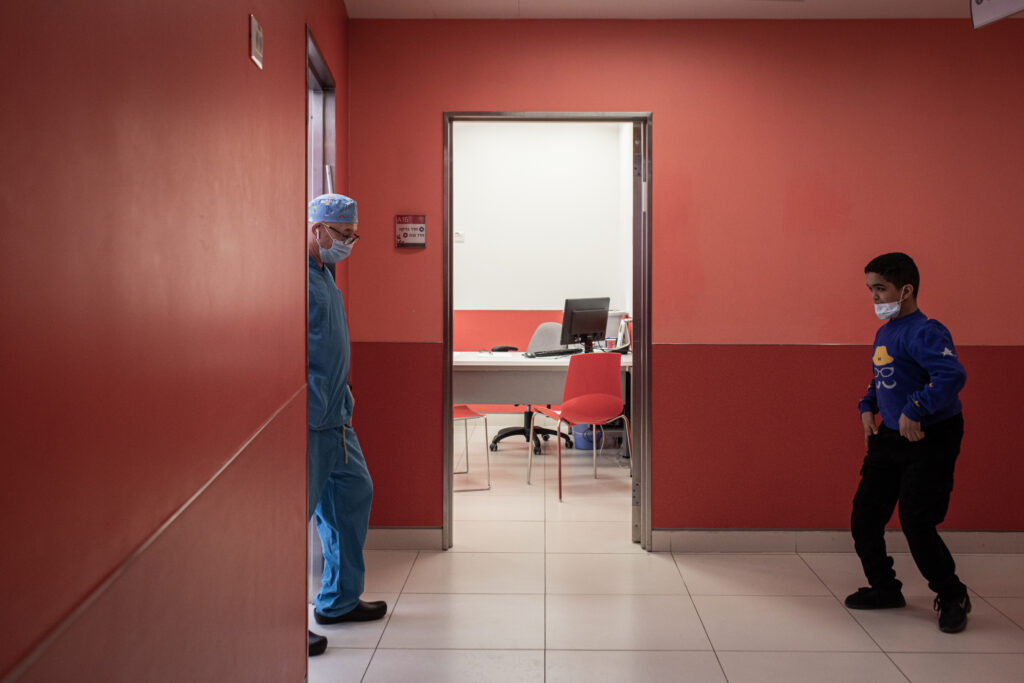 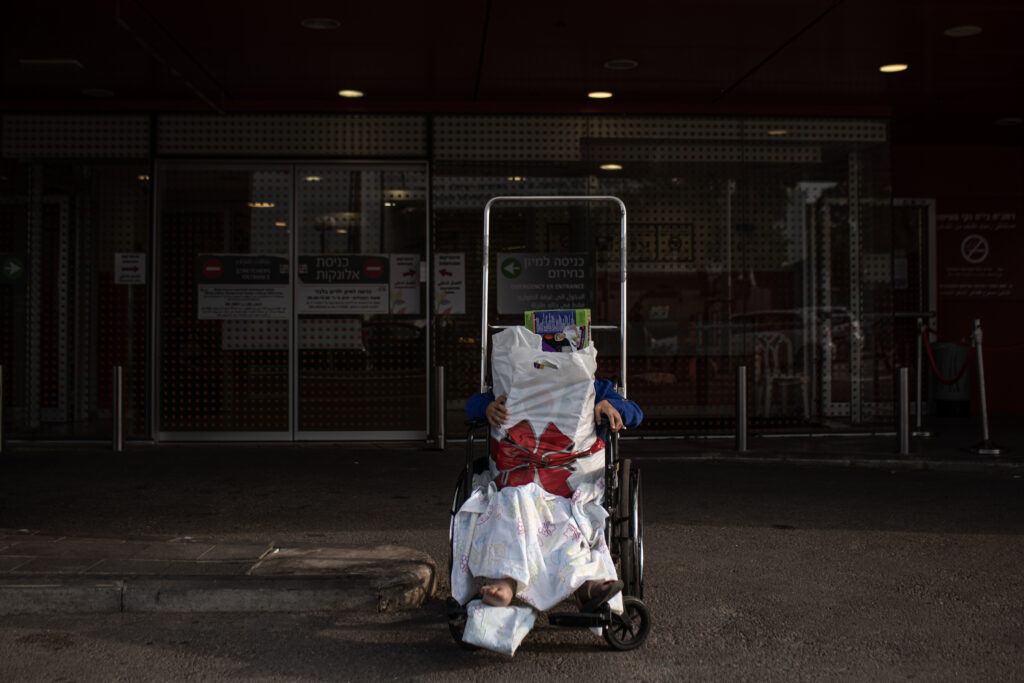 Yamen outside the hospital 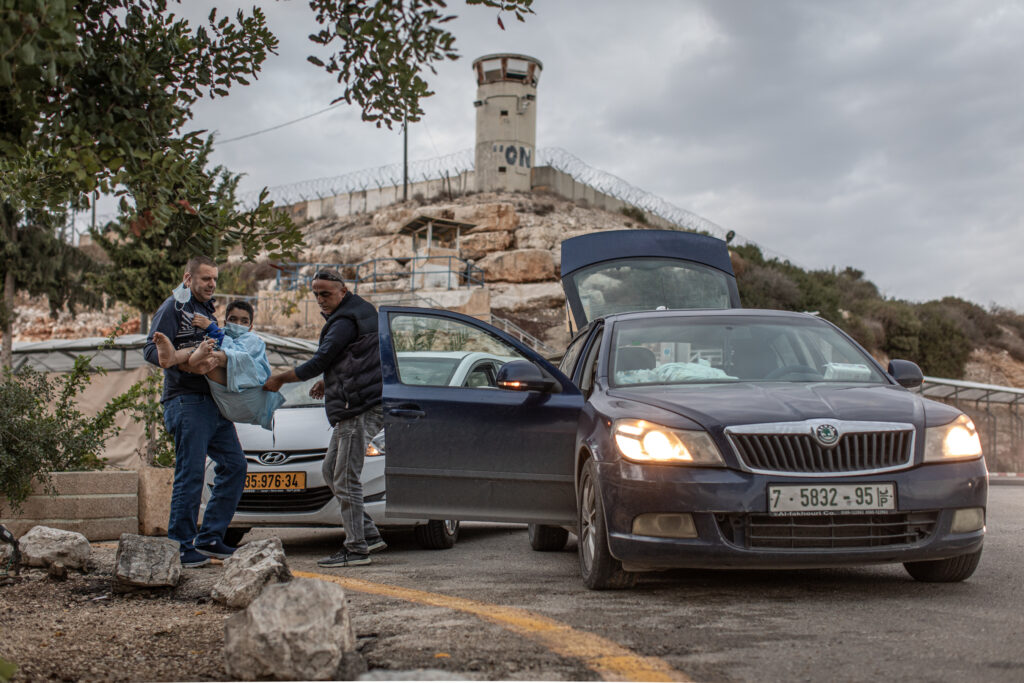