Guajiros, a matriarchy in danger of extinction

For over ten thousand years, in the suburban and marginal areas, between Colombia and Venezuela, it survives the indigenous Wayuu tribe, the soul of the desert.
Today this population is crippled by hunger and it has been undergoing a silent extinction in institutional indifference.
With this collection of photographs I show the beauty enclosed in human difference by documenting tradition and culture of one of the last indian-american matriarchal communities. A beauty through which I am allowed to denounce injustices which the guajiros people are nowadays forced to suffer. About 45% of the department of Guajira is considered indigenous territory. In this difficult, dry and fiery land, the rain hardly ever falls and the few wa-ter sources have been contaminated by the multinationals companies of the mining industry. The State has facilitated the exploitation of the territory considering it necessary for the economic development of the area. The result: environmental devastation, water injustice and human rights violations. 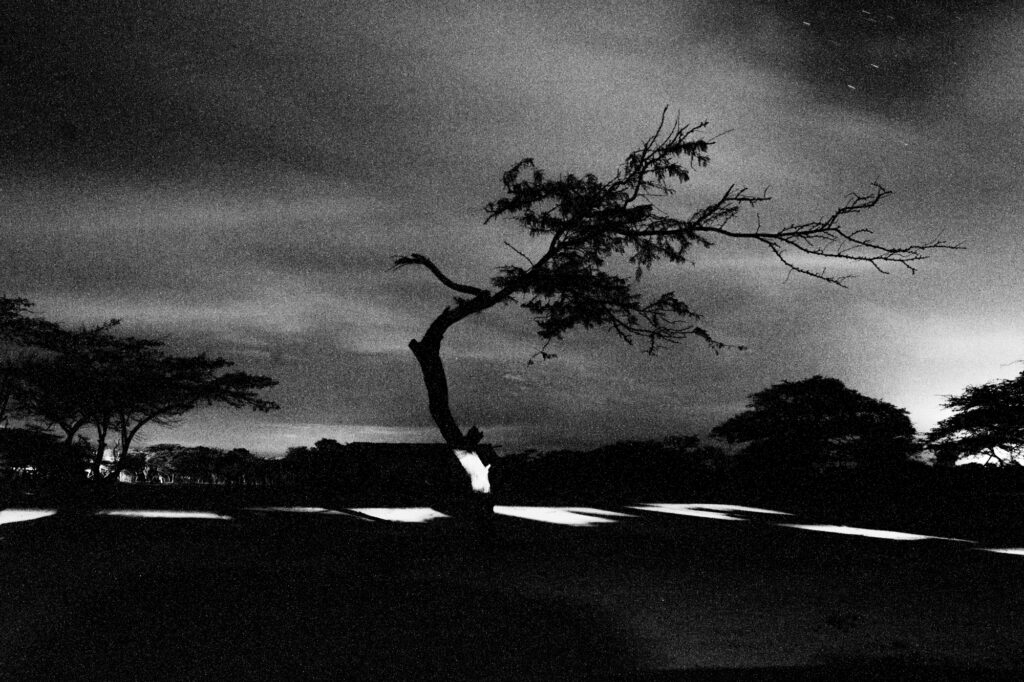 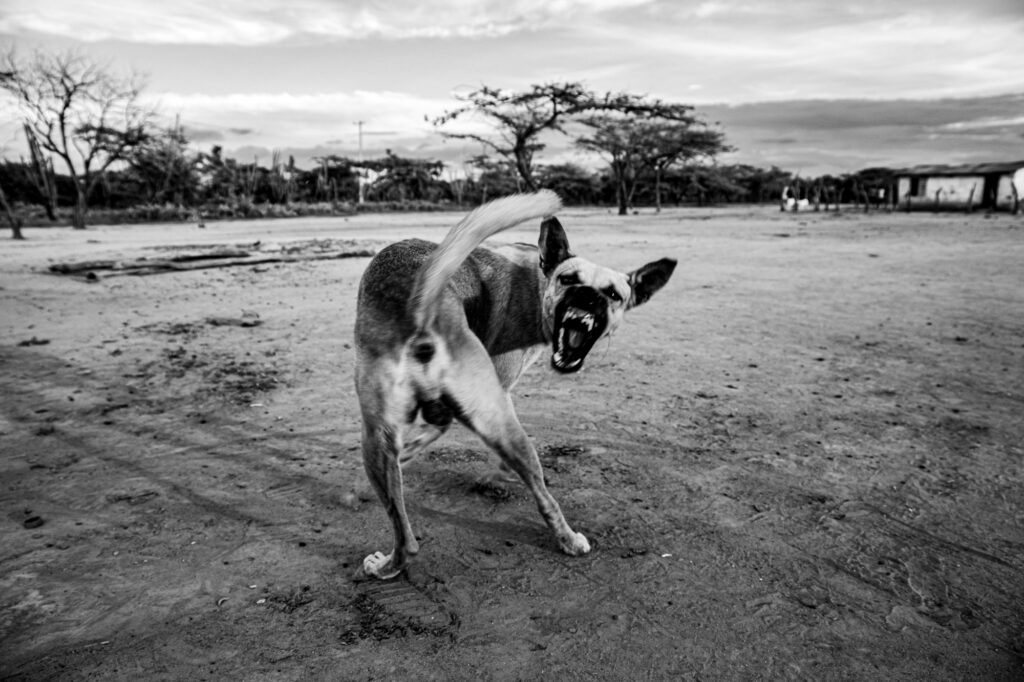 A hungry dog of the Guajira Desert br 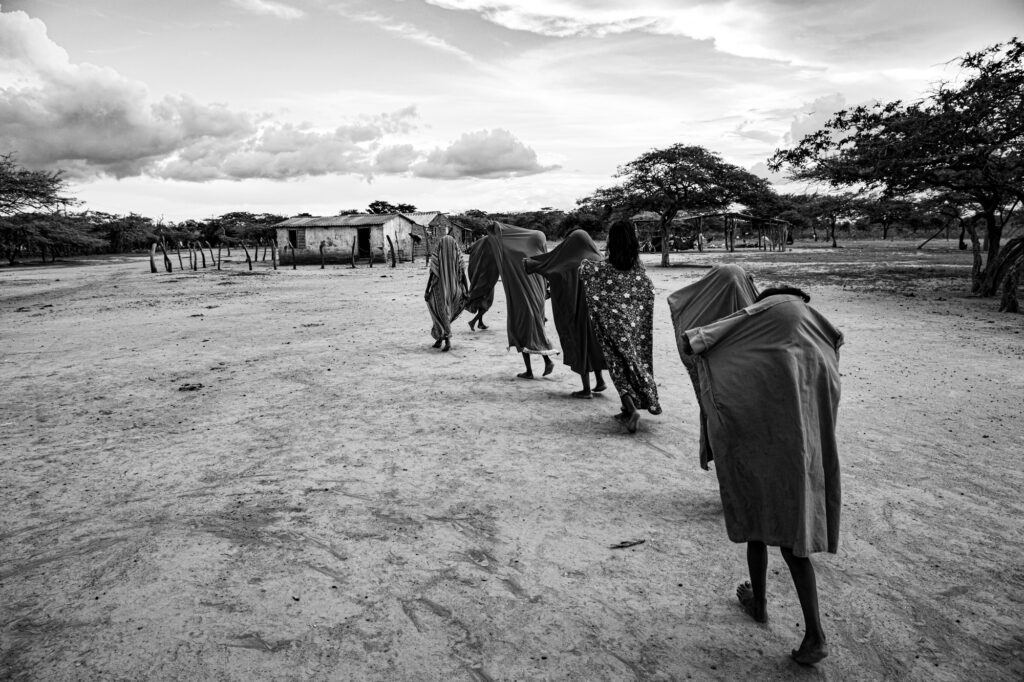 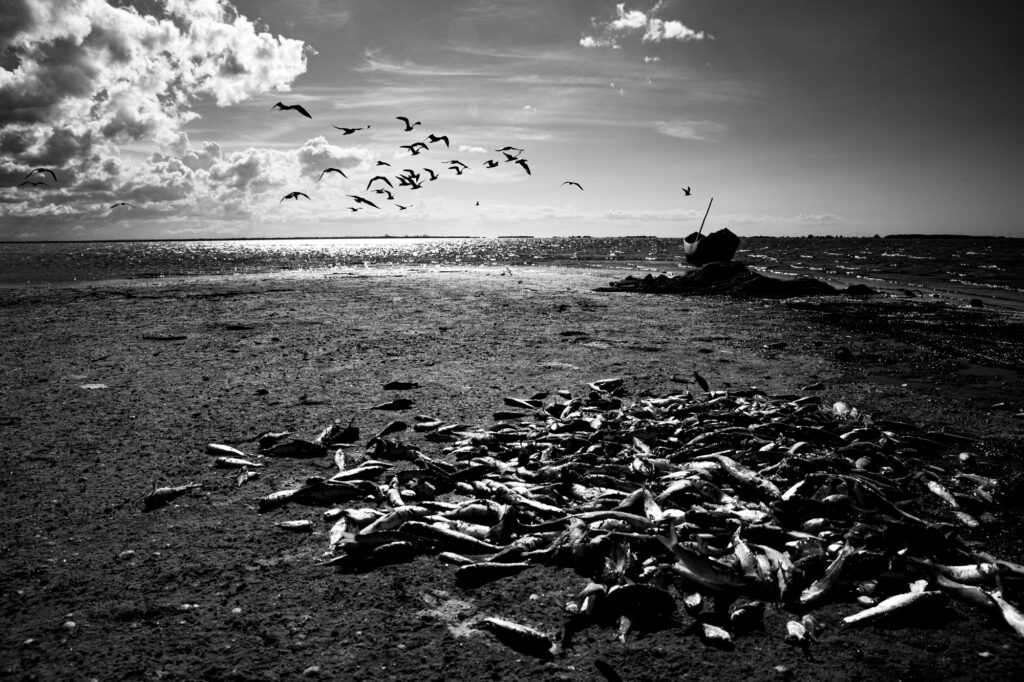 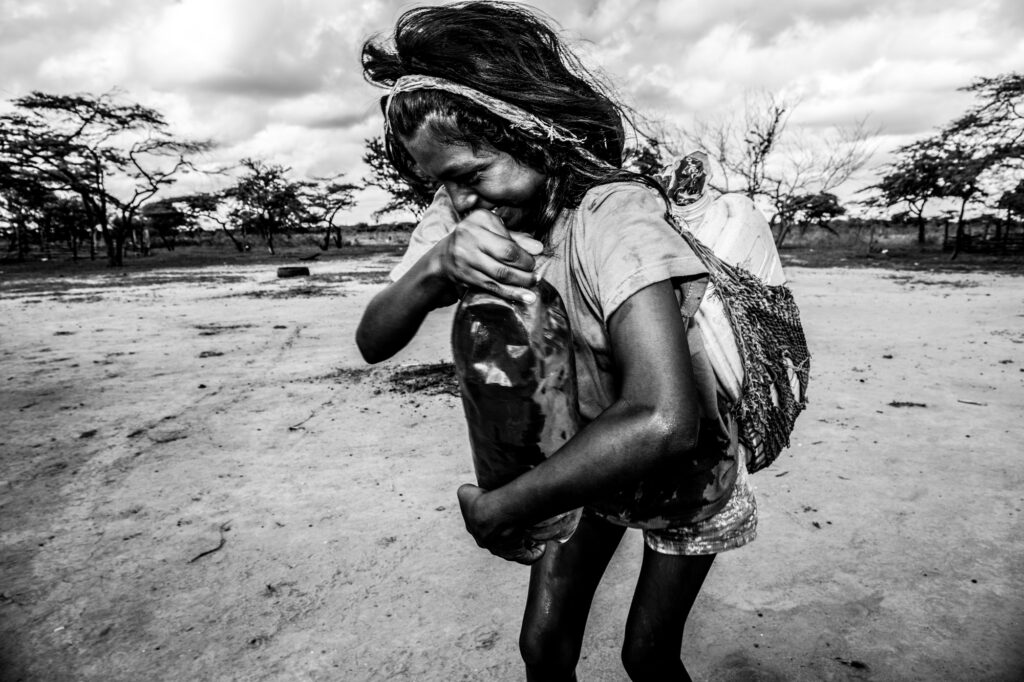 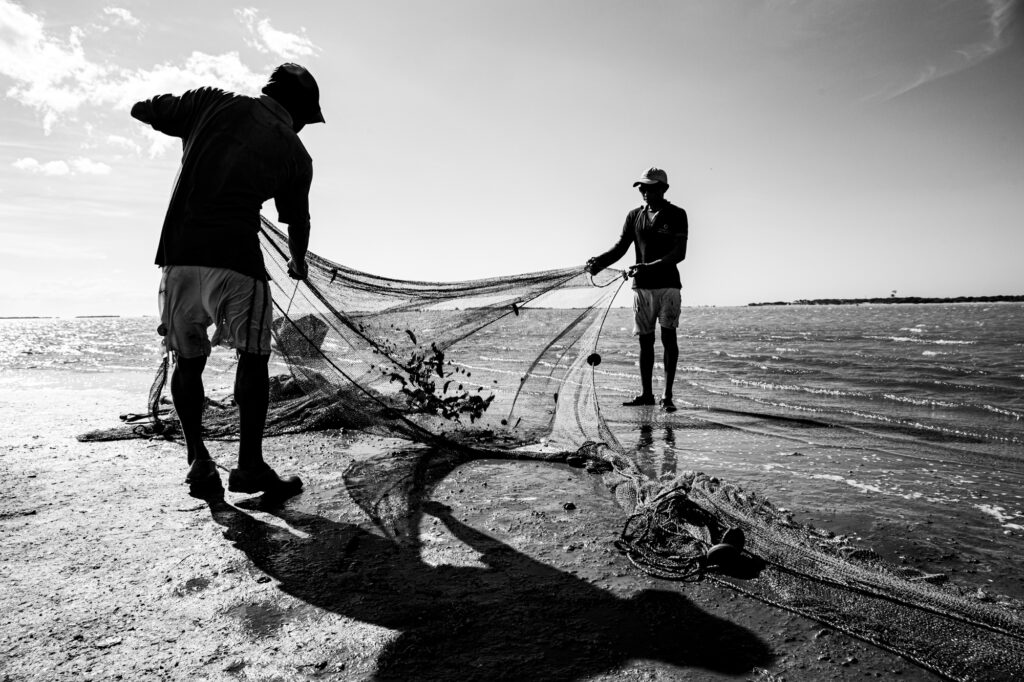 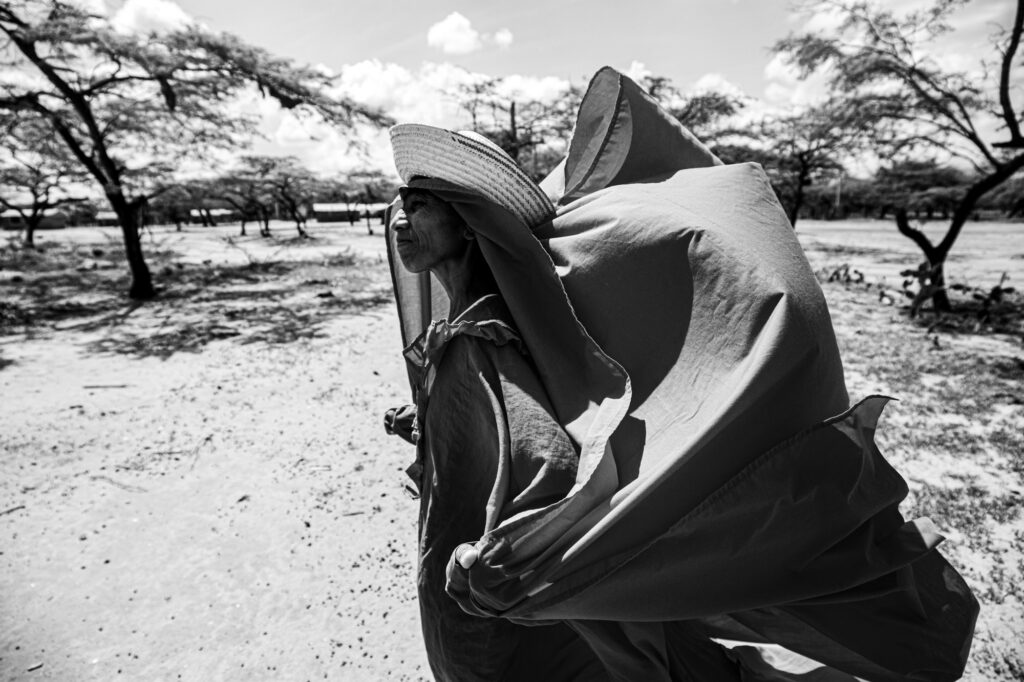 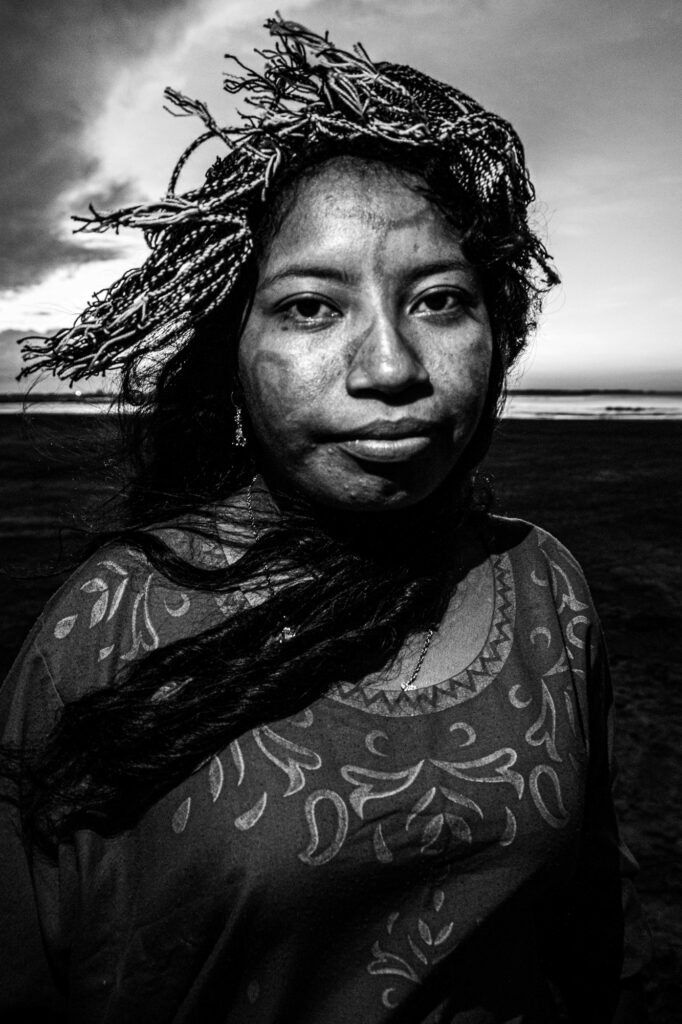 A potrait of a member of the Epinayu clan br 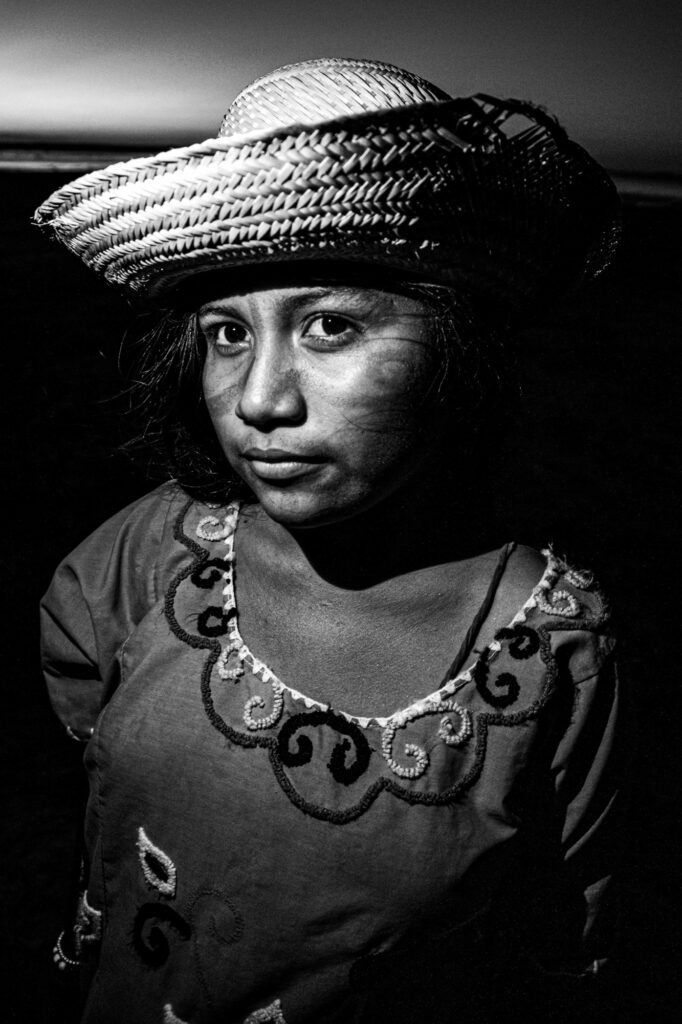 A portrait of a member of the Epinayu clan br 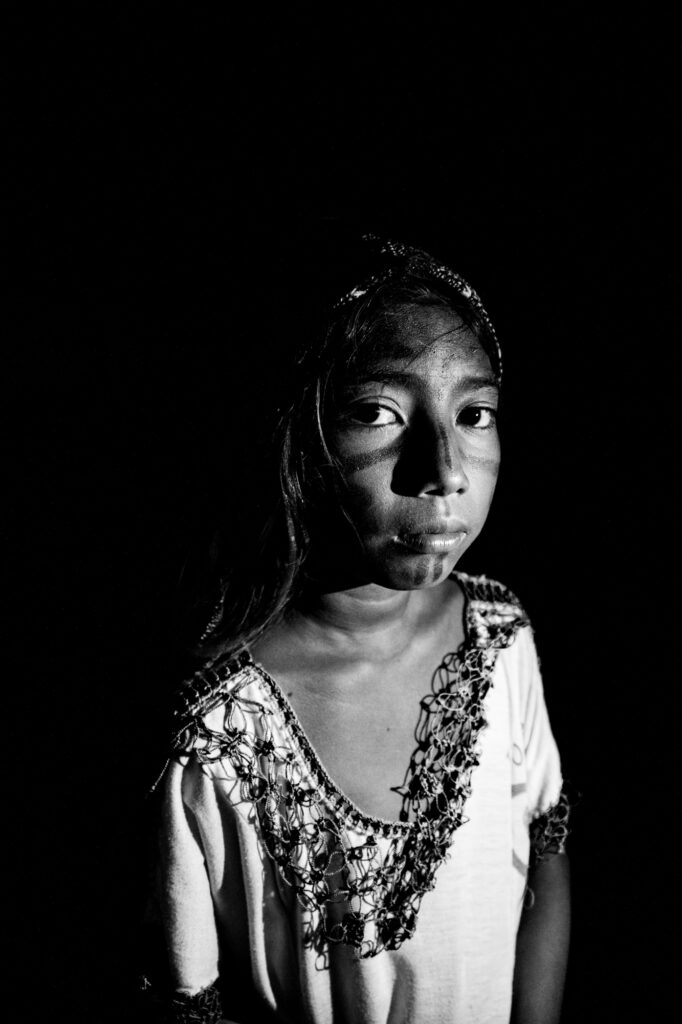 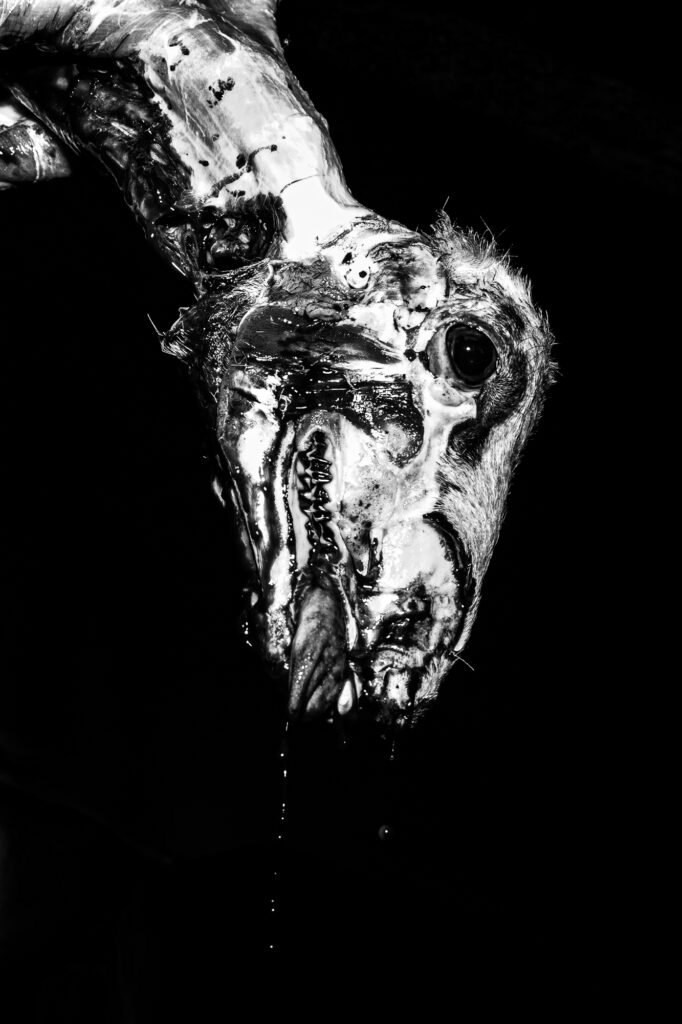 The sacrifice of a goat during a guajiro s ritual 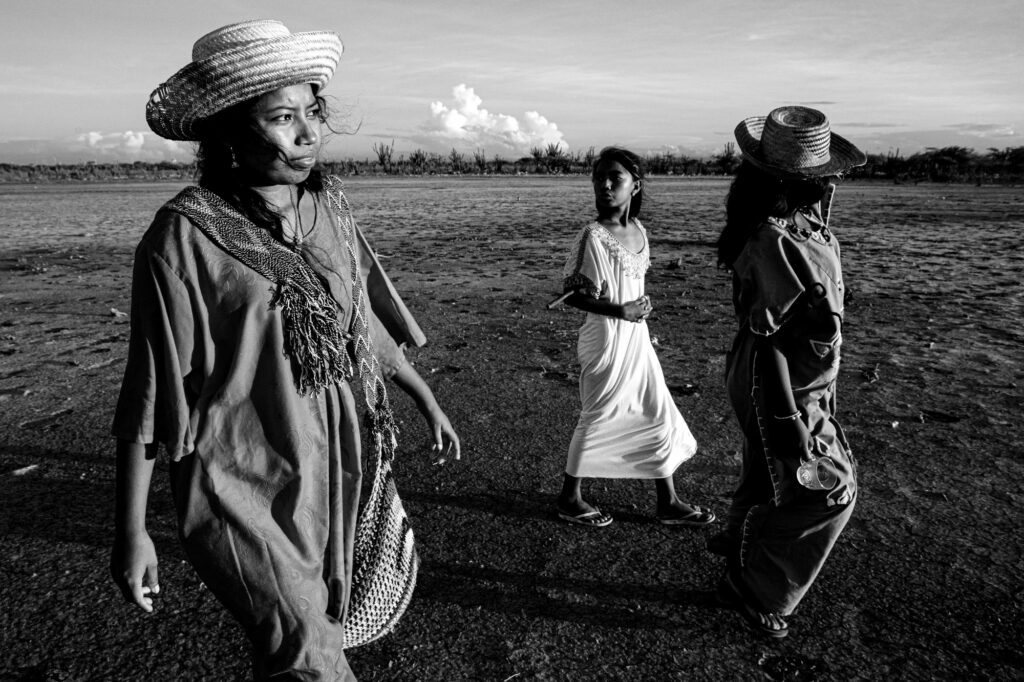