The Moria migrant camp, on the Greek island of Lesvos, was left in ruins after massive fires broke out at the site on Tuesday, September 8. The camp was the largest refugee camp in Europe and hosted an estimated 13,000 people. This was six times more than its maximum capacity of 3,000 people. The fire left a great number of people sleeping on the street, and in cases even at gas stations and a cemetery. Police were present and blocked the entry to the main city of Mytilene in order to avoid conflicts between refugees and locals as well as a way to secure locals from possible Covid-19 transmissions. My focus was on the aftermath of the fire, and how all these people tried to adapt in the new circumstances in these few days between destruction and freedom. 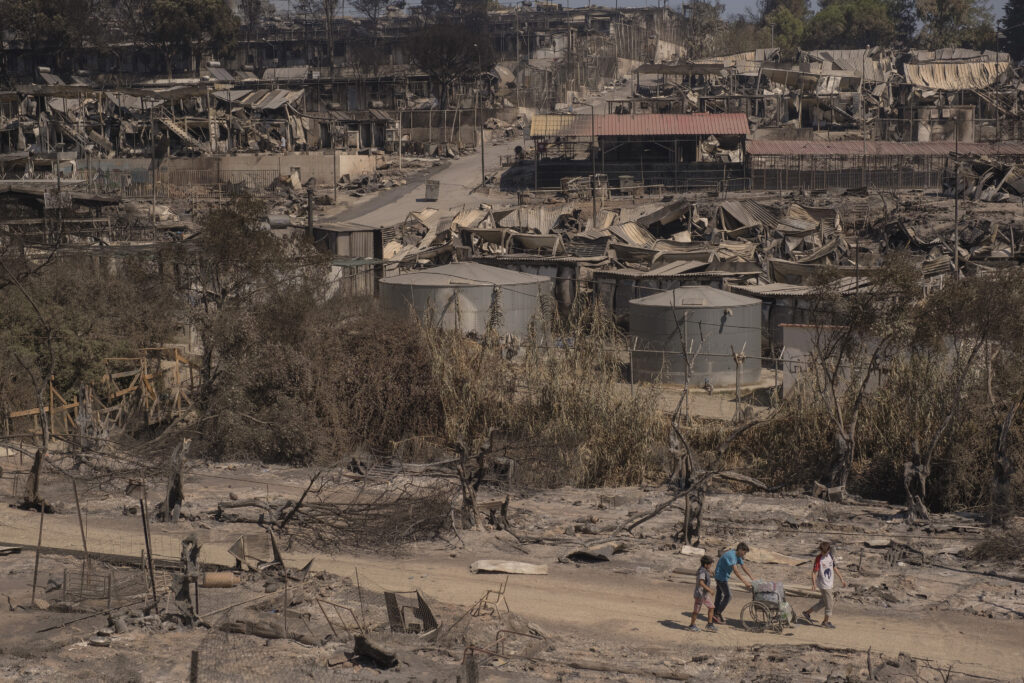 General view of Moria refugee camp after the fire 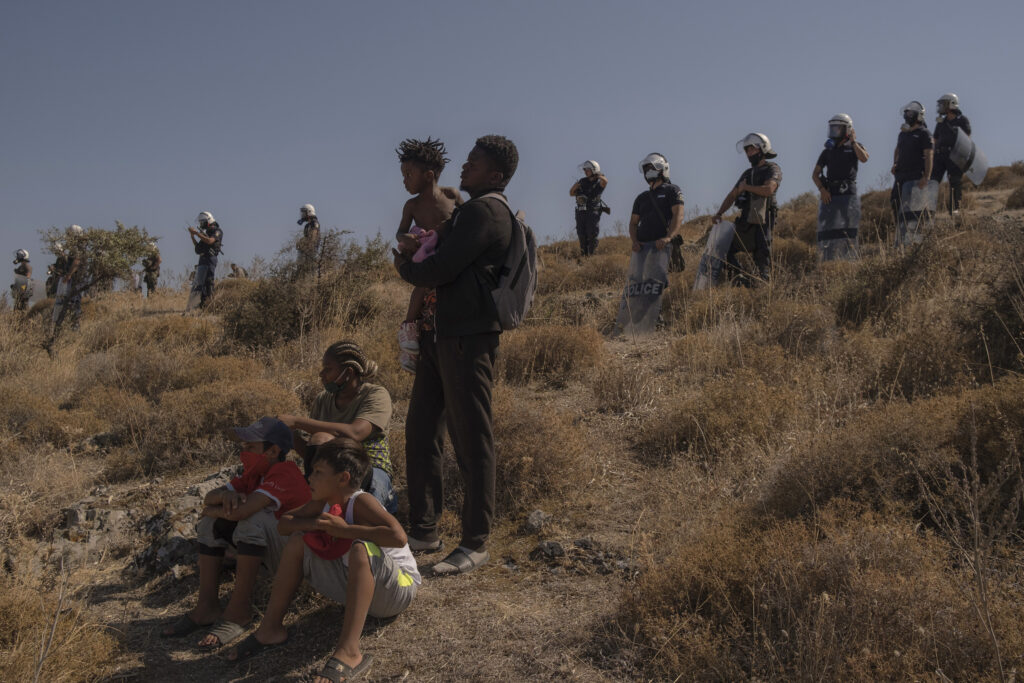 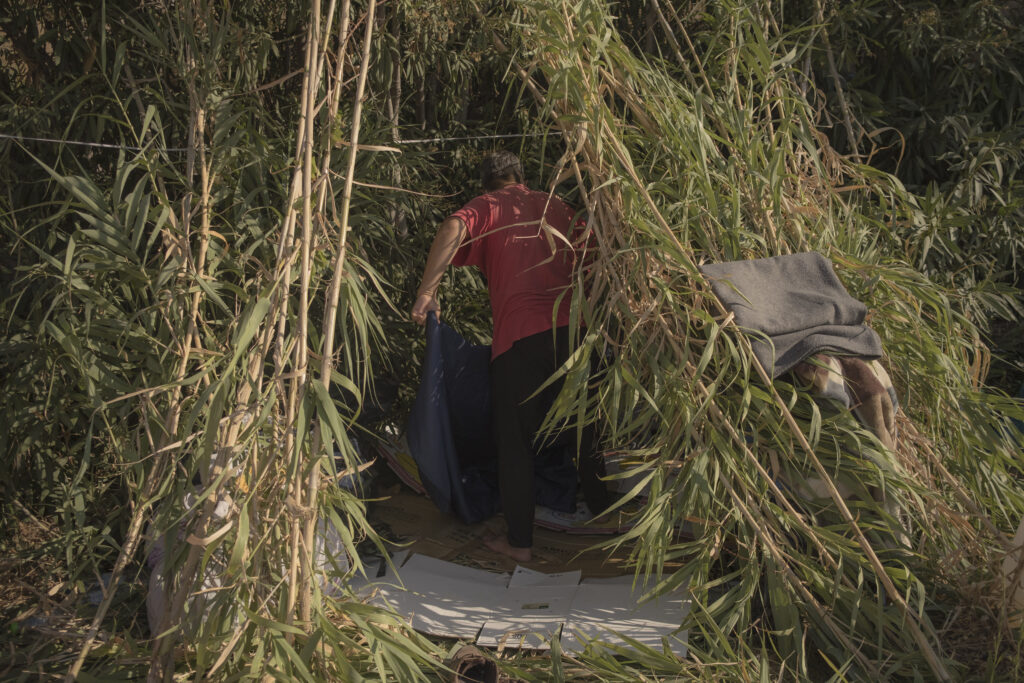 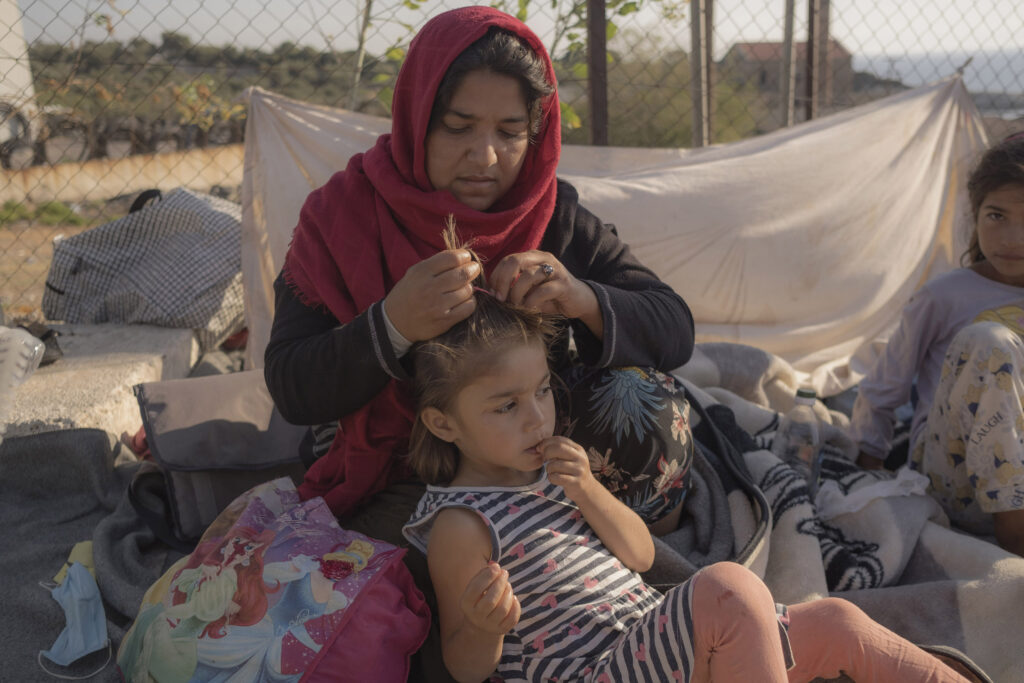 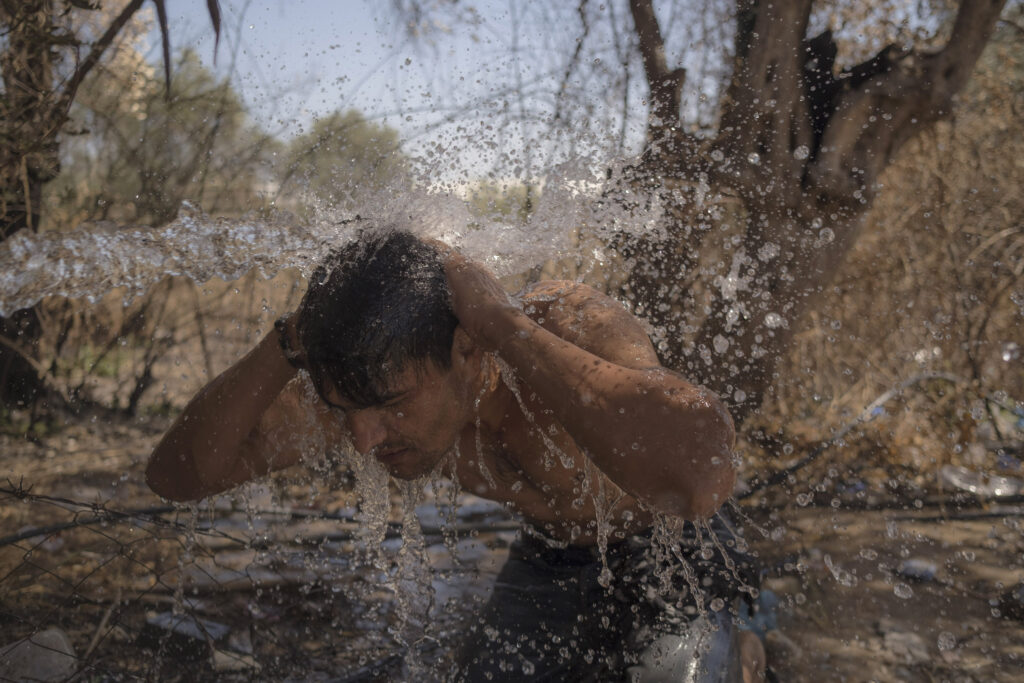 A man from Afghanistan refreshes himself 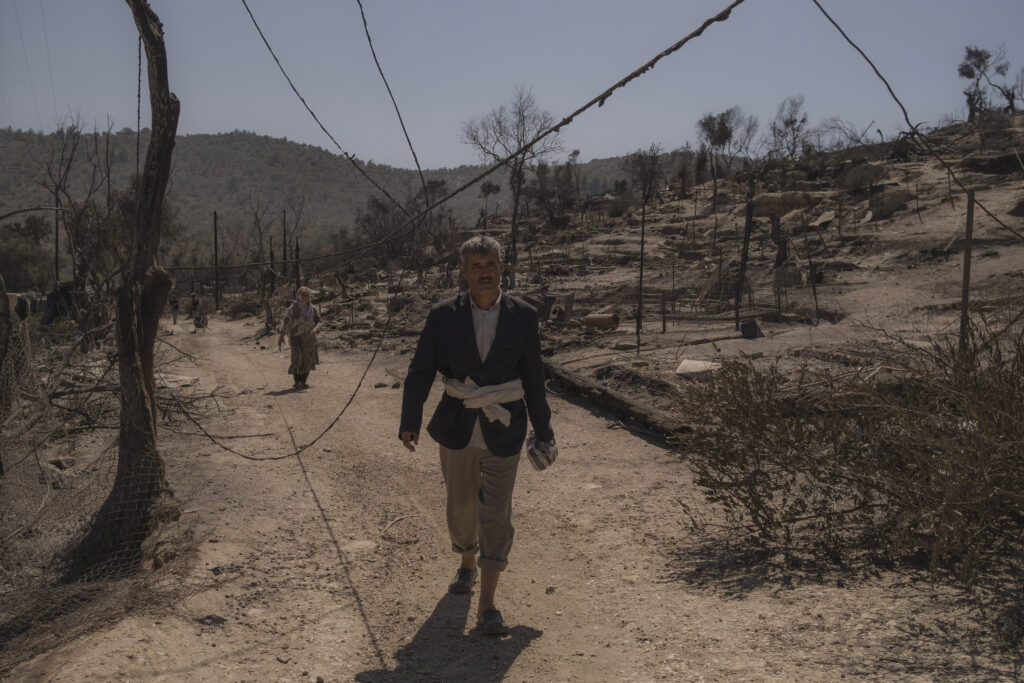 A man walks among the remains of Moria camp 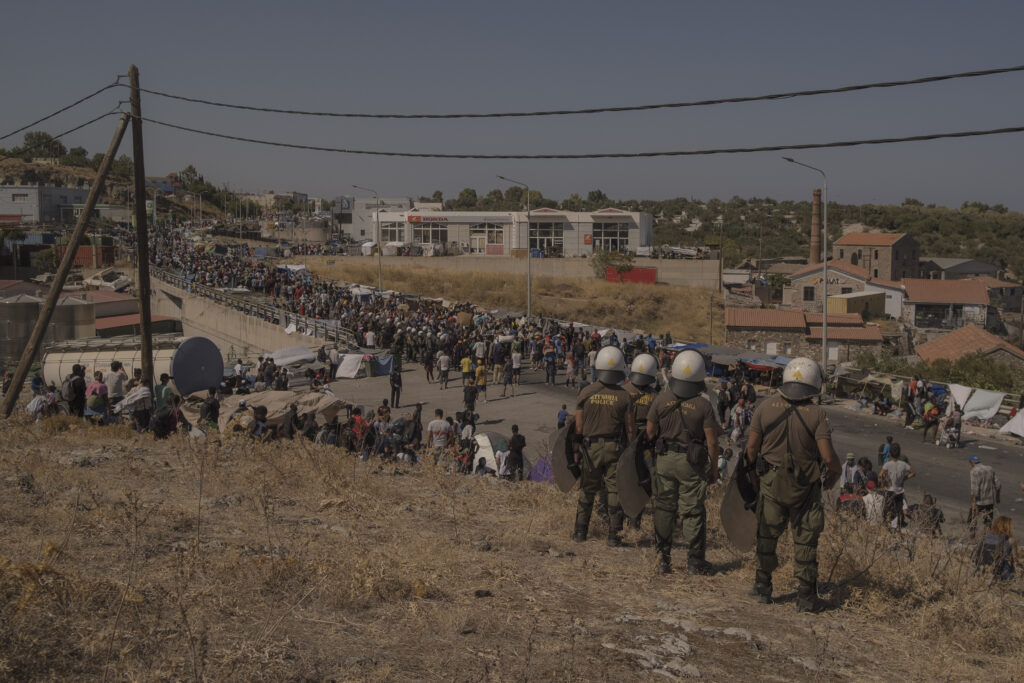 Refugees protesting against the construction of a replacement camp 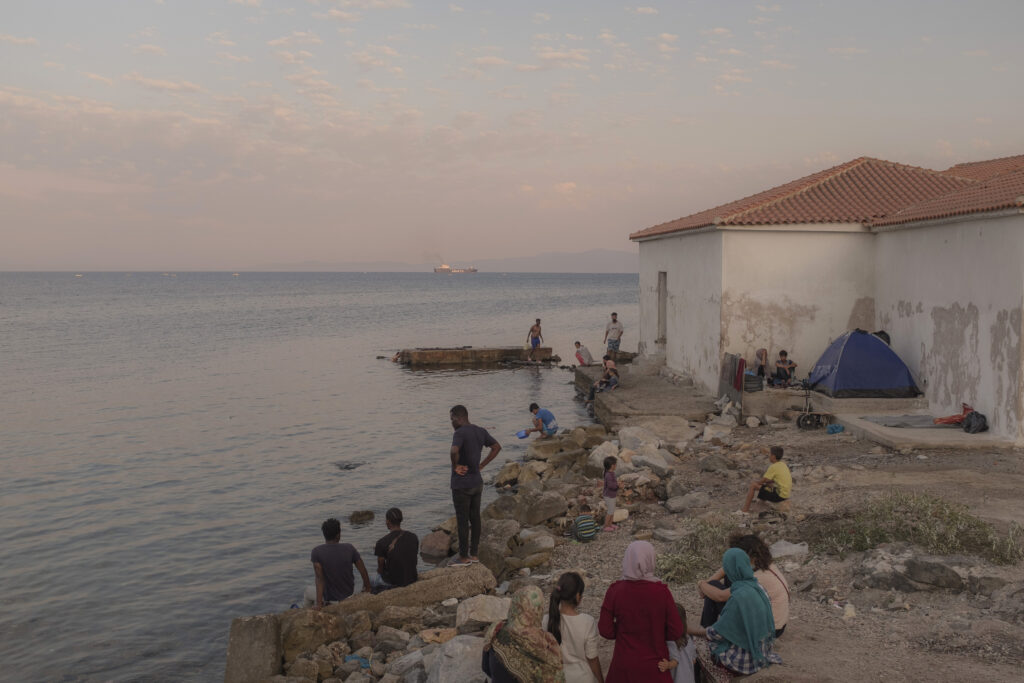 Asylum seekers sit at the shore near the city of Mytilene 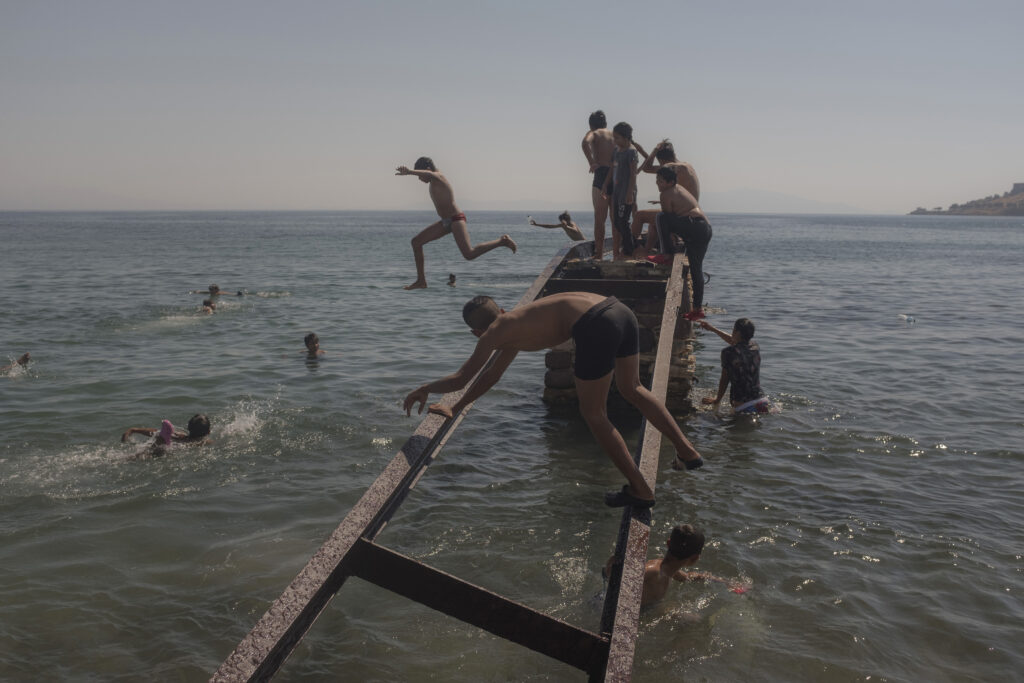 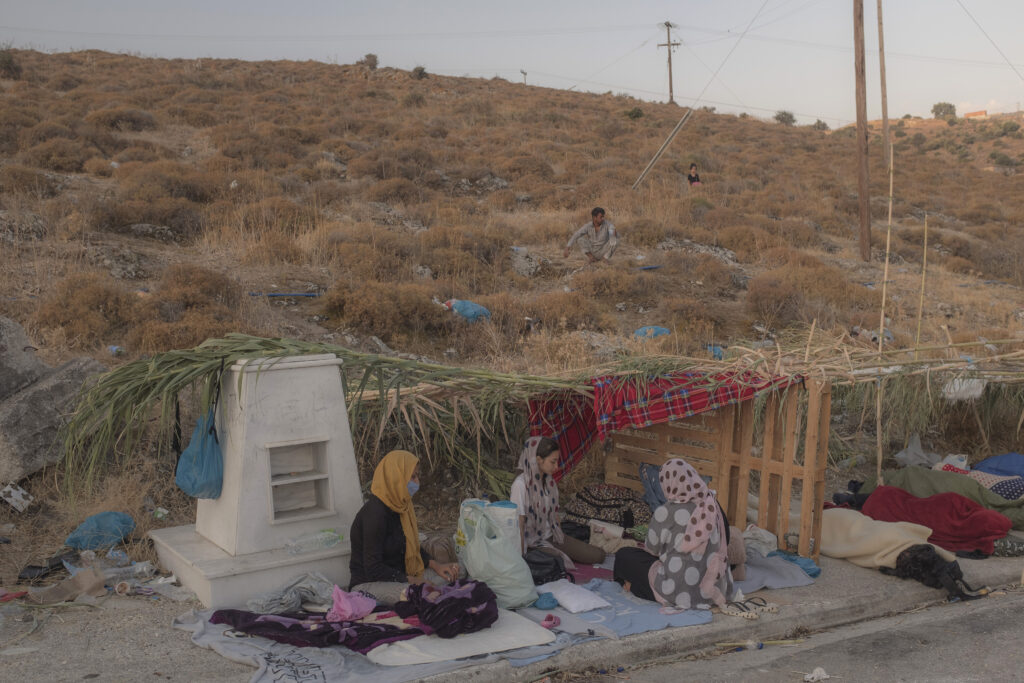 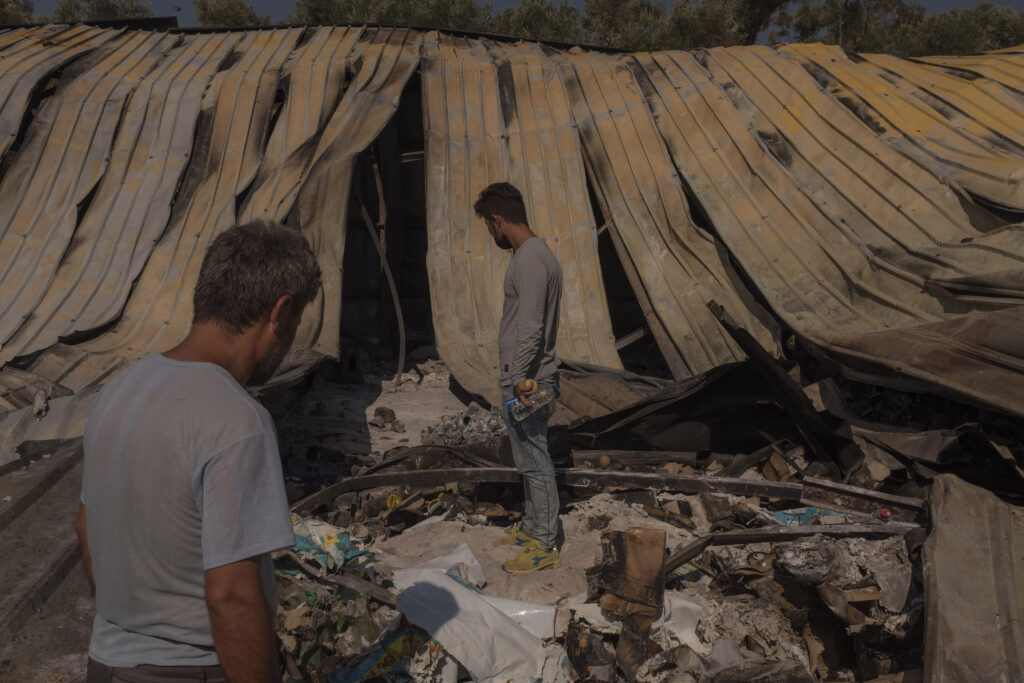 Two men standing in the debris of Moria refugee camp 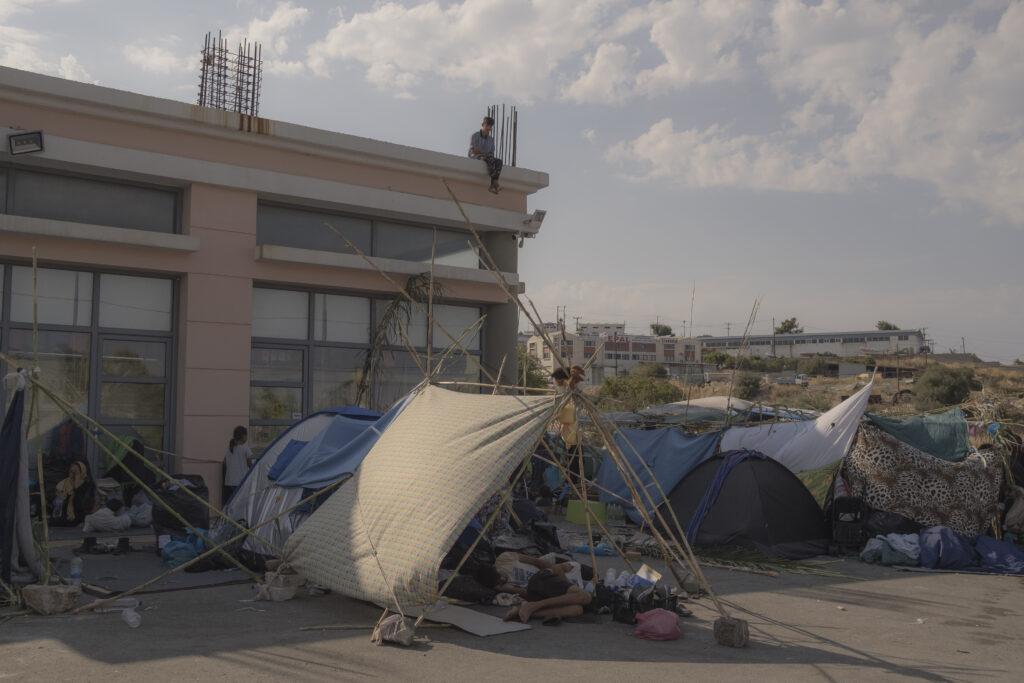