Descendants of the nomadic breeders who once dominated the mountain peaks and plains of the Balkan area, the shepherds who still practice transhumance nowadays and are usually Vlachs and Sarakatsani, maintain a tradition that has deep roots in time. They contribute to the preservation of the Greek cultural wealth and connect the past with the present, the tradition with the modern life.

A need that undoubtedly was created over the years due to the social, historical and economic reasons as well as because of the geomorphology and climate data of the region. As the summer drought is the main Mediterranean climate feature, the movement to the mountains and the alpine climate search was more than vital for the livestock. The high mountains near the lowlands are rich in fresh water resources and vegetation so they provide summer pasture for the goats.

It was early days of May and shortly after two o’ clock in the afternoon in Theopetra village, near Meteora region when I met Efthymios with his flock in the almost dried-out pastures of the region. The unbearable heat that had been for one more day over the 30°C obligated him to look for the lifesaving shadow of a plane tree. “Is only the mountain that can save us from the heat” he tells me and continues “when the weather is to hot the goats lose appetite for grazing, they become lazy and if they don’t get feed, they don’t produce enough milk, male goats become infertile as well.

Unfortunately, winter period has been shortened in our age, the rivers are drying up from early spring days and the pastures become less and less”.
The warning signs had been visible since March. Lithaios river that crosses the village and according to the locals’ memories did not run out of water even during the summer months, at least until the end of the 1960s, had already dried. And this was not a surprise if we consider that minimal snow cover had been recorded the last two winter periods on the highlands and even less rainfall during the last winter, ranking him as one of the worst of the last 60 years.

Following a long-time tradition in Thessaly, pastoral farming, being completely harmonized with seasons changes, takes place year in and year out from the end of May and gets completed until the end of October, when the flocks return from the mountains of Pindus and Agrafa which have been the summer home of a large number of Greek goats and sheep through centuries.
I was able to catch on the intensity from far away that morning. The goats were bleating, the dogs were barking, the shepherds were whistling in order to guide the flock and a buzz of goat bells was coming closer and closer to me. It was Kostas with his herd who seemed a bit worried but happy too because the transhumance was finally on the way and shouted at me “have a nice summer” while he was trying to catch up the goats which were on the familiar road to mountain for once again.

Efthymios was with the billy goats and the festooned mare, with an elaborate Virgin Mary charm, behind Kostas. I followed him and as we were leaving back the family’s barn in the inhospitable during the summer season Thessalian plain, our final destination peak emerges on the bottom of the horizon. "We will get up there," Efthymios says, "at 1,603 meters altitude", the long departure was in progress.

On the next 45 kilometers to the family’s makeshift summer pen which is located on “Koziakas” mountain in central Greece, scenes from the past revived during our movement. Car drivers were greeting and honking us and passing through the villages some locals welcomed and offered us local goods for the long road we had ahead while some others were in hurry in order to save their crops from the unexpected “invaders”. “This happens every year we pass through the villages” the 73 years old Mr. John tells me, as he is walking the road to the mountain for once again. Despite the difficulties and fatigue, “Diava” is a celebration and every route that takes place contributes to the tradition’s maintaining.

Above 1000 meters of the sea level the sense of the temperature difference was noticeable. The sun was barely penetrating the huge firs and humidity was really intense. As we were going through the paths and area’s history revived through the testimonies of Kostas and Efthymios, gaining my admiration for the selfless love and immense respect they showed for the land, the goats which were gradually acclimatizing to the new climate conditions, took advantage of the vegetation so a form of management and control of available grazing was taking place.

The crystal water and the endless springs that Kostas had pride and many times mentioned them to me, was there for us in almost the whole route in order to quench our thirst but this time, however, they were not plentiful.
The following summer things did not get better but worst. The expect rainfall never came for the next two months and the high temperature exceeded the 40°C for several days even in the alpine zone, unexpected conditions even for experienced Mr. John. “I can’t believe that pastures have dried up, up here!” while Kostas noticed that “of the approximately thirty water sources, vital for animals’ grazing, only four remained”.

Testimonies were confirmed by the National’s Observatory of Athens announcement. Comparing the average values of the 2010-2019 decade, which was the warmest period in the modern history of temperature recordings, the regional unit of Trikala, Greece was at the top of the ranking as the temperature average was 2°C higher of the normal levels in 72 of the 92 days of the last summer months.

As the southern Mediterranean regions experiencing rainfall decreasing in both seasons and the extreme temperatures are rising while Europe’s hottest summer recorded just last summer according to the Copernicus scientific service, transhumance which is highly depended on soil management and is directly linked to the natural environment management is the most affected by the fragile Mediterranean climate.

In addition, according to the European Environment Agency, crop and livestock production is projected to decrease and may even have to be abandoned in parts of Europe’s southern and Mediterranean regions due to the increased negative impacts of climate change.
Transhumance that inscribed in 2019 on the Representative List of the Intangible Cultural Heritage of Humanity and has so far proceeded based on respect and protection of the environment is constantly declining and climate change is accelerating its extinction. Is our world ready to stop that change? 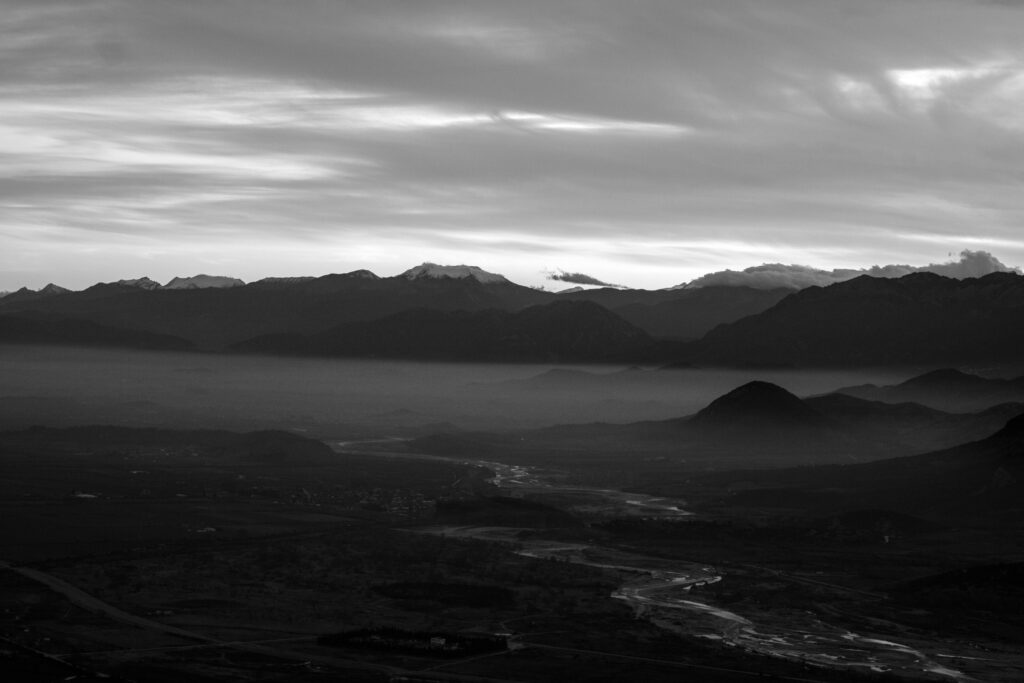 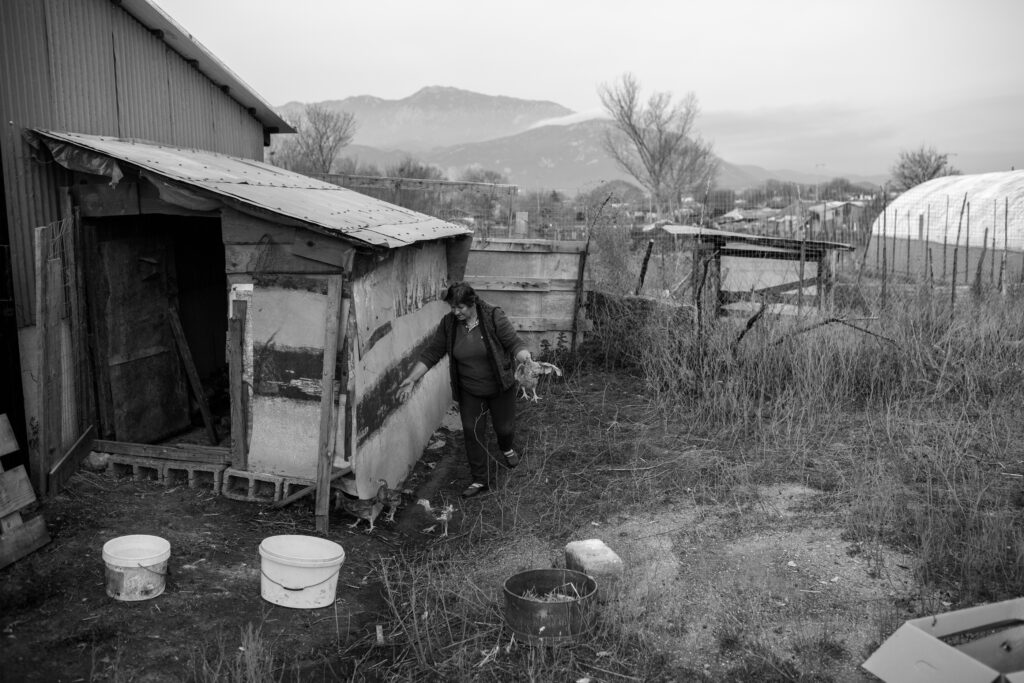 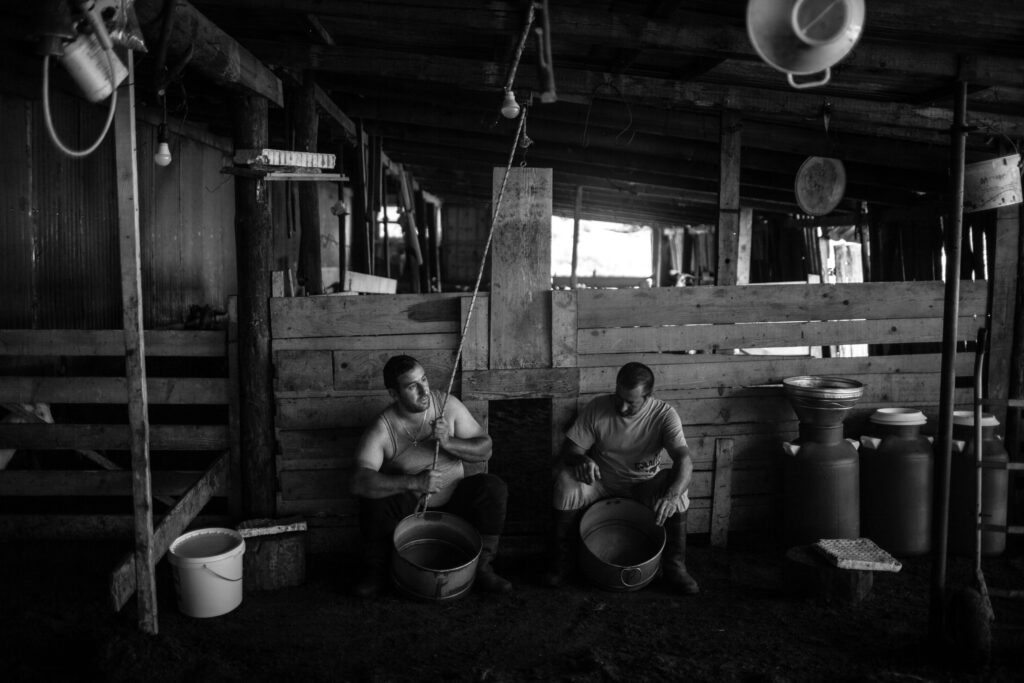 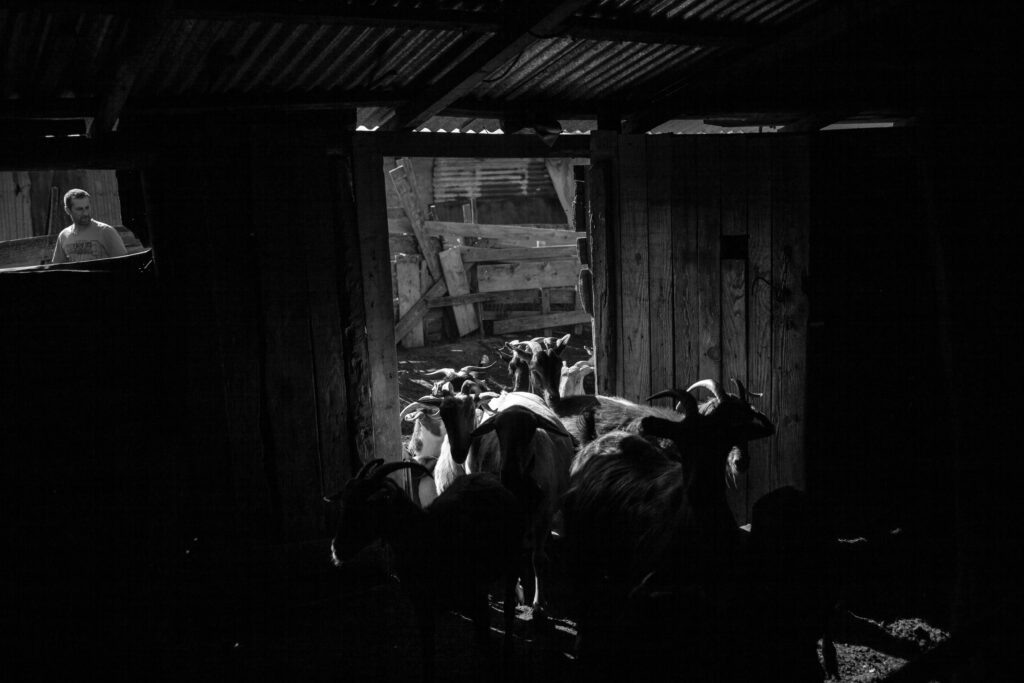 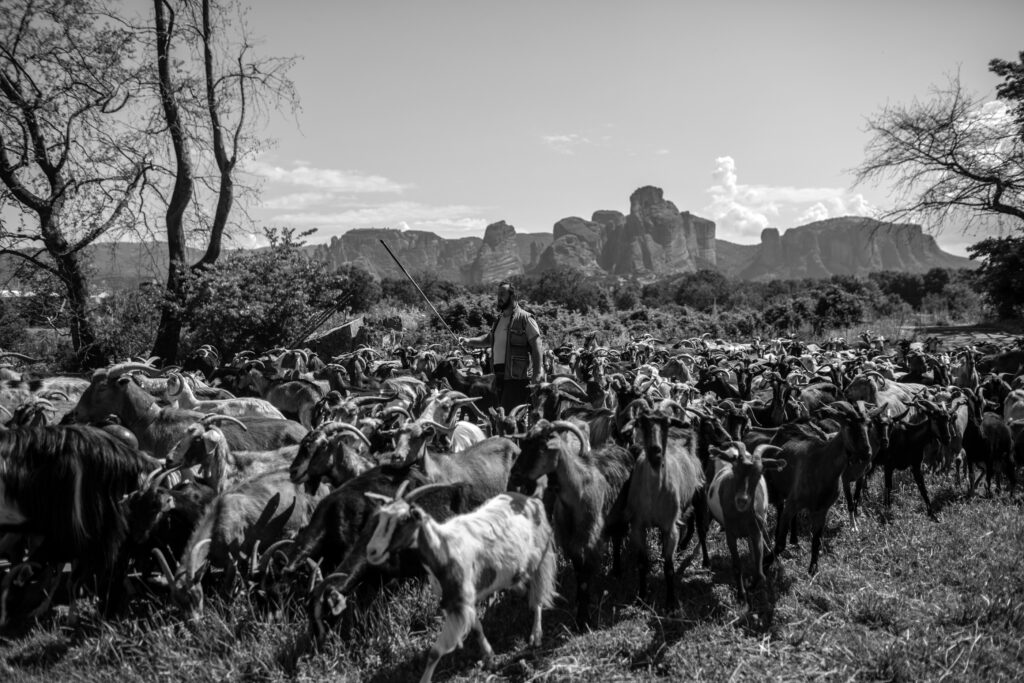 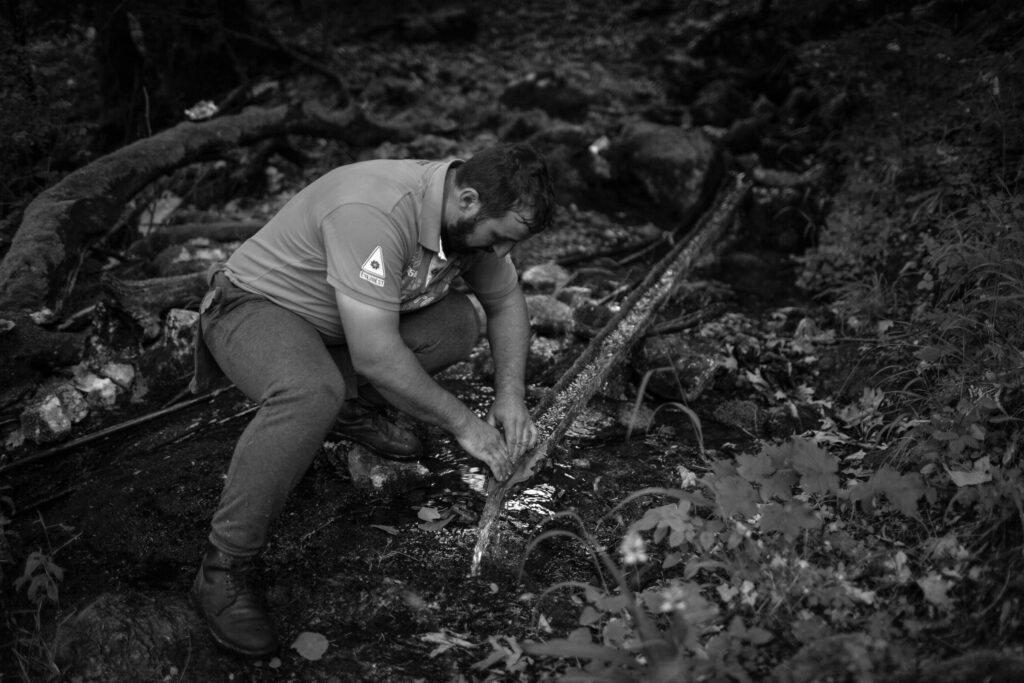 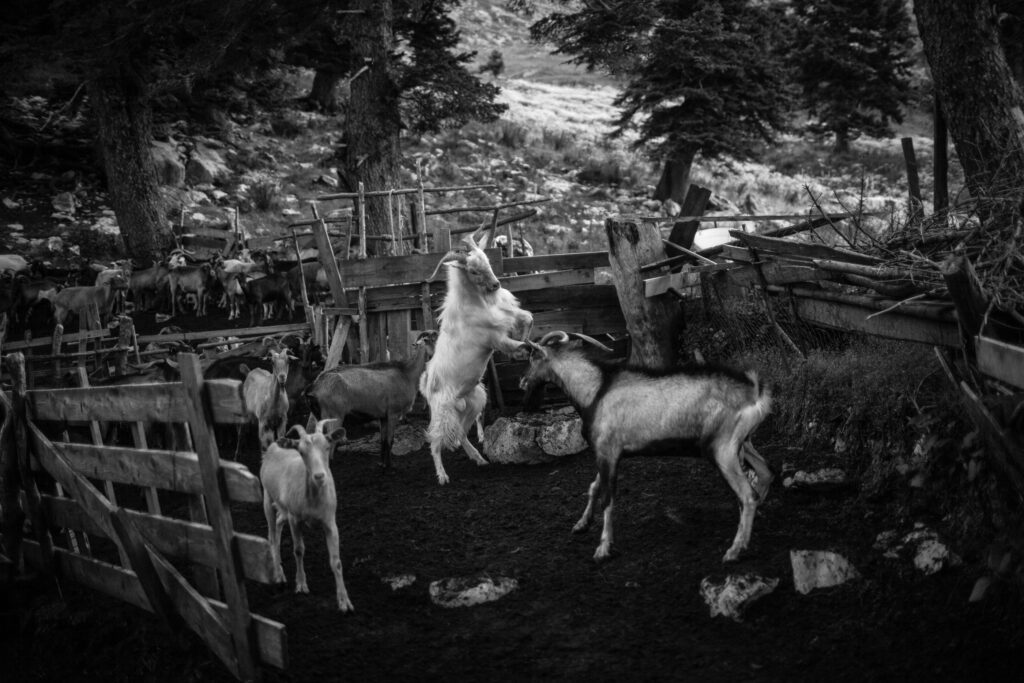 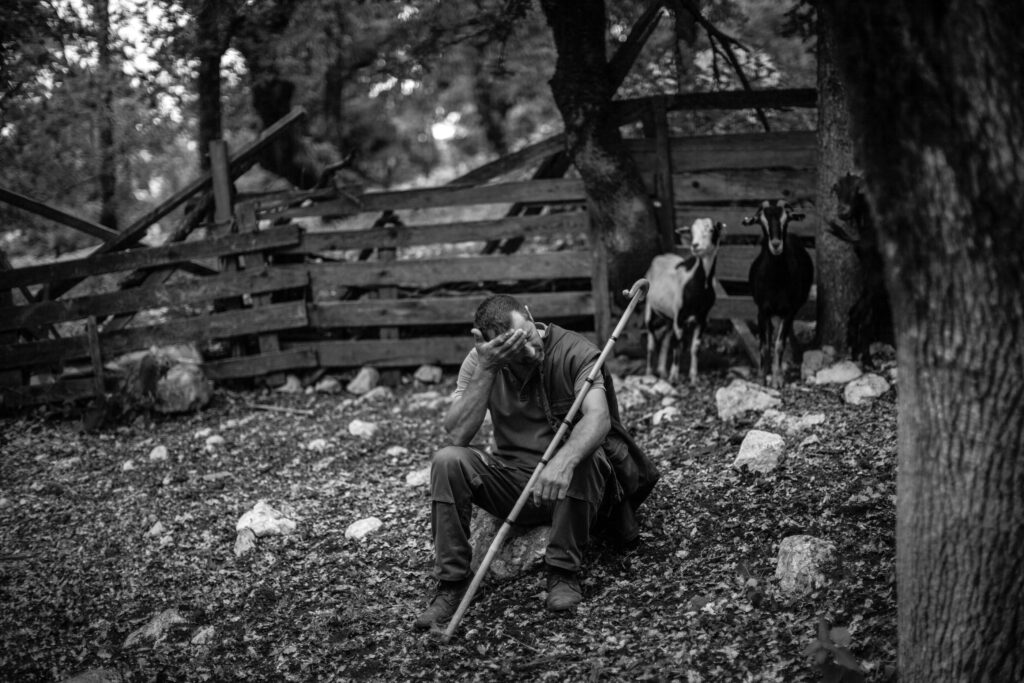 Between tiredness and desperation 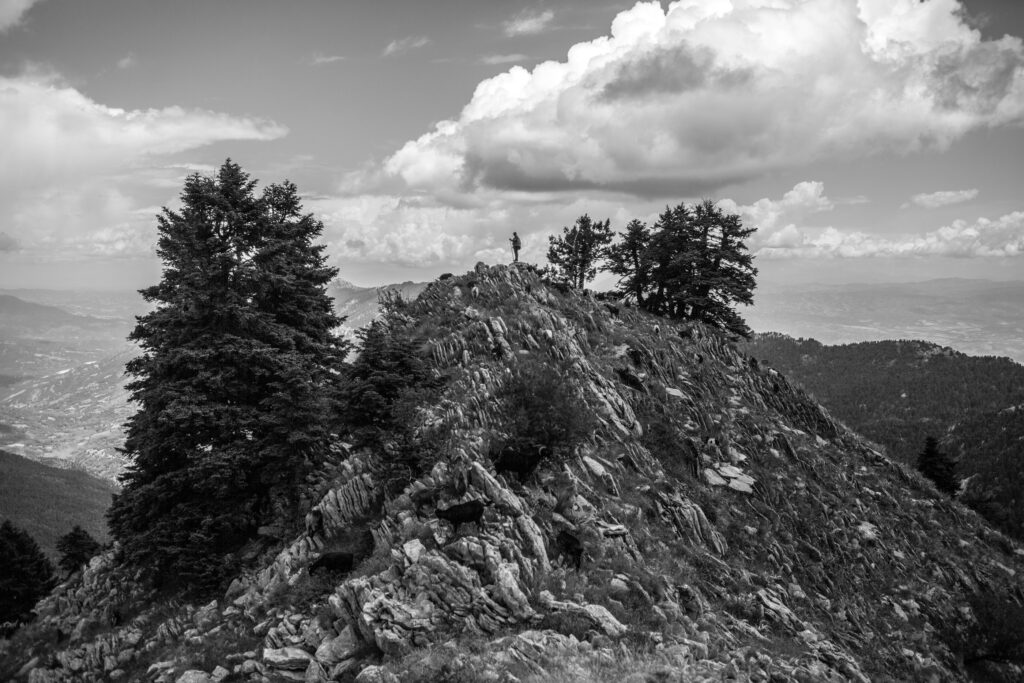