Oksana and Roman met when they both took part in the Special Olympics. Their parents arranged the wedding for them, and they have been together for 5 years. Now they live in the country house in the family of Oksana's parents in Lviv Oblast, Ukraine.

The series explores the boundaries of normality in modern society. With the series, I wanted to try to at least slightly reduce the distance between people with disabilities and the public majority. 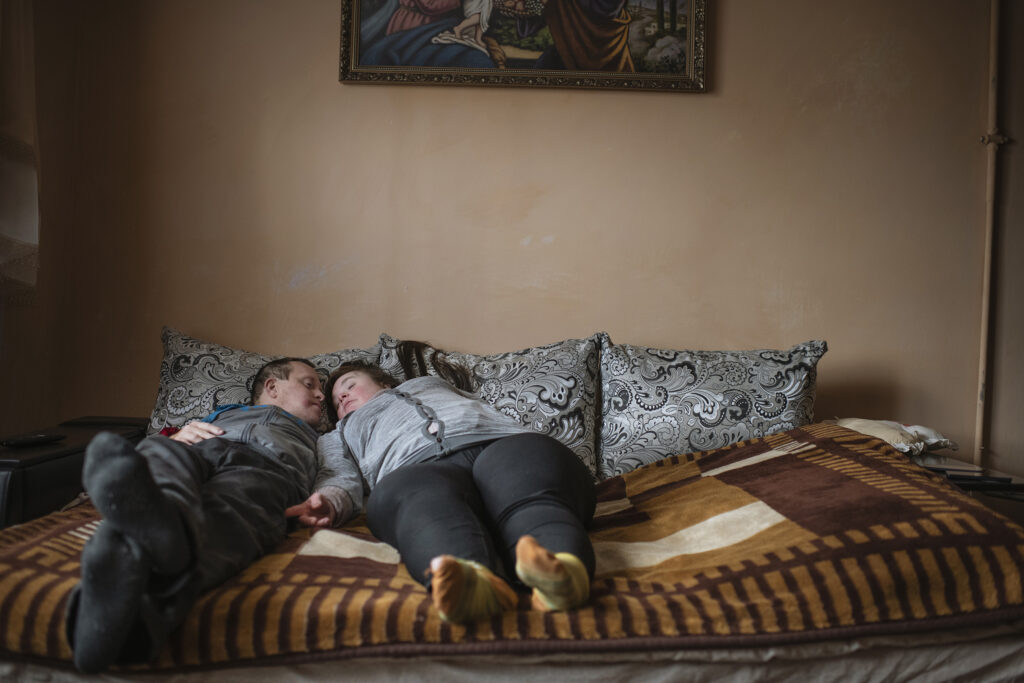 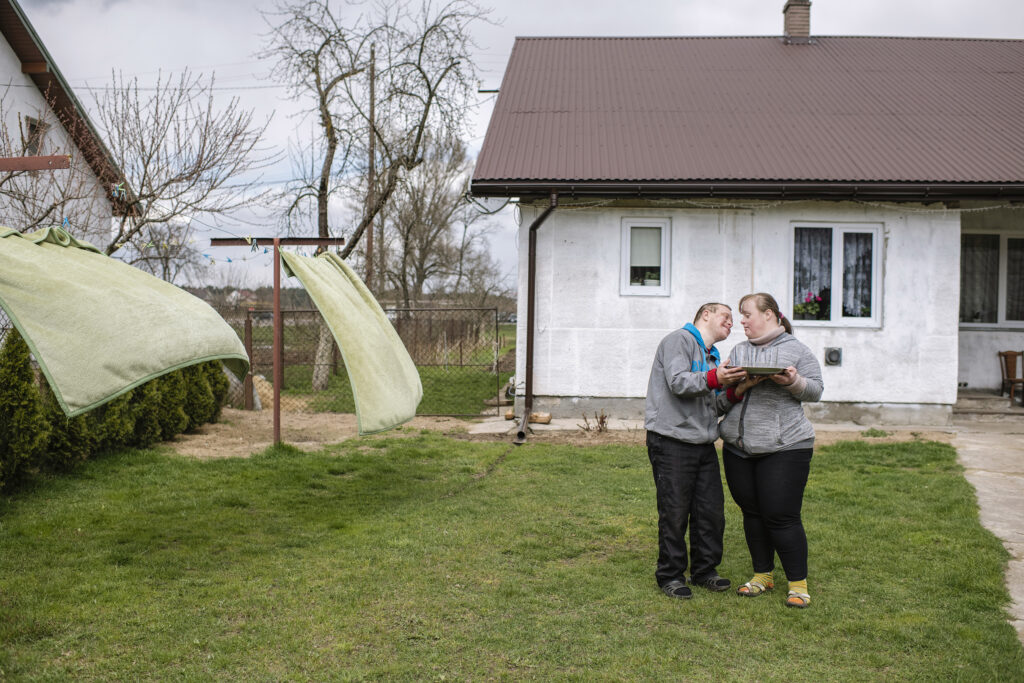 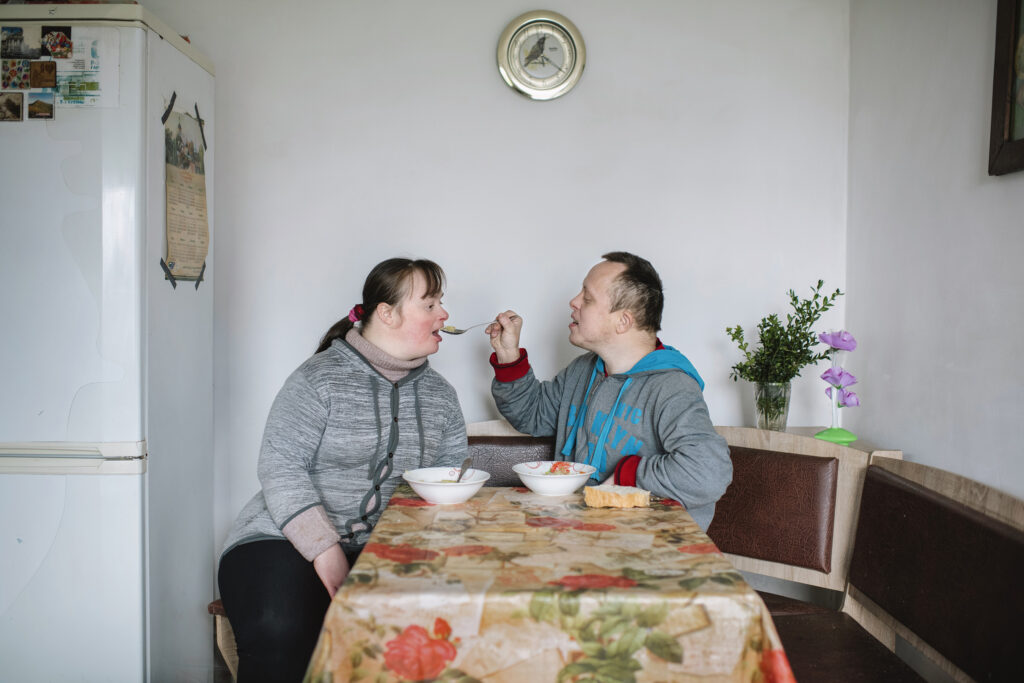 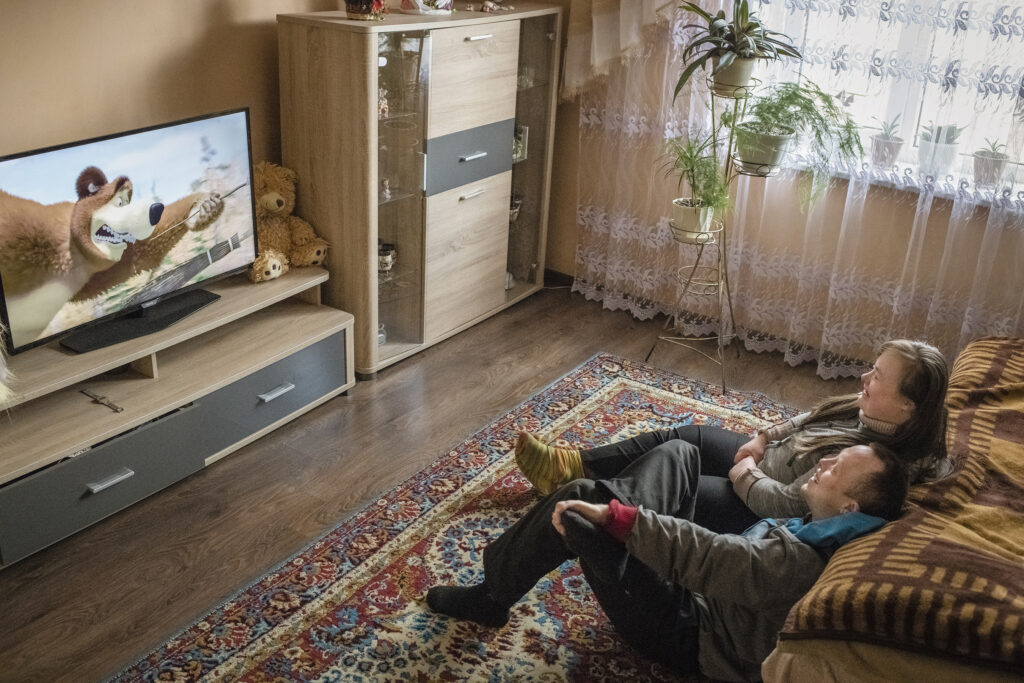 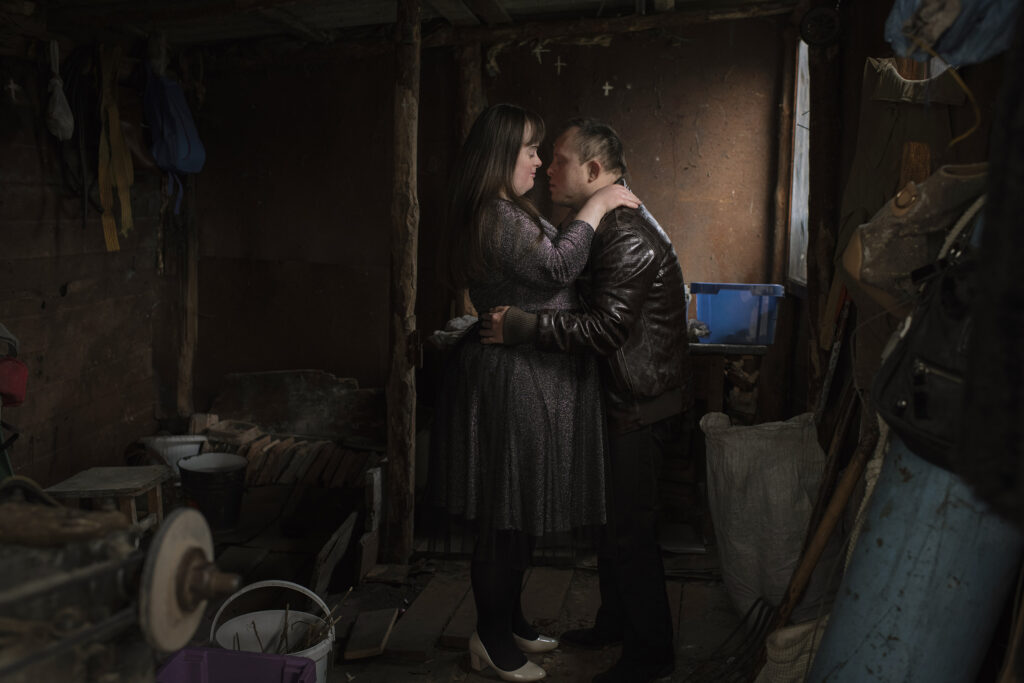 Oksana and Roman stand in the barn in Lviv Oblast Ukraine 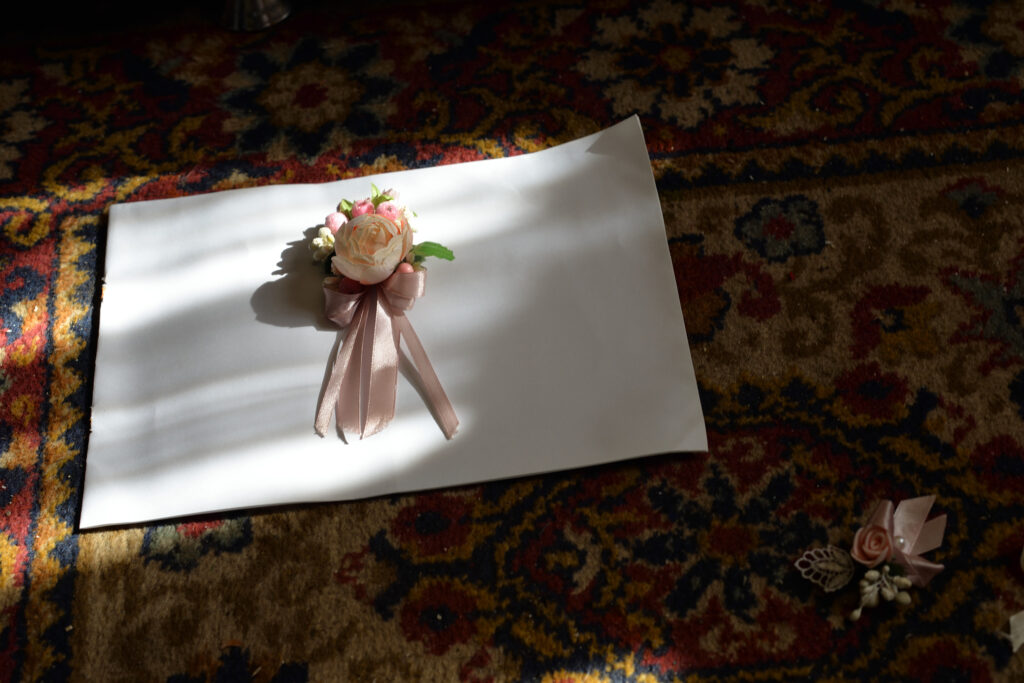