Those pictures was taken from Satkhira , Khulna , Bangladesh which is low-lying coastal region nearby word largest mangrove forest " Sundarban" . This is short part of my long term documentary project on climate change under the title " Tears of global warming" .

People living in this region , even 5/6 years back they never thought that they will lost their house holds , agriculture land, school, hospital , mosque etc. Now every 24 hours they submersed with 4/5 feet water twice for 8/9 hours just due to Increasing high tides of sea salt water and tidal surges due to the increase of global temperature and increase the sea level water of Bay of Bengal. The island's green belt is almost disappearing and new habitable land infrastructure is being lost to the sea every day. It was their beyond imagination that they can't sleep at night to protect their kids and last household remaining's from the strong current of tidal water. People living here have to perform their prayer with the water equal to the knee or chest and the prayers should be offered with the water equal to the throat so that almighty Allah protects them from this danger. But after few days they lost this mosque due to strong current of extreme high tidal water. Although they are none responsible for this consequences of global warming and climate change.

Worldwide, climate change is destroying livelihoods, infrastructure and communities, forcing people from their homes, towns and even countries. In 2016 alone, extreme weather-related disasters displaced around 23.5 million people. This does not include the people forced to flee their homes as a consequence of slow-onset environmental degradation, such as droughts, sea level rise and melting permafrost. Bangladesh is on the frontline of these impacts and exceptionally vulnerable to climate change. It has been estimated that by 2050, one in every seven people in Bangladesh will be displaced by climate change.

Up to 18 million people may have to move because of sea level rise alone. With a projected 50 cm rise in sea level, Bangladesh may lose approximately 11% of its land, affecting an estimated 15 million people living in its low-lying coastal region. In addition to these impacts, coastal regions are suffering increasing frequency and severity of tropical storms, which cause loss of human life, damage to houses, property and infrastructure, and disruption of agriculture and other livelihoods.

"The historic Paris Agreement - 2016 , provides an opportunity for countries to strengthen the global response to the threat of climate change by keeping a global temperature rise this century well below 2 degrees Celsius and to pursue efforts to limit the temperature increase even further to 1.5 degrees Celsius. The world has warmed before, but never this quickly, and it is due in large part to human activities. For instance, the changes in the Arctic between just six years ago and now are shocking. People in most parts of the world are seeing and feeling the impacts.

We can limit global temperature rise to less than 2 degrees if we take action now. We need all countries and all sectors of society to act now and raise our voice —it is in the interests of everyone. It is doable. 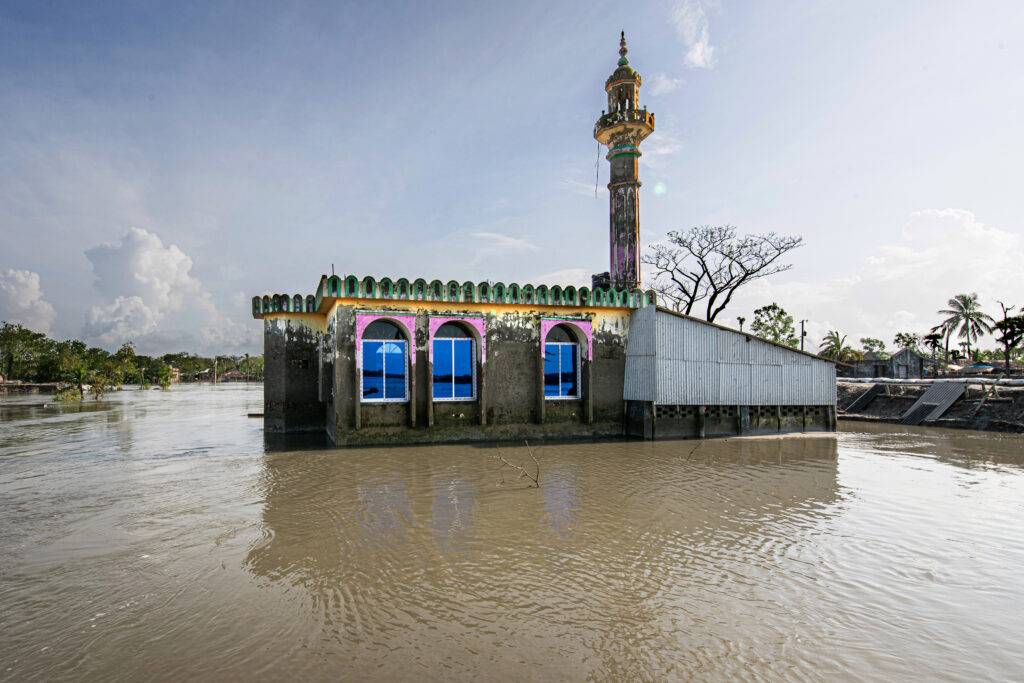 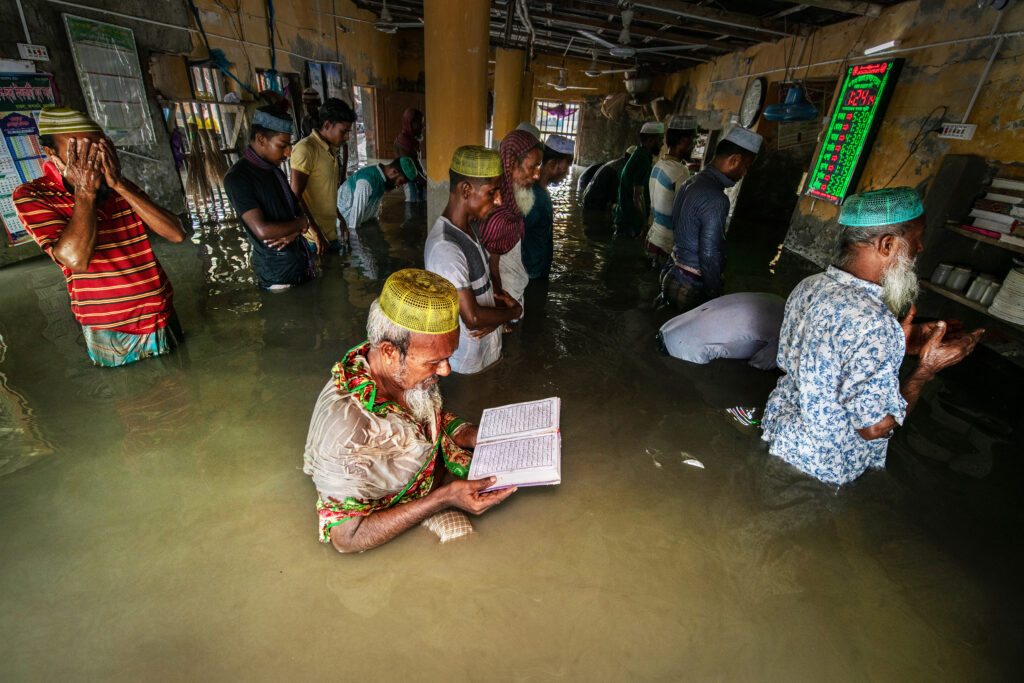 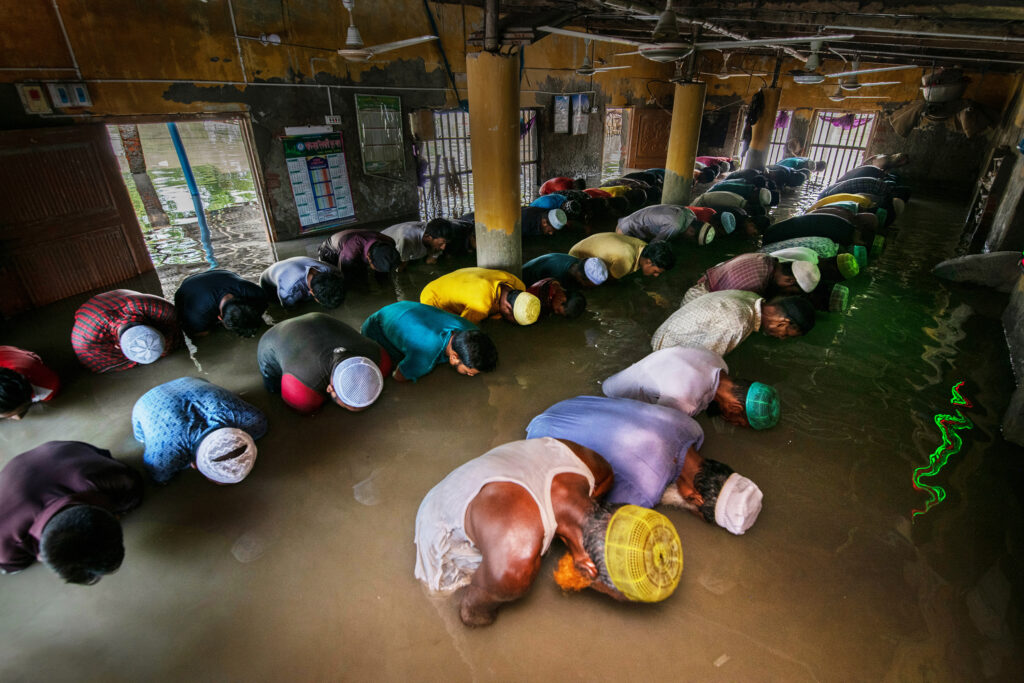 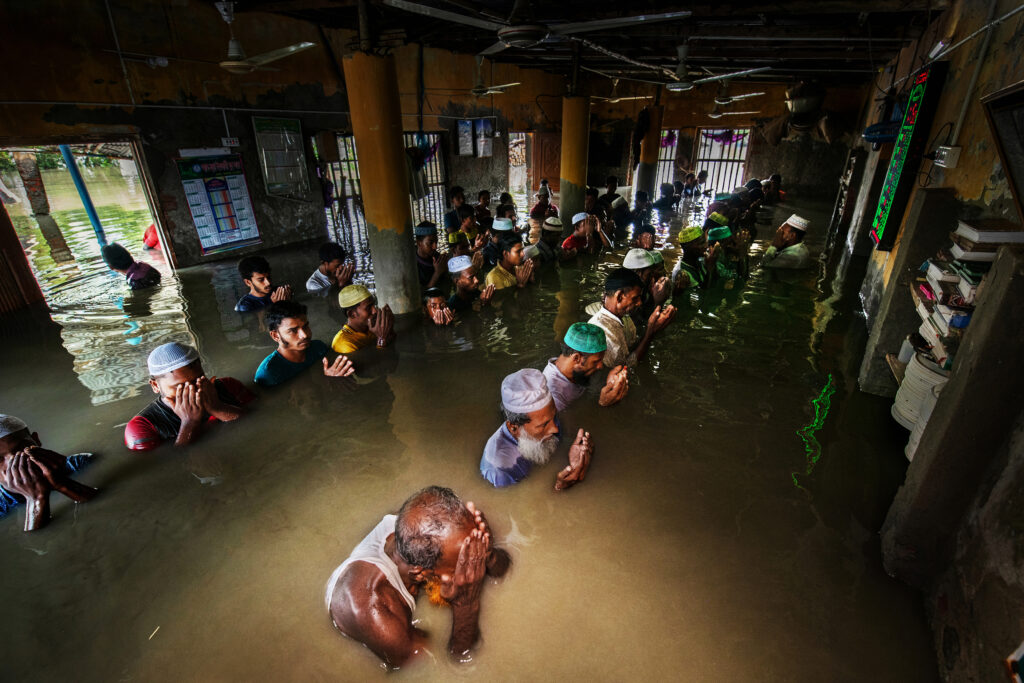 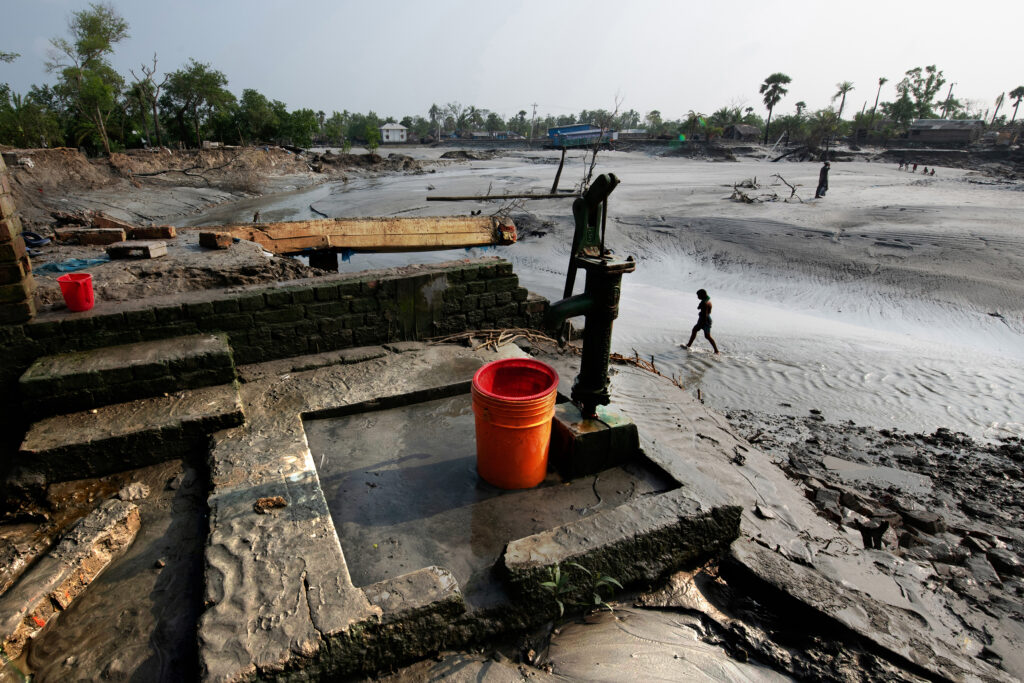 05. Waiting for the last tide 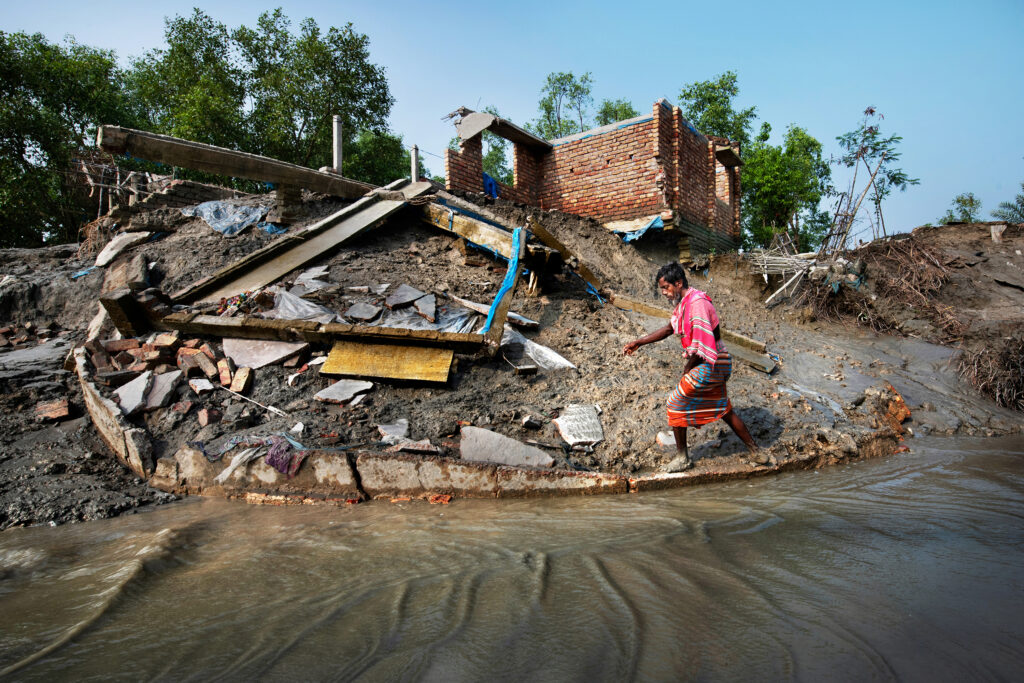 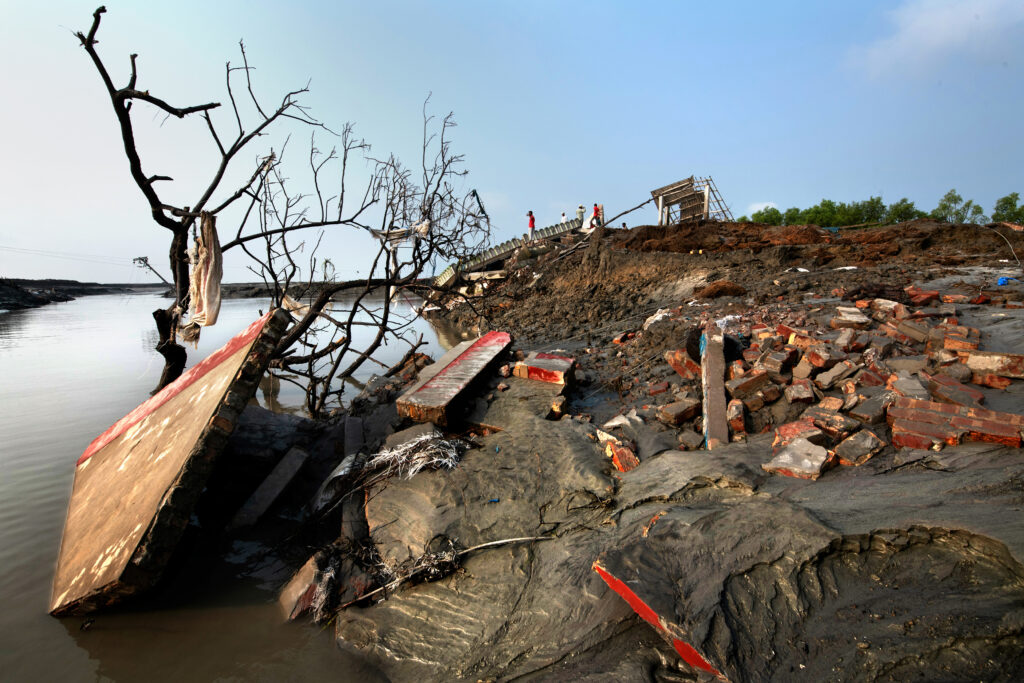 Destroyed everything by high tide with heavy current 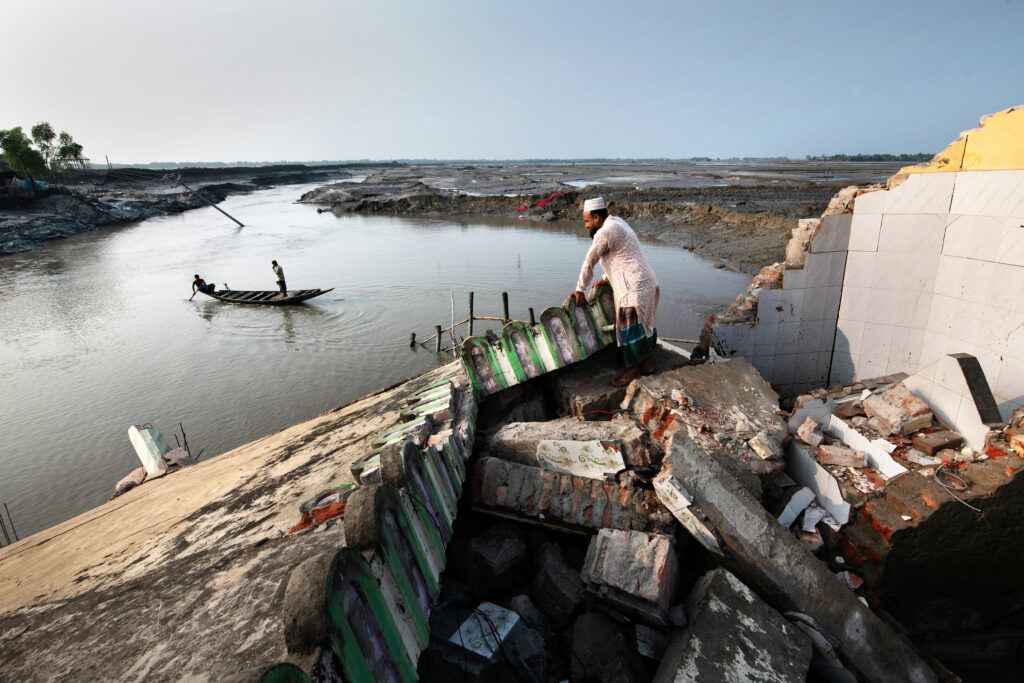 Finally the mosque and property of locality destroy 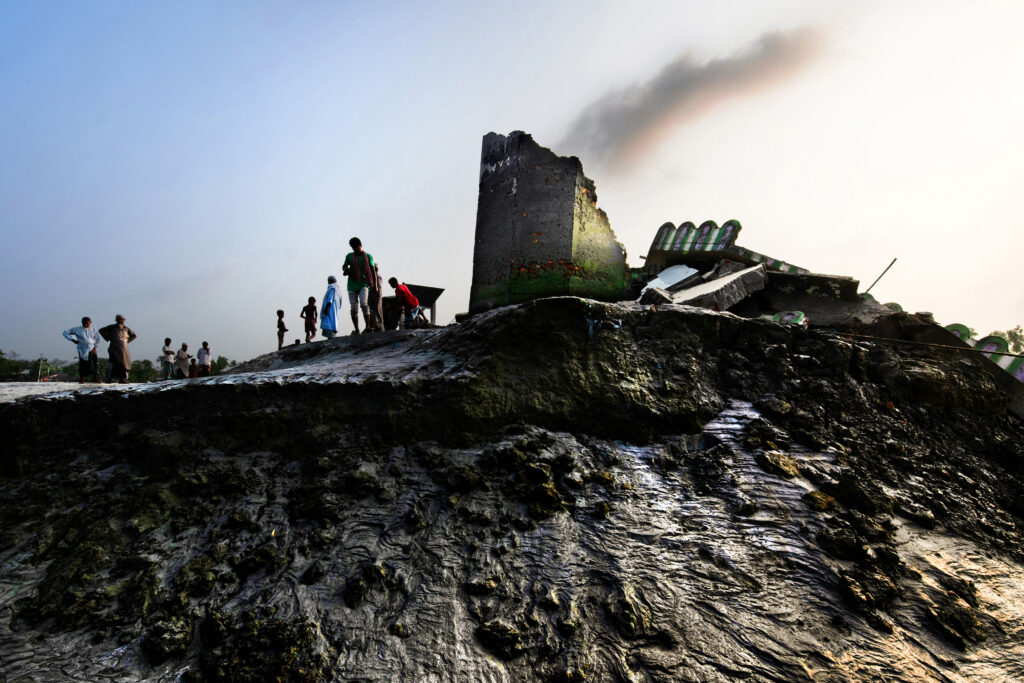 people become hopeless and helpless after loose everything 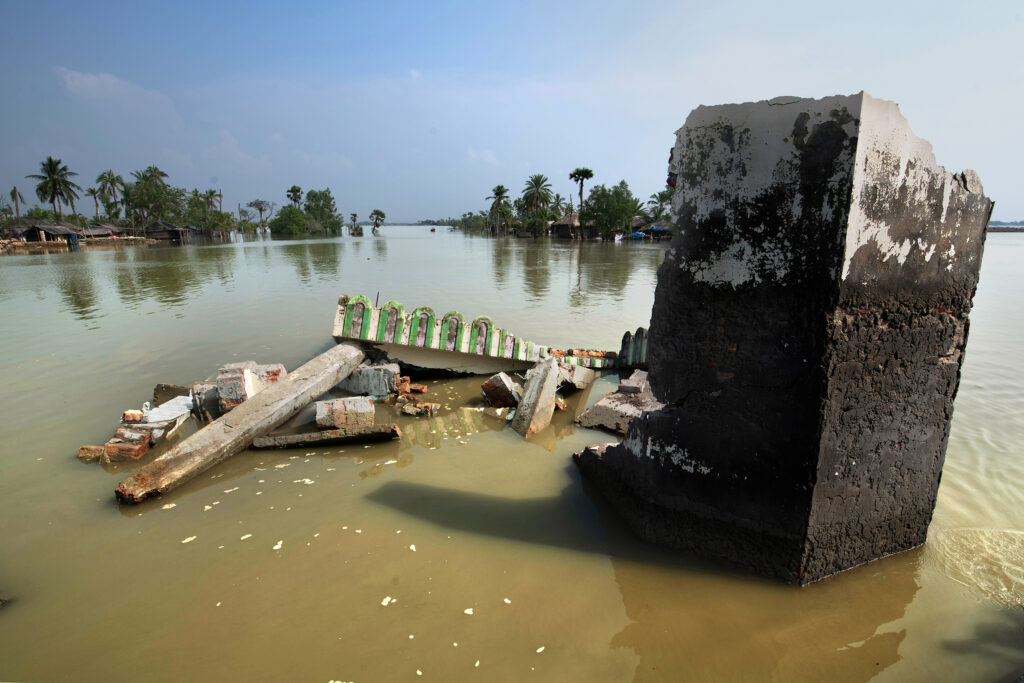