Bloody placards with dead animals and mutilated people occupy the sidewalk in front of the Ministry of Environment. "That is Igor's goat," a voice says, and the index finger points to one of them. Officially, the protest was initiated by people who have suffered from bear attacks, but among the angry faces many belong to the hunters. A man walks among them with a big teddy bear head under his armpit. Minister Tanczos Barna arrives, shakes hands with some of the protesters and invites them to talks. "He said: are you coming to talks at one o'clock? We are! ”, another voice says.

Talks. For years, bears have been a very hot topic in Romania. The discussions are endless. "Clearly, the acceptance, the social tolerance of the species has decreased among humans." It's probably one of the few things about bears that everyone agrees upon: biologists, conservationists, hunters, mayors, people who have suffered from bear attacks. That and its Latin name, Ursus arctos. Otherwise, opinions are divided on what concerns everything else: the actual number of bears, the theory that they have multiplied a lot, that they have changed their behaviour, the habitats’ capacity of support, the effectiveness of relocations, the benefits or disadvantages of artificial feeding, the studies that should be done or the solutions that should be implemented, but also the causes that led to this conflict.

The day I was born, I received a small, yellowish teddy bear with rough fur and brown Chinese plastic eyes. I still have it today. Growing up, I didn't have dolls, but more teddy bears, whose ears I turned into pigtails. I have always lived with the feeling that they are my soul animals, without knowing or understanding them too well, but enjoying every photo or documentary about them. Until last year, I had not seen a bear up close, except the time I was a child and my parents took me to the zoo. I'm not a wildlife photographer. At the beginning of this year I decided I wanted to tell, in my own way, through documentary photography, the story of brown bears in Romania and the complexities of their cohabitation with humans.

Romania is home to the largest population of brown bears in the European Union, where the species is strictly protected and the second largest in Europe, after the European part of Russia. The official number of bears is over 6,000, but exactly how many there are depends on whom you ask: environmentalists, officials or hunting associations who advocate for the reinstatement of hunting quotas for bears.

In 2016, with the Habitats Directive, Romania banned the trophy hunting of large carnivores, such as bears and wolves. But, under successive governments, derogations have always been granted for the extraction of "problematic" bears, which cause harm or damages to humans. Since 2016, tensions have been rising, fuelled by numerous negative media articles about the bears, first predominantly in the local press, then in the national one. Some voices blame EU policies that impose the species protection, but leave the countries that have a significant number of bears, like Romania, to deal with the issues alone. All while other Western European countries have almost none and won’t accept to take some in.

As a result, in July of this year, the Minister of Environment issued an emergency ordinance allowing the immediate intervention, within 24 hours, on bears that enter the communities. The ordinance provides that the intervention is carried out gradually, by the following methods: casting out by various means, tranquillisation and relocation, extraction by shooting.

The complexity of the situation is huge, with so many aspects in need of attention and long-term scientific studies. Romania has done none. In the public opinion debate, there are two sides, but their positions very much oversimplify the matter. One one hand there are people who claim bears have multiplied a lot and that is what’s causing all the problems. This theory is mostly supported by hunters, who put it on non-intervention and the ban on hunting. On the other hand, there are people who advocate for the species’ protection and blame the human intervention and expansion into the bears’ habitat for the current situation. If only it were that simple.

"We can't say whether they have multiplied or not because, from my point of view, we have absolutely no previous data set on the size of the population before and I honestly don't think we will have even after this attempt to count genetically, ”says Csaba Domokos, a biologist, with a master’s degree in wildlife management and a member Milvus Group, a nature conservation NGO, since 2004. He has been working on a brown bear monitoring, conservation and research project for over ten years.

In the summer of this year, because of accusations that the assessments on Romania’s bear population war never based on solid figures, in other words that no national count based on modern techniques has ever been done, the government announced a new census project, funded by European funds. They will spend 11 million euros for the counting based on genetic tests, 1140 electric fences and a complex in Brasov where about 100 bears will be monitored.

"For a man who does not understand," says Bogdan Sulica, a ranger with Conservation Carpathia Foundation., "it is simplest to say that there are too many bears and that is why we have problems. It's the most convenient explanation. In all this scandal so far, in all this madness, through the media, does anyone talk about causes? No, the only reason is that in 2016 the hunting stopped. Really?!”

"The key to the bear's long-term survival is social acceptance. Because we just don't have wild areas, I see it from the data from the collars, we don't have that wilderness, or if we do, they are very small patches ", says Domokos. “So in the end, most of this bear population, either permanently or seasonally during the year, will be exactly in the vicinity of the localities, on agricultural crops, on hayfields, practically in landscapes that are maintained by men. ”

"Actually, the whole discussion is not about the number of bears, but about what we do in the background," the ranger continues. "It is important to have as low a level of conflict as possible and then everyone is happy. I don't think anyone, we're talking about shepherds, ordinary villagers, I don't think they want fewer bears. They want to have no problems. In the streets, people don’t shout we want fewer bears, they shout we don't want problems anymore. ”

Domokos mentions a study published by the British Ecological Society, which investigated the patterns of brown bear damages and its ecological and socio-economic correlations on a continental scale, with information from 26 European countries in the period of 2005–2012. The study concludes: "We found no association between the number of damages and the number of bears."

But damages and claiming to prevent them has aways been a way to justify the killing of bears. "From the moment we entered the European Union and hunting in the classical sense was practically no longer possible, to argue its necessity, you need a derogation from the protection status. That thing with the damages is a loophole ", says Domokos. The derogation from the law is given by a decision taken by the Ministry of Environment, following the analysis of a file with data on "problematic bears", those specimens that reach communities and cause material damages or even human casualties.

The problem with these derogations is that sometimes the problematic bears are not the ones extracted, and keep being used for new ones. “The important thing is, if there are serious problems and a bear needs to be eliminated, at least eliminate those are causing the problems," says Mihai Zotta, technical director at the Carpathia Conservation Foundation. "Not the wild bears; because the foreign hunter does not come to shoot at the trash site [where bears come looking for food], he wants a natural, beautiful setting and a fat, wild bear, a trophy. And then, unfortunately, wild bears were killed, and the “garbage” bears were used also next year, for another derogation.” Zotta's words remind of those of a hunting guard that asked to remain anonymous. "Out of four bears with derogation, they never extracted the bear for which the derogation was requested. A bigger, trophy bear was being hunted. It is a phenomenon common throughout the country and well known in the industry. "

Domokos believes that people's actual problems, and actual problems exist, can be solved through prevention methods, such as properly installed electric fences. "This, in principle, solves the vast majority of problems, although I also realise that the whole country cannot be fenced off. There will still be damages and those must be paid in the least bureaucratic way possible and as quickly as possible. This is the absolute minimum necessary for us to be able to live with this species, because I am convinced that hunting itself does not solve the damages thing. ” The exception, in Domokos's eyes, would be the elimination of animals that actually cause problems repeatedly and cause serious damage. From his point of view, they should be shot, because, allowed to continue what they do, they harm the entire bear population. "Because people will judge the species by those few individuals who behave abnormally in the end.”

In an interview this year, Minister Tanczos Barna said that “human life comes first”, no matter what. His statement came somehow in response to a question that frequently appeared in the public space: “what is more important: a bear’s life or a human life?”. Barna, originally coming from Miercurea Ciuc in Harghita county, has always lobbied in favor of hunting. Back in 2015, when he was a senator, Minister Tanczos Barna claimed that "we cannot turn Romania into the zoo of Europe." In 2019, he proposed an amendment to the Hunting Law that would give the green light to bear hunting again.

The question is something hunters have used in their speech as well. At the protest against bears held in Bucharest this June, Petre Mamaliga, 44 years old, from a hunting association, said: “Since hunting was restricted, I don't know if there still is a coexistence between animals and humans. From my point of view, I think a human life is much more important than an animal's life. "

The fact remains that there is a whole industry around hunting: from the money paid for the act of shooting - no small fee, especially for bears - to taxidermy, from the weapons and hunting equipment trade to the food industry. And it revolves around that moment of pressing the trigger for which "there are also rich Romanians and rich foreigners who come.”

For the current "tragic situation of life and death", Benke, the long-time hunter, blames the politicians. On the one hand, the technocratic government of 2016 that banned bear hunting, and on the other hand, the current coalition for the "blockade" created because they do not want to lose voters.

But while officials, politicians, biologists, NGOs and hunters cannot agree on the causes and the solutions to the problem, and without concrete action from the authorities, ordinary people - and bears - are suffering.

The hope for a long-lasting peaceful cohabitation with bears lies in humans not being a species that’s slow to explore and understand, and rather quick to overtake and control.
"I am really convinced that we must somehow manage this problem and that we must relearn a cohabitation with this animal", says Domokos, "because if not, it is clear that there will be problems for bears in Romania. In Romania, they have to live with us, because, in the end, there is simply no place to exile them. ” 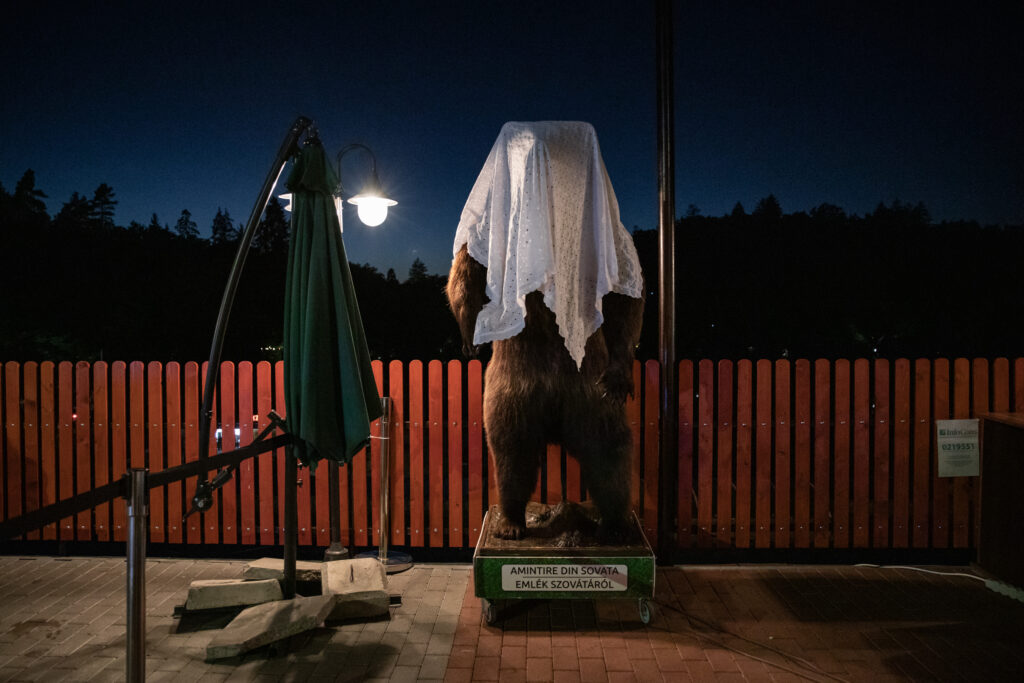 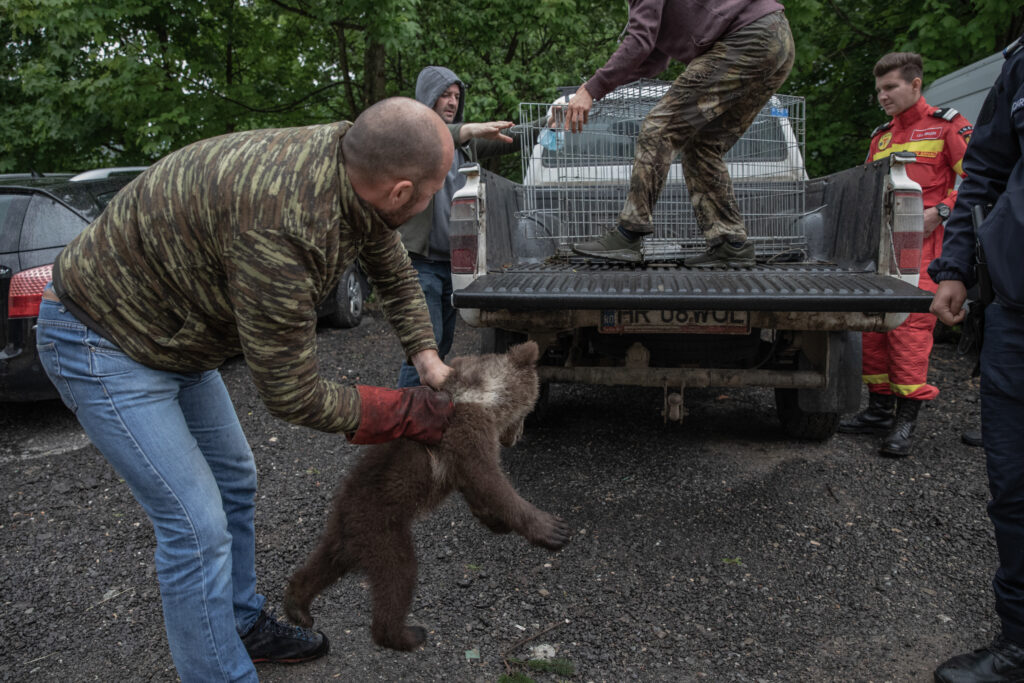 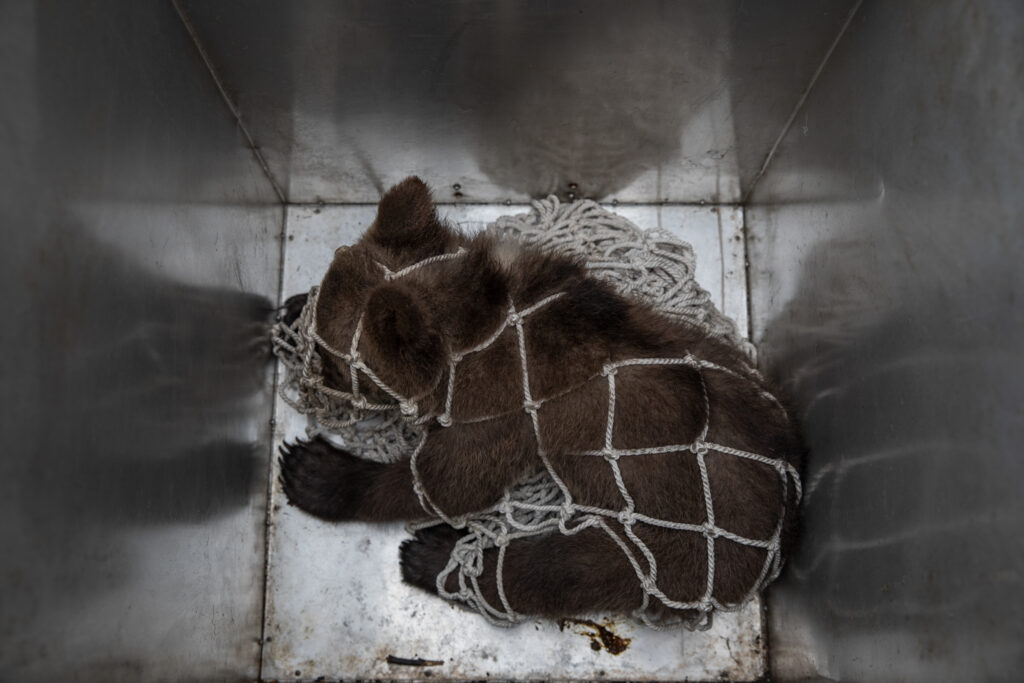 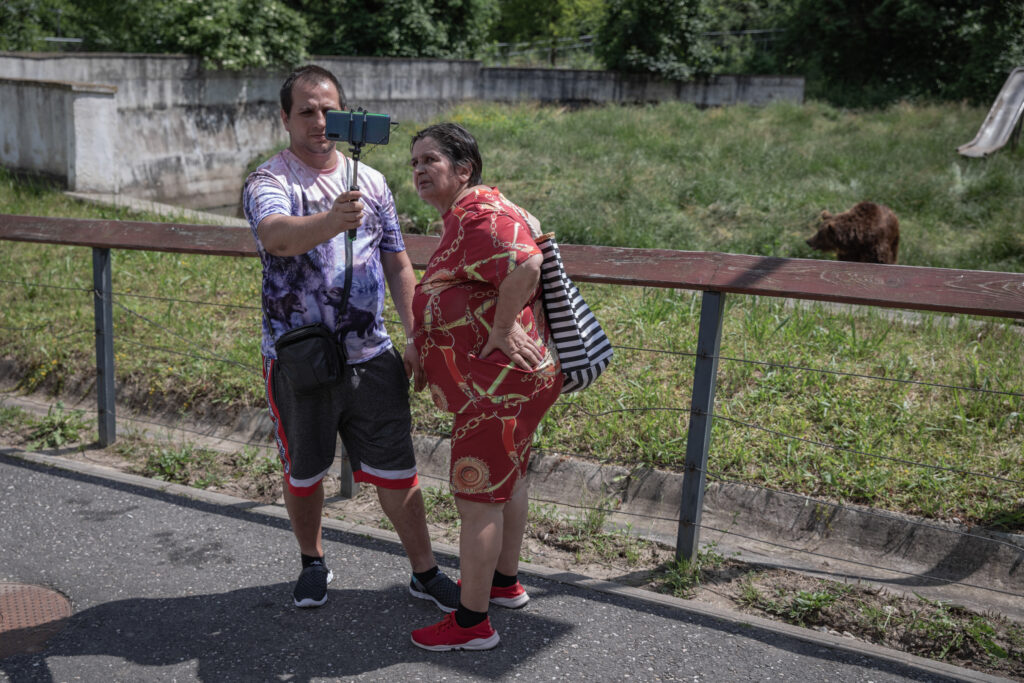 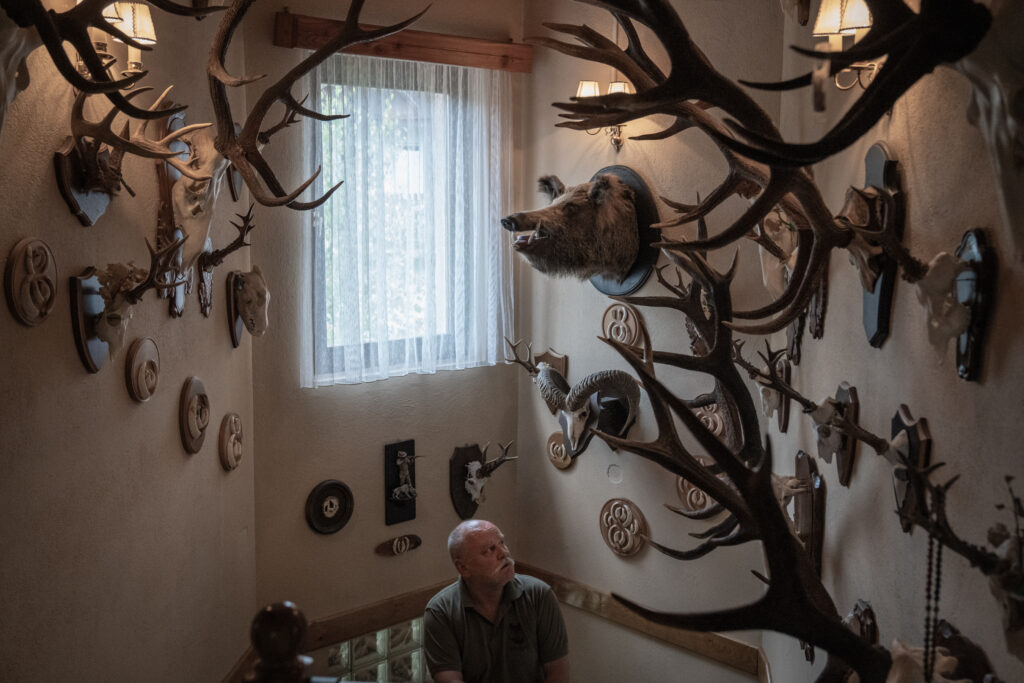 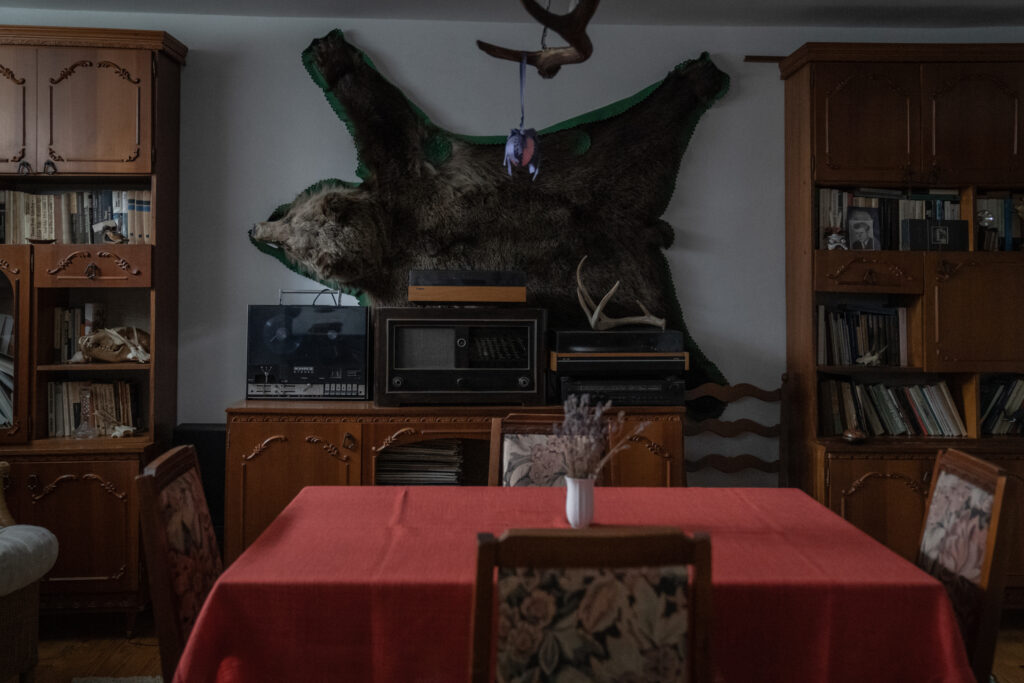 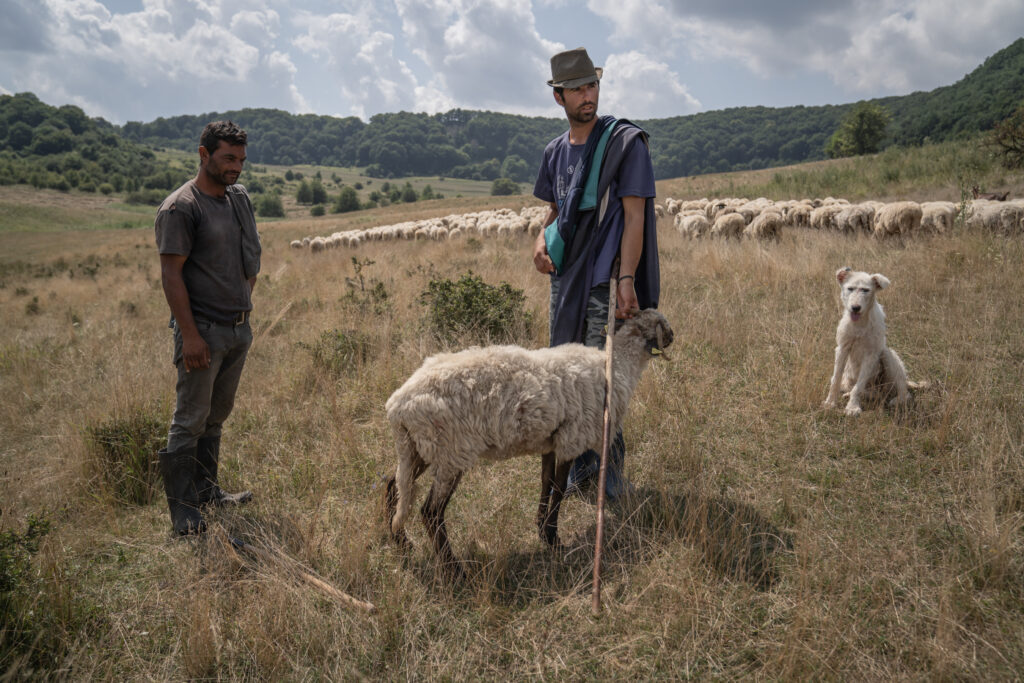 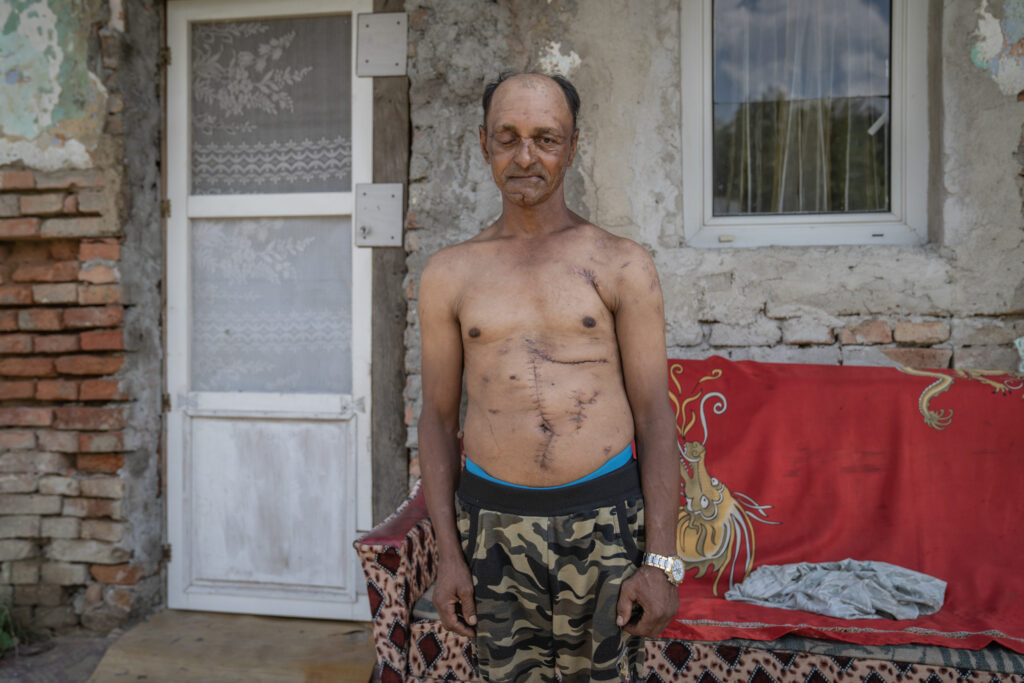 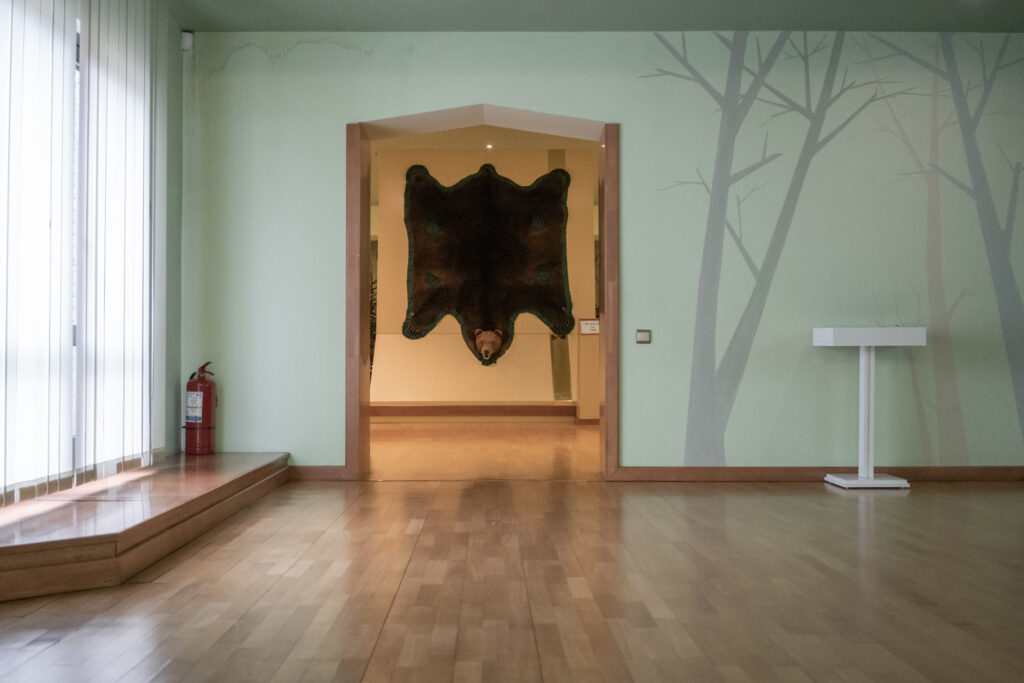 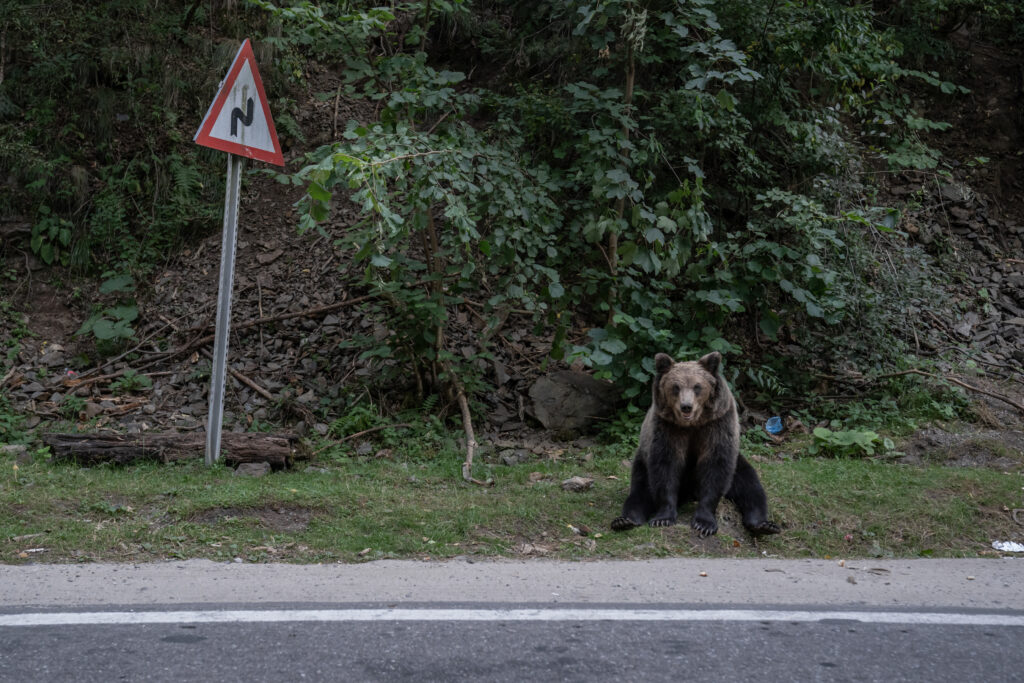 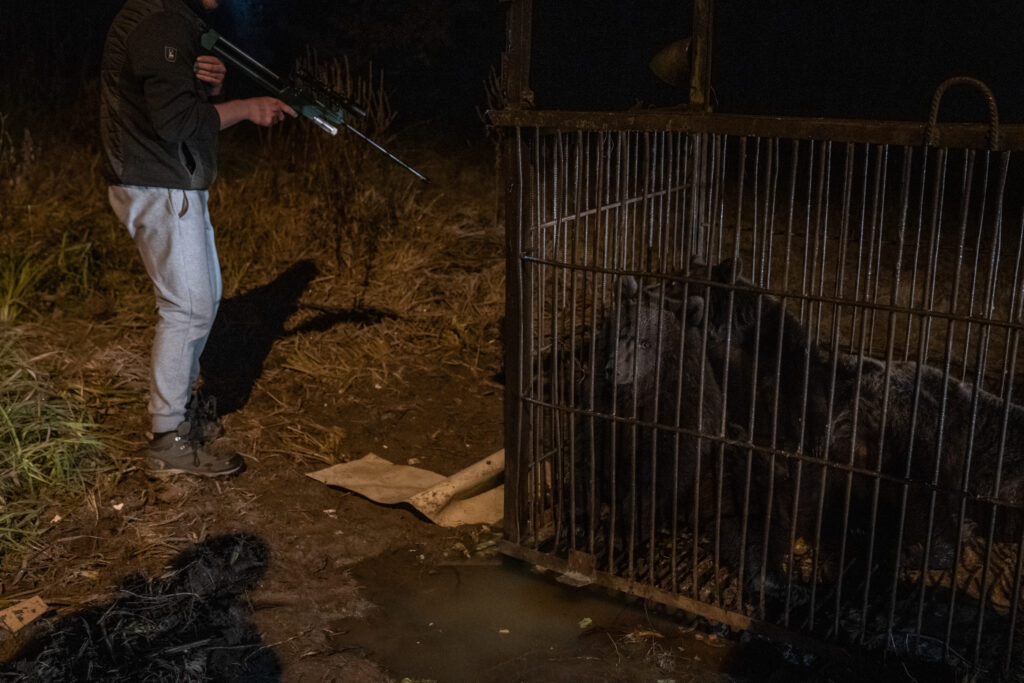 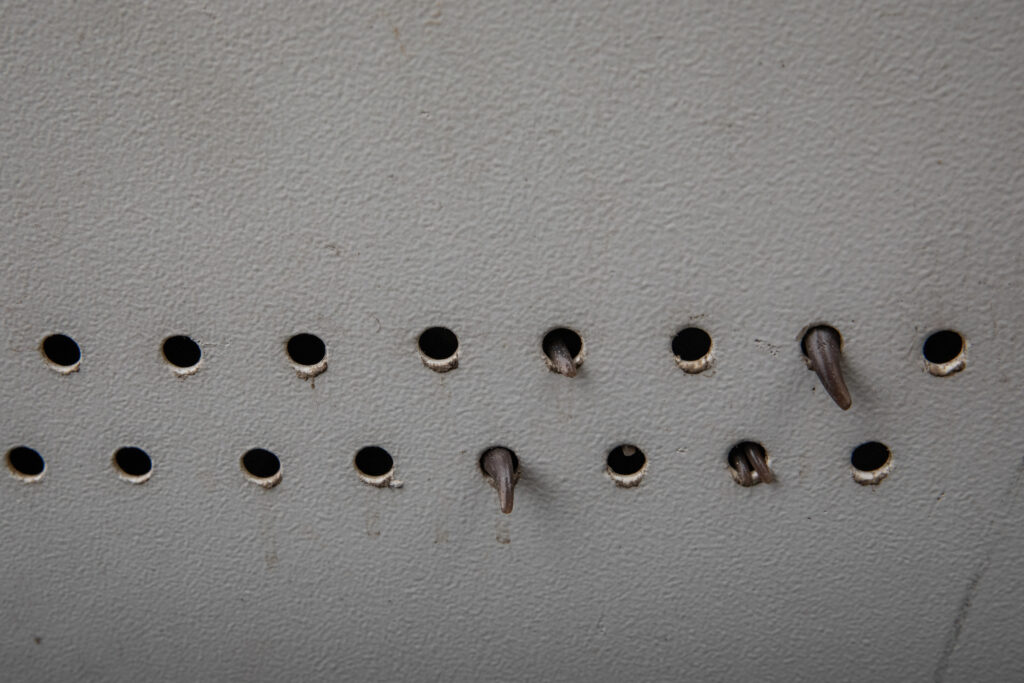