2019 marked a turning point in Hong Kong’s history. A proposal for an amendment of an extradition law by the Hong Kong government sparked a series of mass demonstrations.

The effects of the pro-democracy movement, the anti-Beijing sentiment and the increased social engagement may change the cities political future. The many demonstrations led to violent clashes between protesters and police, thousands of arrests, broken families, a damaged image of the police force and what seems to be an irreconcilable generational conflict.

Besides, the governments’ inapt reaction resulted in a loss of the credibility of the city’s political elite, indicating that the social unrest may continue for some time.

After months of unrest and violent clashes between groups of pro-democracy protesters and the Hong Kong police in 2019, 2020 marked a new reality for the population of the Chinese Special Administrative Region.

The year started with massive demonstrations occupying the streets, evidencing that the political turbulence would be again part of the city’s daily life.

Rallies, protests and fash-mobs continued to emerge daily during the first months of 2020 in an attempt of Hong Kong’s people to manifest a clear resistance to Beijing’s tightening grip.

In retaliation to the events and dissent, the Chinese central government approved on 30 June during the National People’s Congress an unpopular National Security Law for Hong Kong, imposing a series of measures that criminalises political activities and that led to the arrests of pro-democracy activists and politicians.

As a result, businesses that supported the movement changed their profiles, removed pro-democracy posters and social media posts. Hongkongers began looking for ways to leave the city, feeling that the law would fundamentally damage their rights of expression and freedom.

These pictures were taken during some of the main protests, clashes, rallies and assemblies that culminated in this new situation where the Chinese government puts a muzzle on the pro-democracy camp – between June 2019 and June 2020. 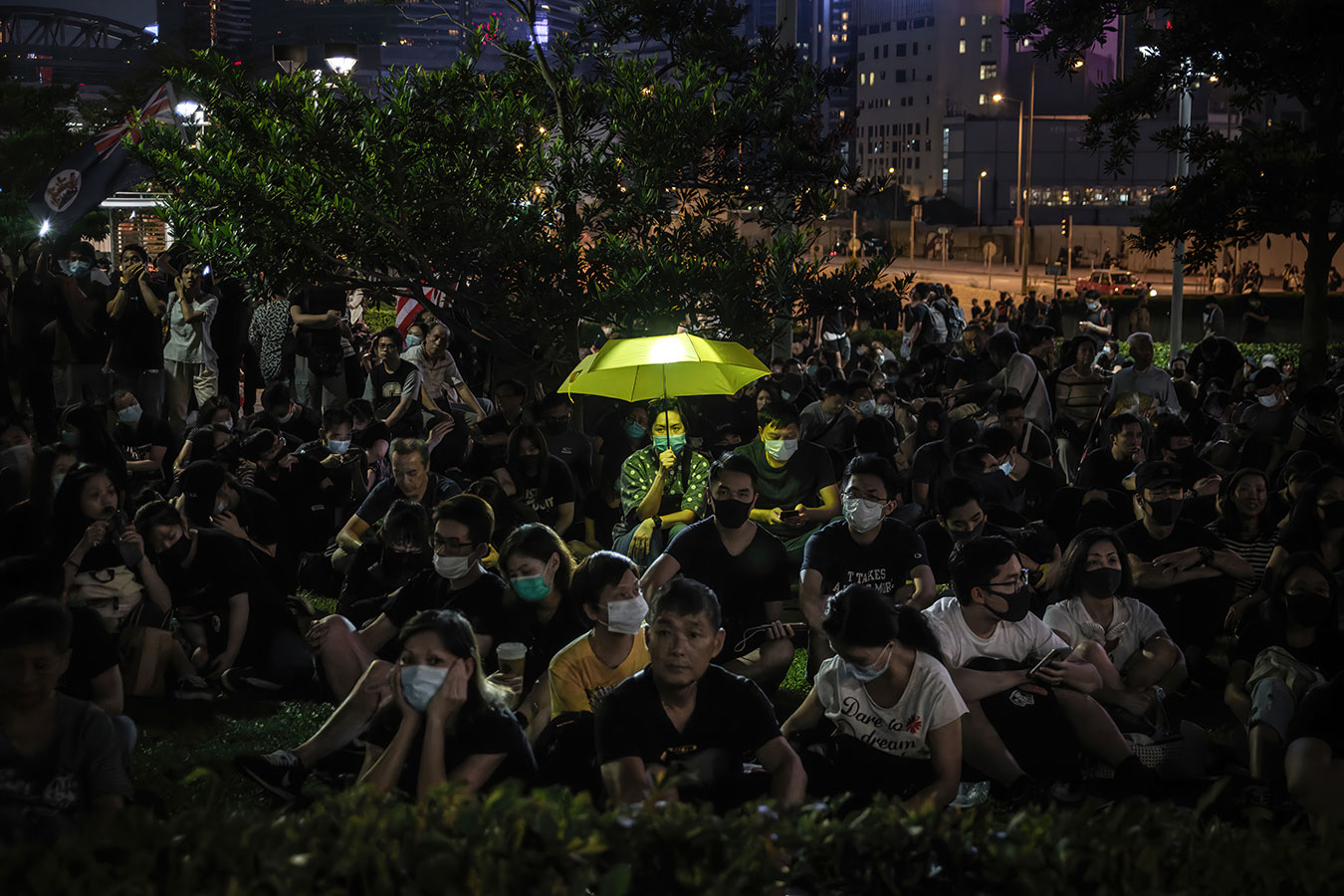 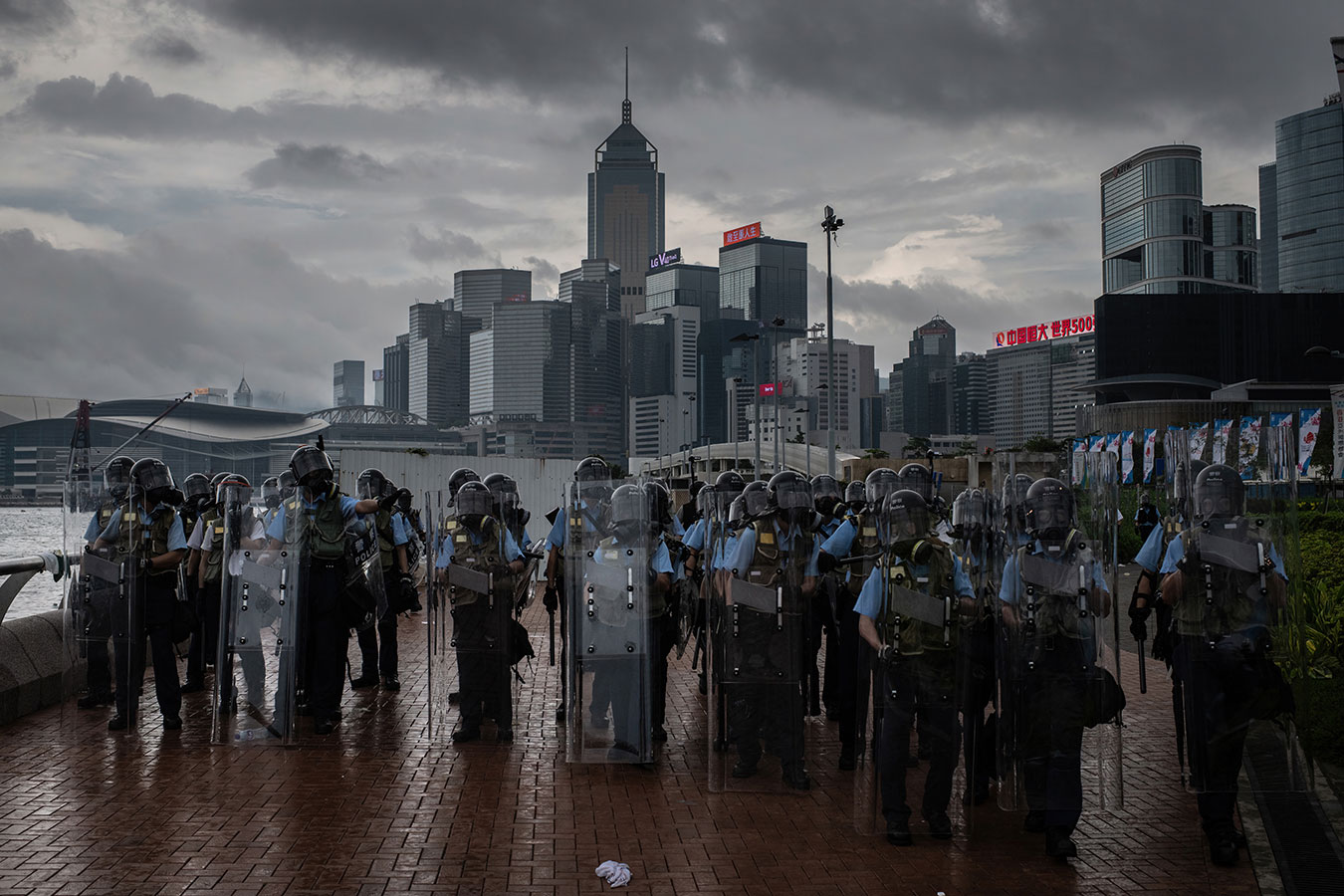 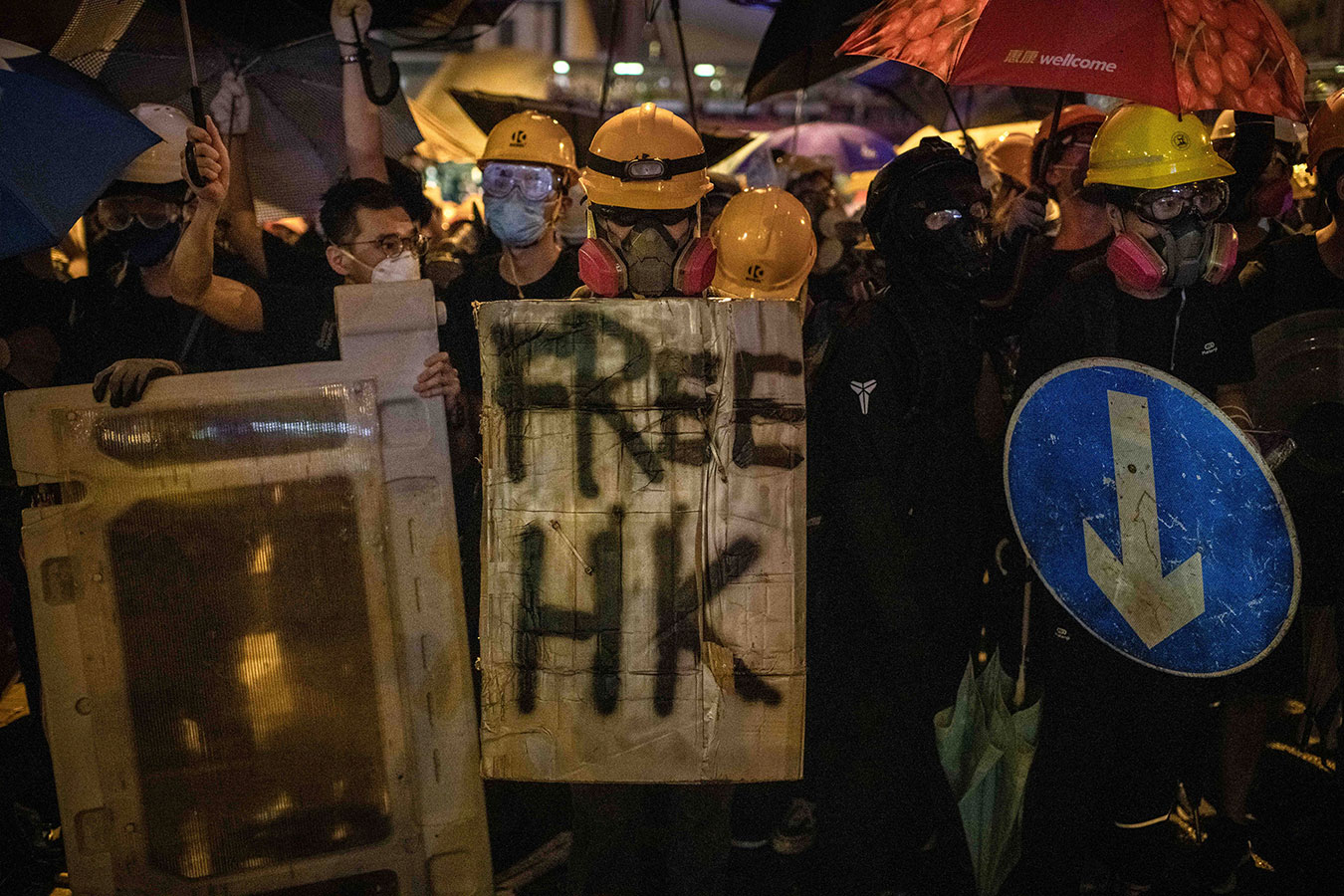 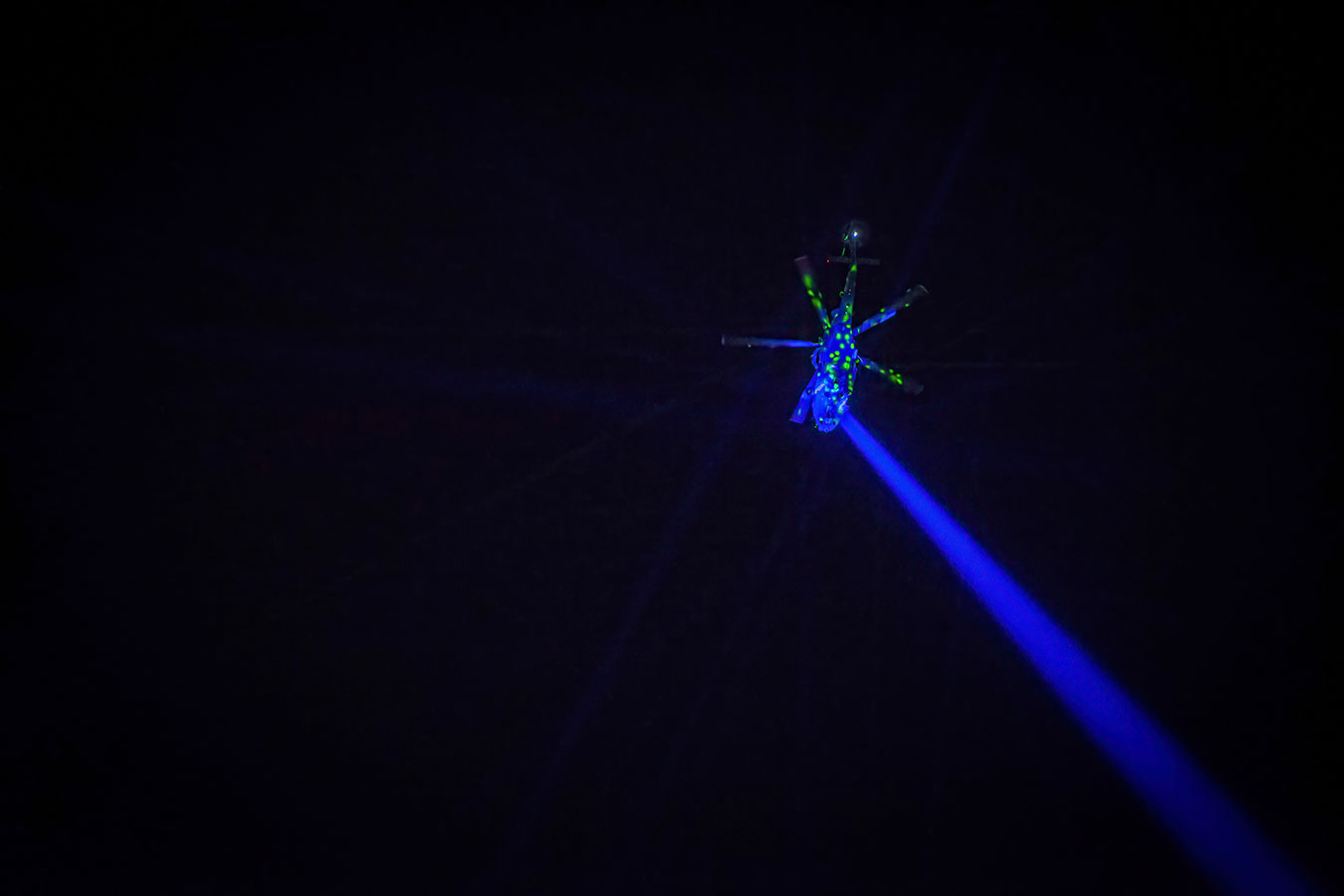 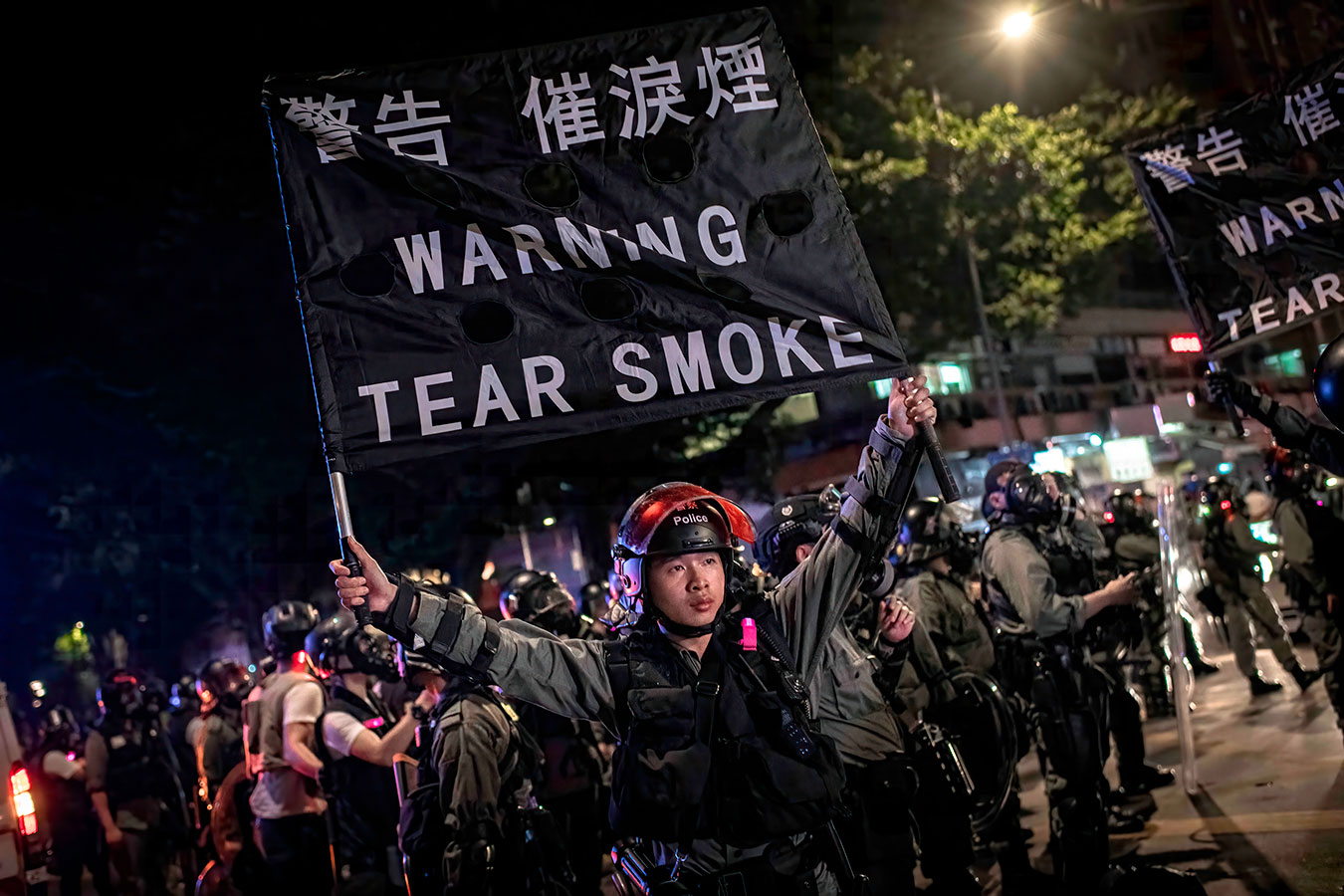 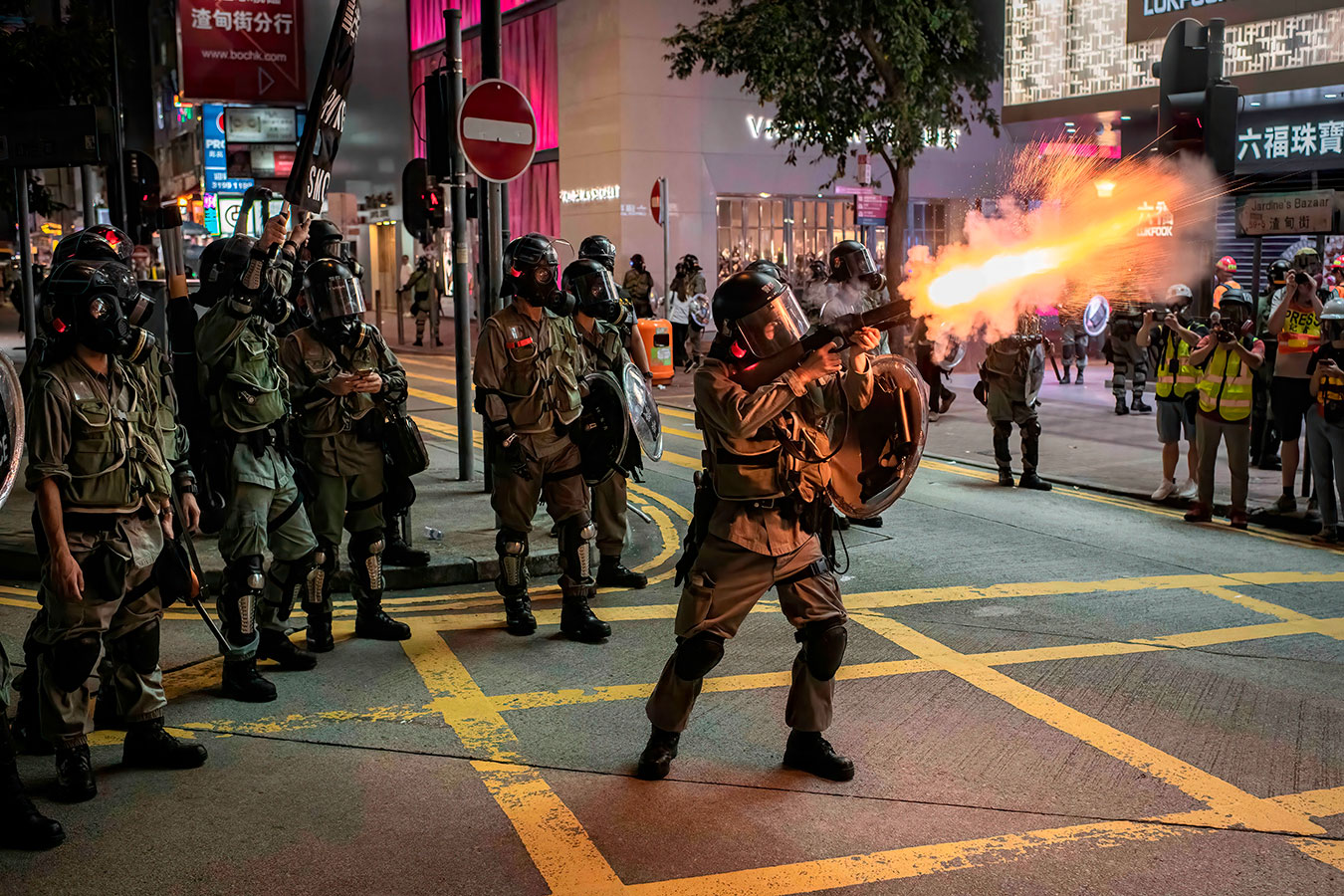 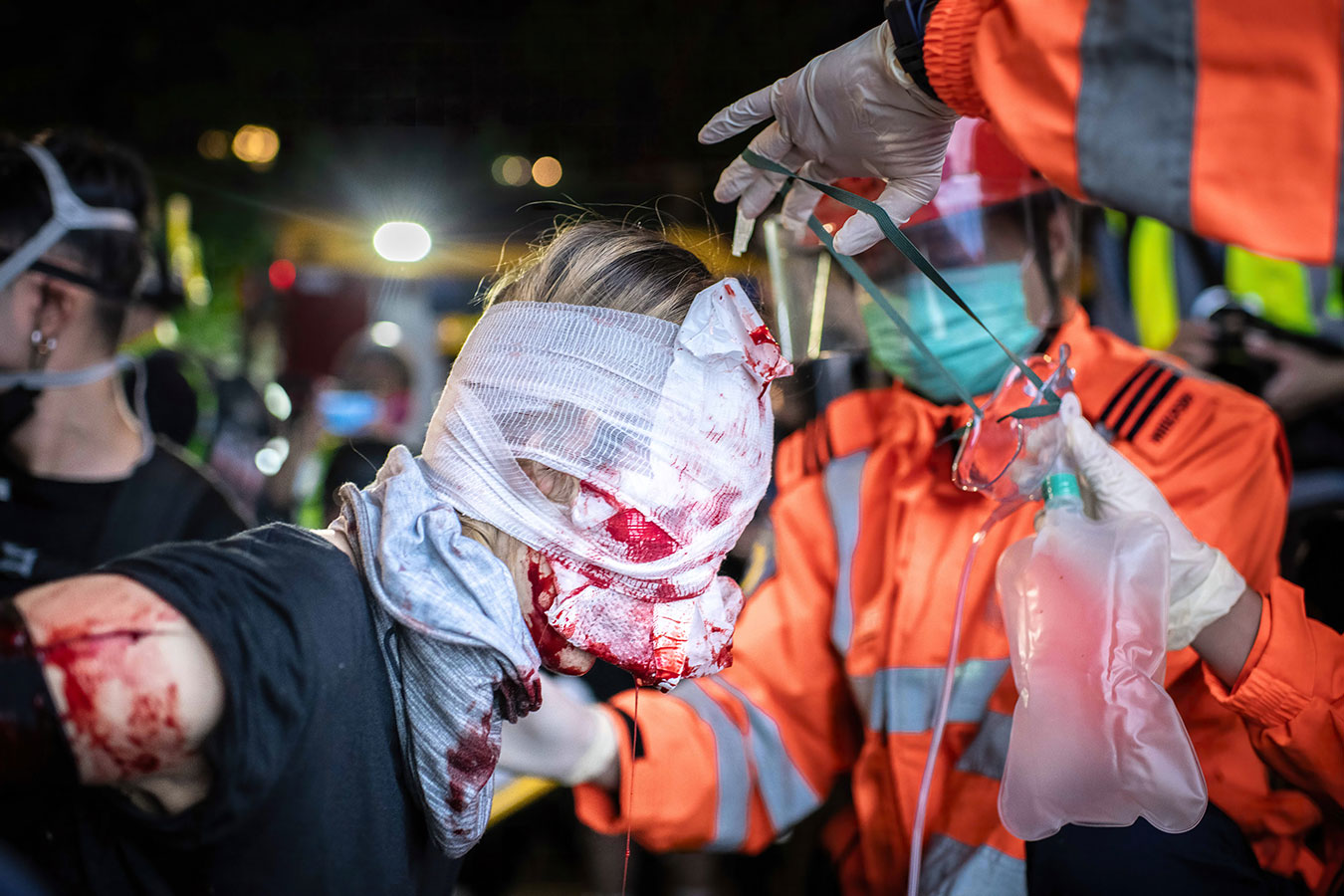 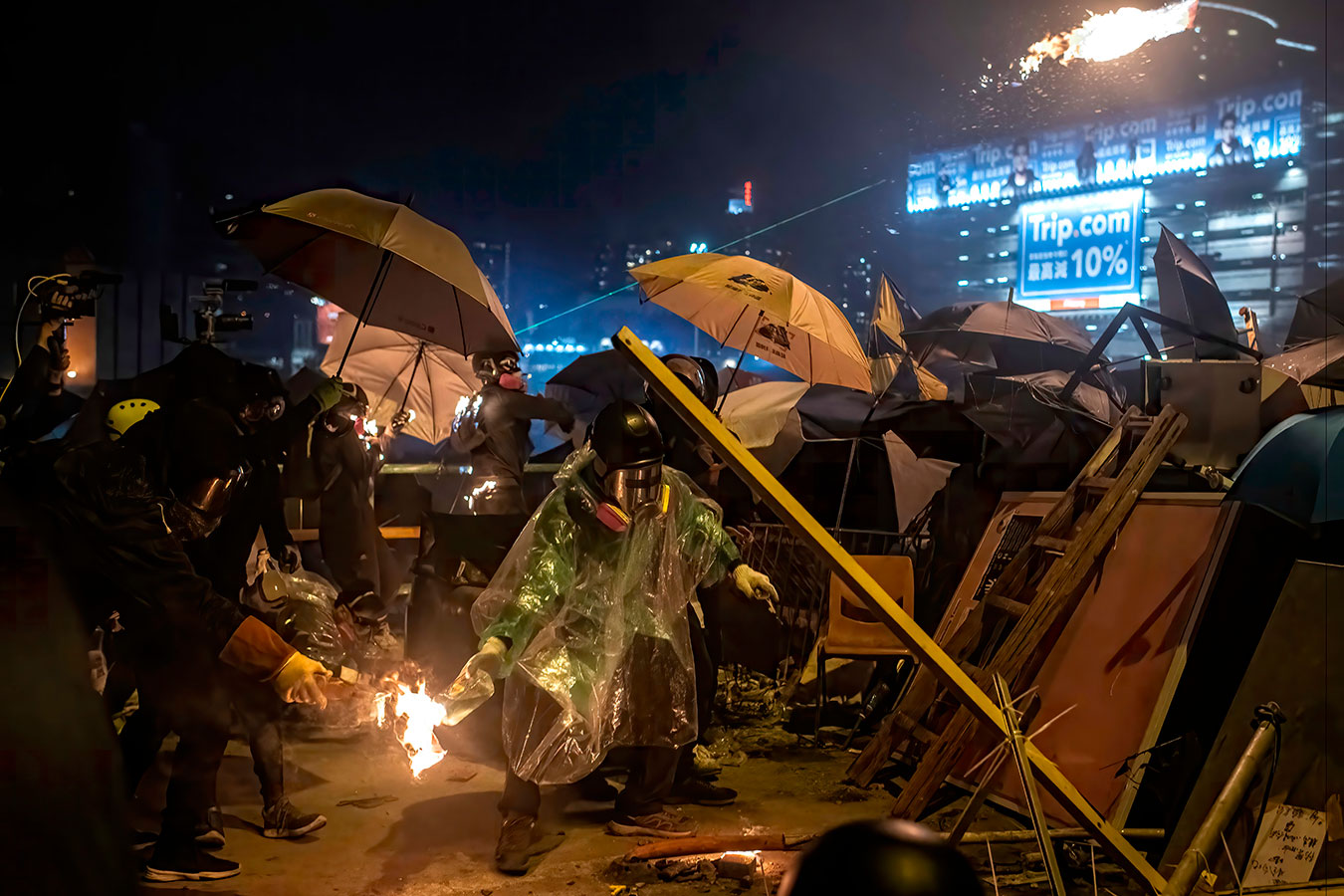 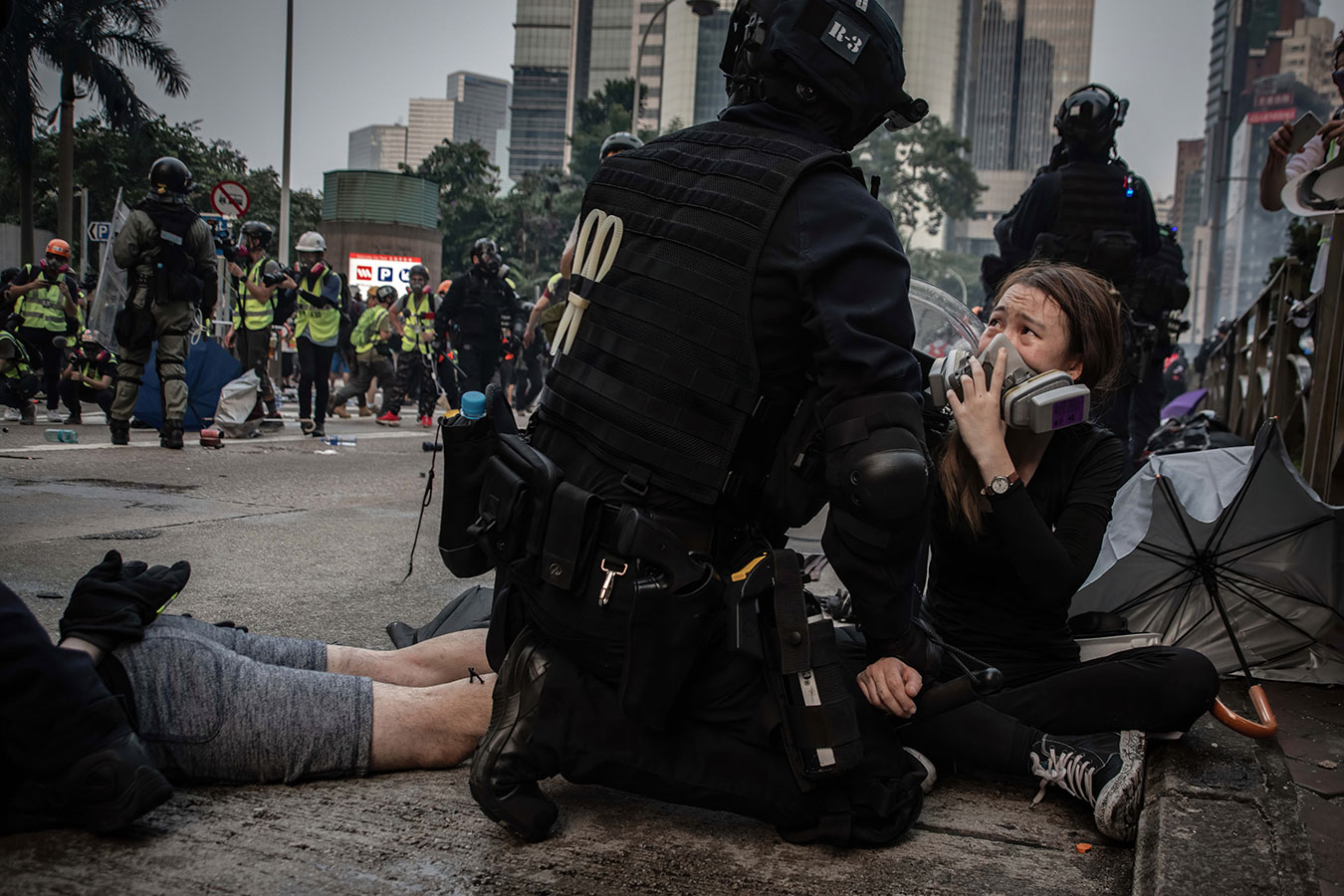 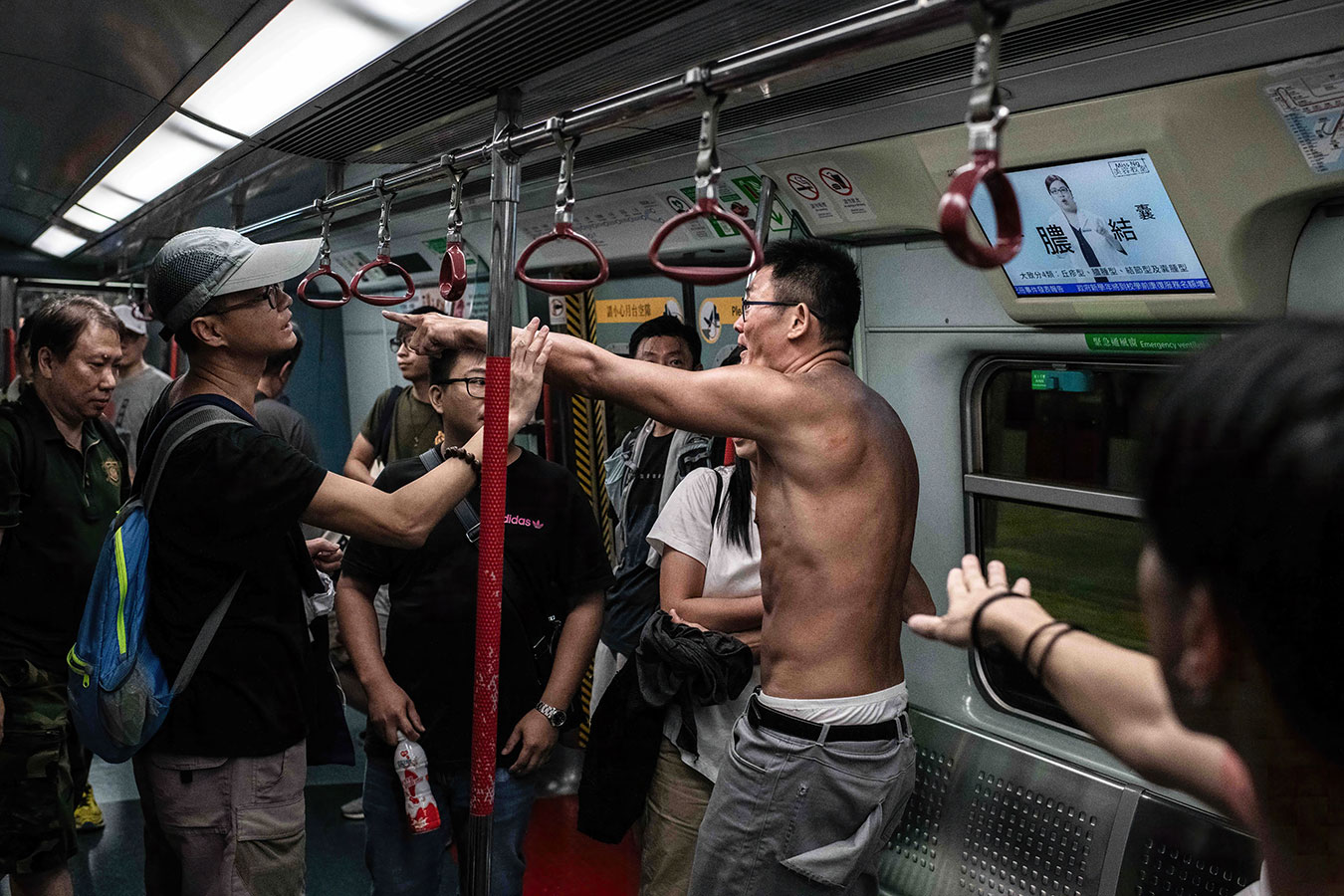 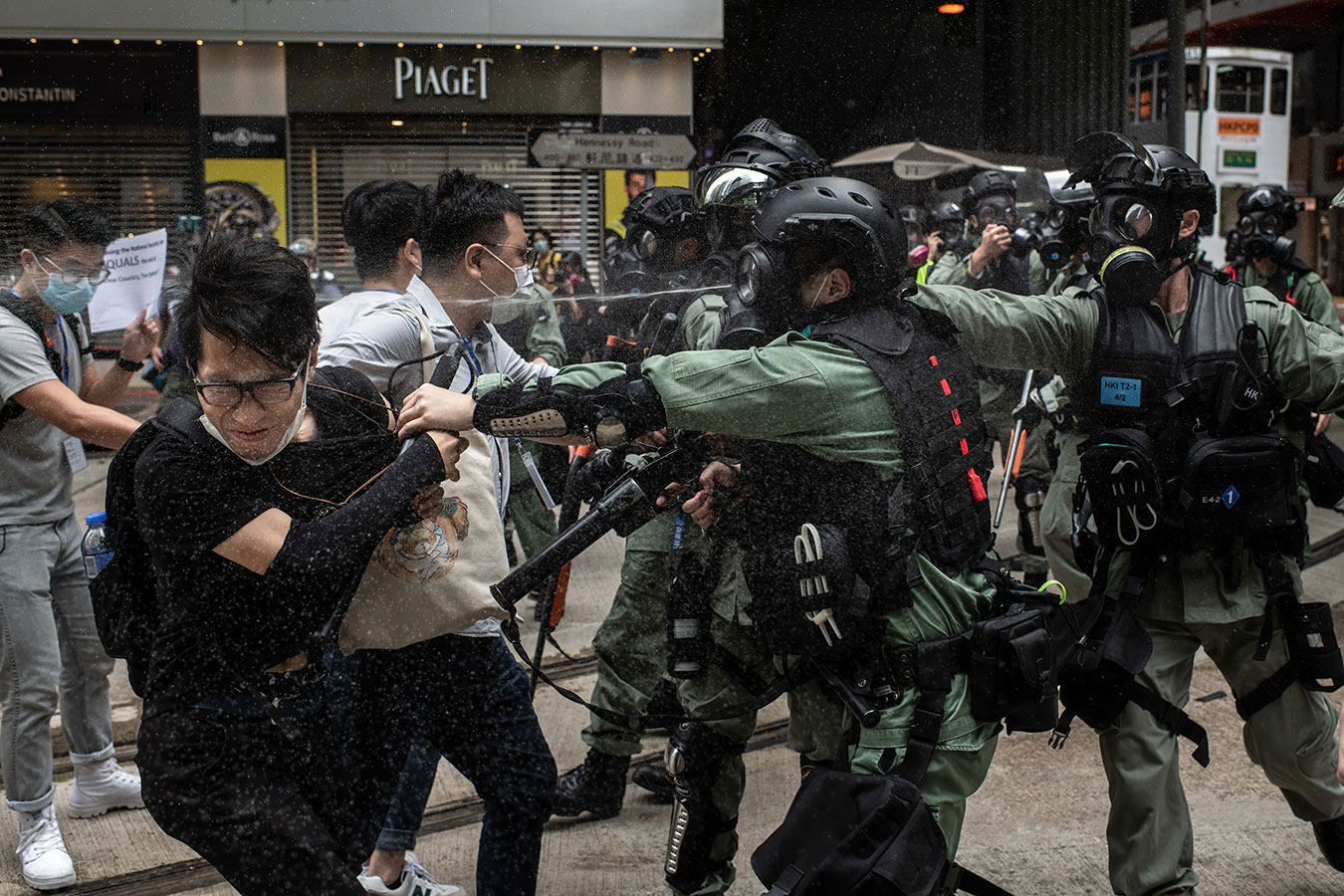 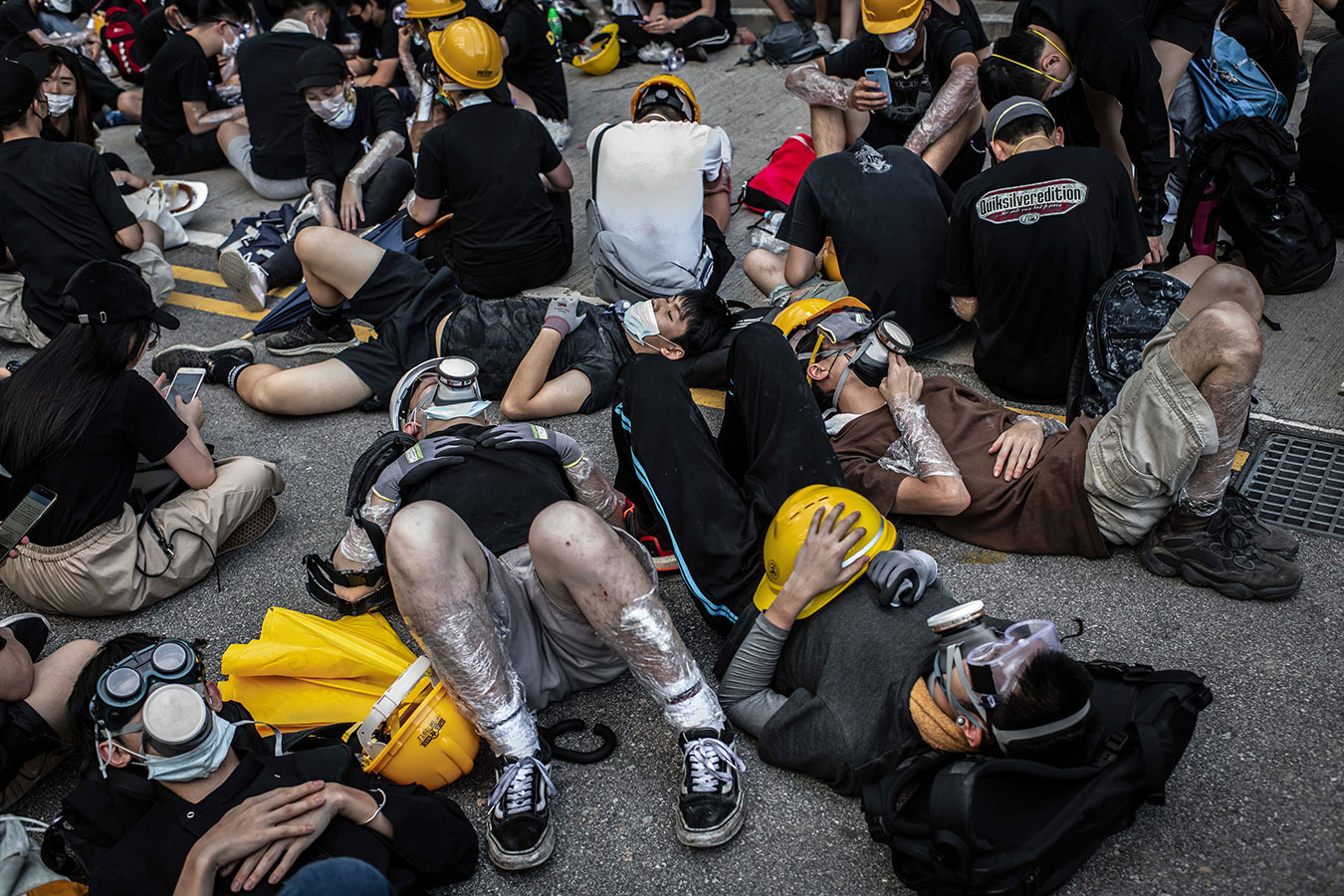